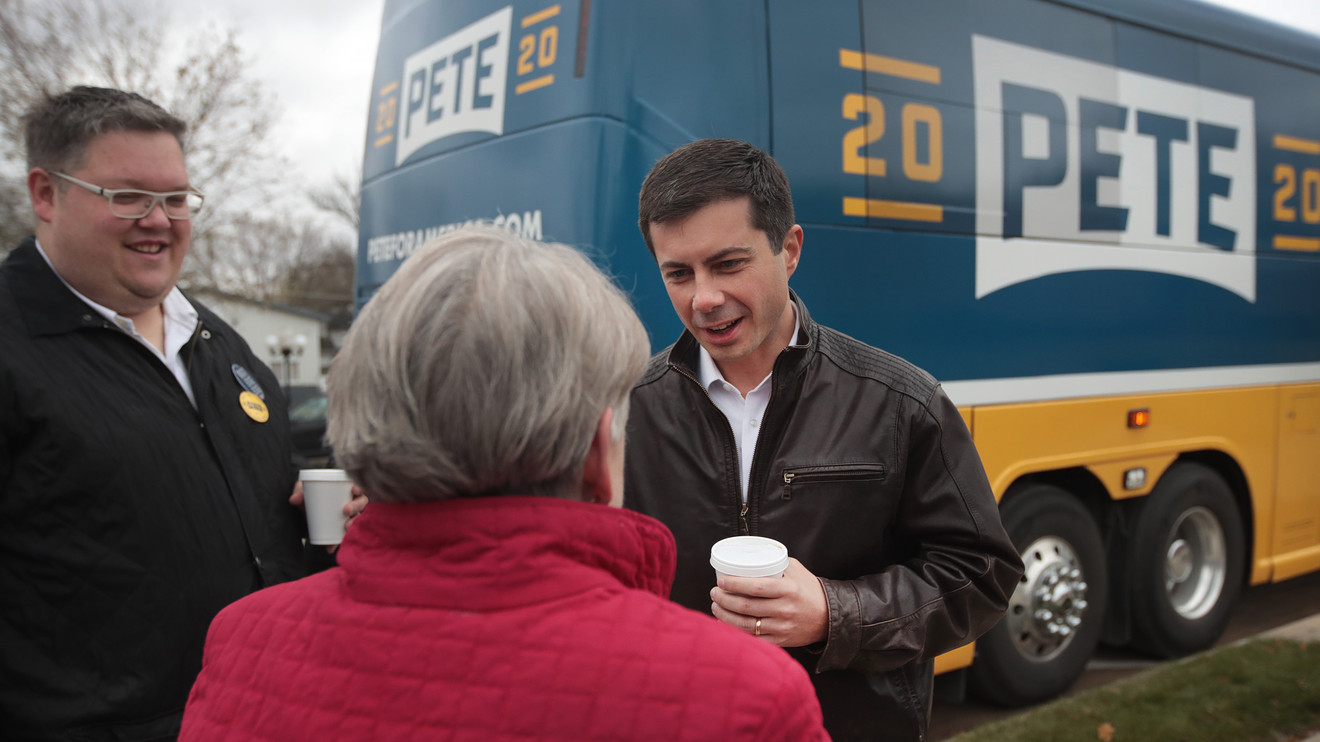 Democratic presidential hopeful Pete Buttigieg has overtaken rival Elizabeth Warren in an average of polls focused on Iowa, helped by his strong performance in one survey released over the weekend.

Popularity in Iowa is critical for the 2020 Democrats as the first voter verdicts in the party’s primary will come Feb. 3 with the Hawkeye State’s caucuses.

Buttigieg, the South Bend, Ind., mayor, scores 21.0% support in a RealClearPolitics moving average of Iowa polls as of Monday, ahead of 18.8% for Warren and 17.6% for former Vice President Joe Biden, who remains the front-runner in national polls.

Buttigieg, whose term as mayor is due to end on Jan. 1, performed particularly well in a Des Moines Register/CNN/Mediacom poll that came out over the weekend, achieving 25% percent support. Warren got 16%, while Biden and Sen. Bernie Sanders of Vermont were each at 15%.

“Growing fear that Warren could hurt the party down-ticket may be playing a role in her loss of momentum in polls, e.g., where she has seemingly ceded the lead to Mayor Pete Buttigieg in Iowa,” said Capital Alpha Partners analysts in a recent note.

Investors have worried about Warren’s stances on a range of issues, with a number of billionaires, for example, grousing about the Wall Street-bashing progressive’s proposed taxes on the wealthiest Americans.

And read: All that a ‘President Warren’ could change just by executive order

To be sure, a win in the Iowa caucuses doesn’t mean a victory in the overall primary contest. Former Midwestern lawmakers Dick Gephardt and Tom Harkin triumphed in Iowa in 1988 and 1992, respectively, but didn’t become the Democratic Party’s presidential nominee. On the Republican side, the last three Iowa victors — Sen. Ted Cruz in 2016, Rick Santorum in 2012 and Mike Huckabee in 2008 — all saw their White House campaigns go belly-up eventually.

In the RealClearPolitics average of Iowa polls, Sanders gets 17.2%, Sen. Amy Klobuchar of Minnesota draws 5.0%, Sen. Kamala Harris of California is at 3.6%, and billionaire Tom Steyer and entrepreneur Andrew Yang are each at 2.6%. All other Democratic candidates hoping to challenge President Donald Trump in 2020 are at 2% or below.