Home
Stocks
Coffee drinkers have to stop double cupping their Dunkin’ — yes, even in New England
Prev Article Next Article 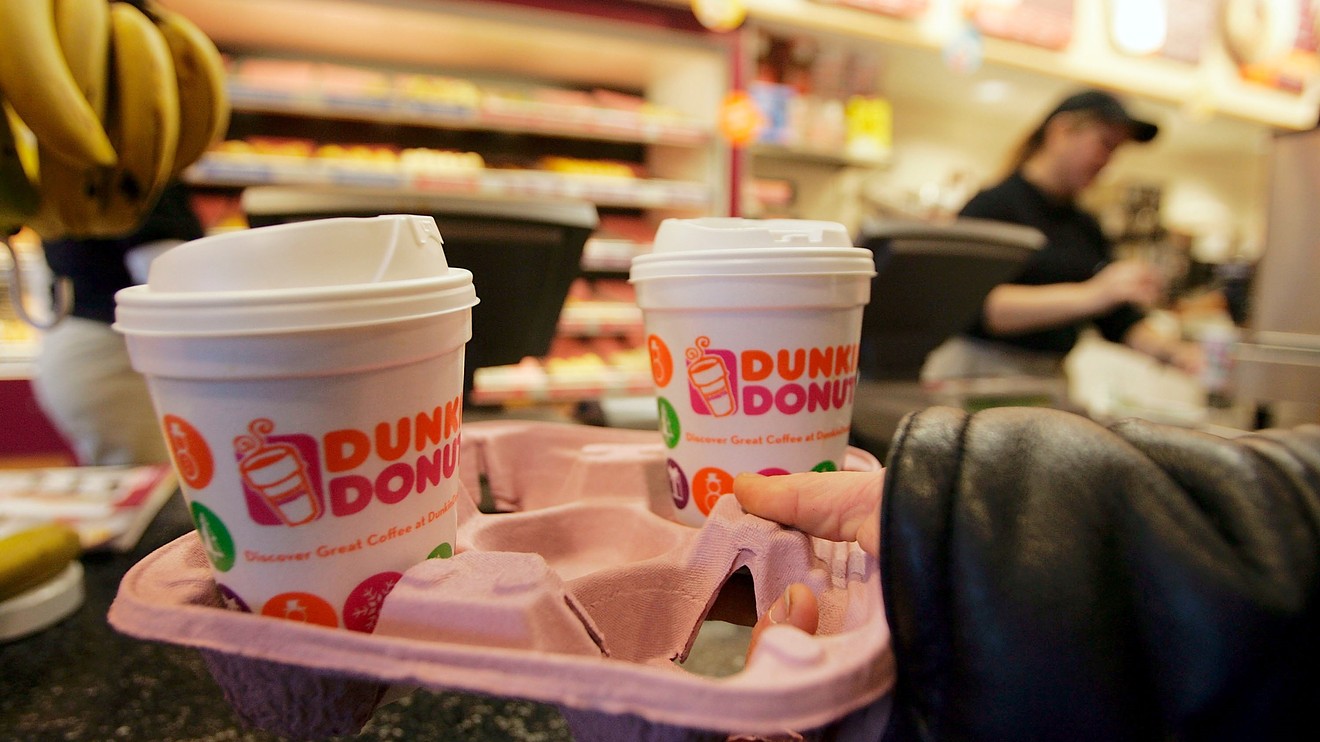 The Dunkin’ chain says customers can no longer rely on a “double cup” assist to save tender hands from steaming hot drinks, part of a previously announced green-minded phaseout of foam cups.

The ban is hitting Dunkin’-lovin New England particularly hard (it was founded in Quincy, Mass., in the 1950s), where the chain reigns at least sentimentally over Starbucks SBUX, -0.24% and other major coffee outlets and even local independents. Across the U.S., Starbucks leads, with about 14,000 locations compared with the nearly 9,200 Dunkin’ locations.

Read: Dunkin’ and Starbucks are in a race to make the fastest espresso

Polystyrene cups transfer the liquid’s heat, so for years many customers have added an extra foam cup as insulation for hot drinks and to keep iced drinks in plastic cups colder for longer.

Dunkin’ now has its counter staff wearing pins reading “the double cup is breaking up.” The company revealed billboards extolling the chain’s journey toward “Consciously Un-Cup-Ling” and on Twitter called it a #DoubleCupBreakup. As might be expected, some Twitter responses favored the eco-friendly move, while other customers grumbled over the change. Or change, period.

The foam phaseout in the New England region is expected to be completed by Dec. 1. Dunkin’ Brands Group DNKN, -0.14% , which dropped the “Donuts” part of its name last year, had already announced plans in February 2018 to eliminate polystyrene foam cups worldwide by 2020. At the time it had already begun gradually introducing double-walled paper cups at its more than 9,000 U.S. stores.

The new cups are certified to the Sustainable Forestry Initiative Standard. They’re lined with plastic on the inside and can keep coffee warm without burning customer hands. That also means Dunkin’s double-thickness cups are mostly, but not totally, recyclable, and the company says it’s up to local waste-management services to determine recyclability.

Dunkin’ also recently conducted what it calls a successful test for a new hot-coffee-cup lid made of No. 5 polypropylene that can be recycled in cities and towns that offer recycling of receptacles marked “5.” Dunkin’ expects to have the new lid rolled out to 100% of its U.S. system by the middle of 2020. This transition, along with the move to the double-walled paper cup, will remove 19 million pounds of polystyrene from the waste stream annually, the company claims.