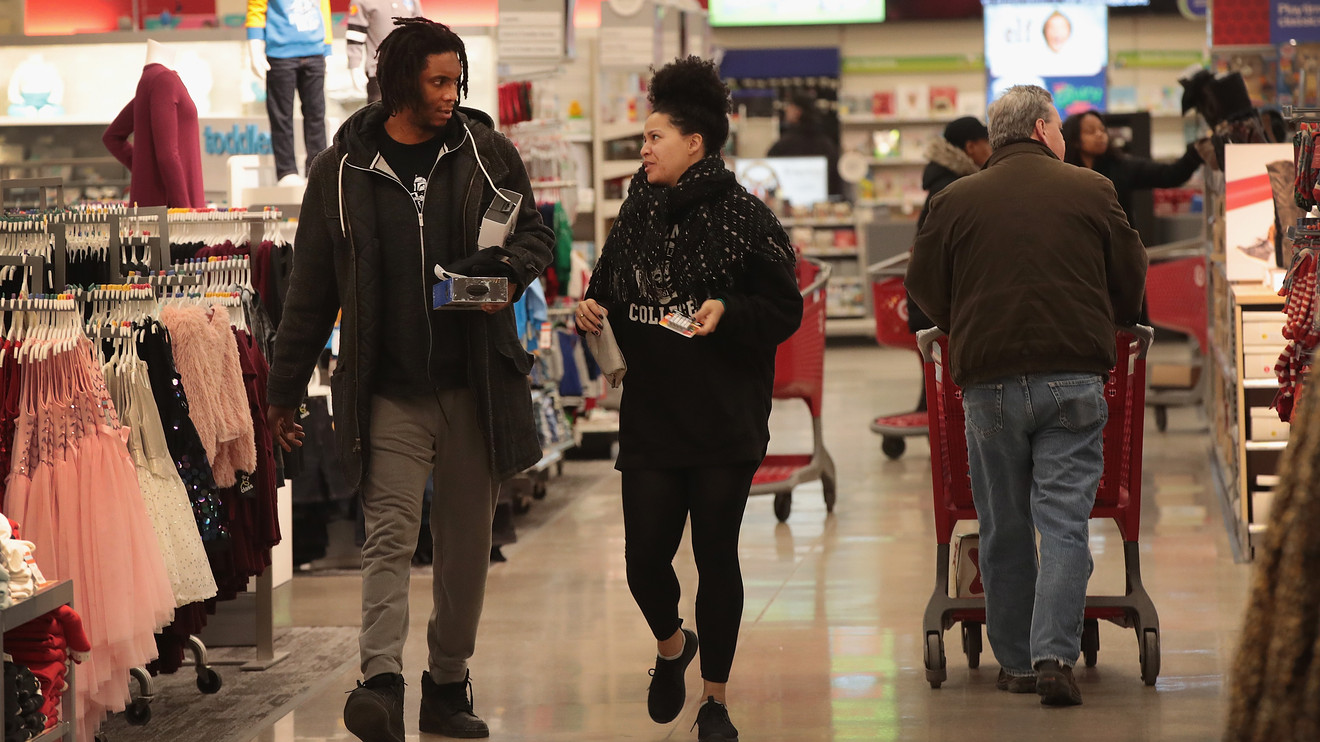 Target Corp. is scheduled to report third-quarter earnings on Wednesday before the opening bell, and analysts are bullish about the third quarter and holiday season.

But investors may be just as interested in a potential partnership announcement as they are in the retail giant’s quarterly results. Raymond James analysts think Target’s TGT, -0.96%   recent efforts could make it the perfect partner for Nike Inc. NKE, +0.68%  now that the athletic apparel and accessories company has ended its partnership with Amazon.com Inc. AMZN, +0.30%

“Currently, department stores such as Kohl’s Corp. and J.C. Penney are selling this type of Nike product; however, we believe they fail to meet the majority of Nike’s partnership requirements. Target could be an ideal retail partner to fill this void and replace Kohl’s and J.C. Penney, for example, to sell everyday Nike product in an experiential, frictionless way, in our view.”

See: J.C. Penney has good ideas but doesn’t have the resources for a turnaround, analyst says

Nike announced last week that it would end sales of its product on Amazon’s site, an agreement that was first announced in 2017.

Raymond James thinks Target is “perfectly aligned” with Nike’s “value-oriented product” both in its stores and online, especially now that brands like Levi Strauss & Co. LEVI, -0.67%   and Disney DIS, +2.34%   are selling there. Target is capturing a younger consumer who isn’t going to the mall, Raymond James says, and Levi has said it’s converting some of these customers to higher-priced merchandise. And Target has a long history of partnering with up-market brands like Marimekko, Hunter and others.

“[We] remain emboldened in our thesis that the brand’s distribution strategy perfectly aligns with Target’s heightened investment in both physical store experience as well as digital capabilities such as Drive Up,” Raymond James said.

Target has an average stock rating of overweight with an average target price of $118.60, according to a FactSet survey of 27 analysts.

Here’s what else to watch out for in Target’s earnings:

Estimize, which crowdsources estimates from sell-side and buy-side analyst, hedge-fund managers, executives, academics and others, is guiding for $1.20 per share.

Target has beat the FactSet sales forecast in nine out of the last 10 quarters.

“Note, overlap at Target has declined in four of the past six quarters, while the 137 basis point decline in Q3 is the biggest since inception of the survey,” Cowen wrote.

The e-commerce business continues to grow as well, with the company able to keep headwinds in check by leveraging the stores for fulfillment, like Drive Up and Order Pick Up.

“While holiday upside could be restrained by the shorter selling season (six fewer days between Thanksgiving and Christmas) and a tough traffic comparison (versus 4.5% growth in transaction comps last year), we believe Target should still outperform peers given continued sales momentum, analysts led by Robert Ohmes wrote.

Don’t miss: E.L.F. Beauty says it’s putting the $13.7 million it used to spend on stores to better use

– UBS analysts say investors will be looking for Target to maintain the gains from a slew of store closures.

“Target has lapped the Toys ‘R’ Us/Babies ‘R’ Us closures (we estimate these added ~100 basis points to same-store sales in Q3 2018), and it was going up against its toughest digital compare since 2015,” wrote analysts led by Michael Lasser.

“Still, we think it saw more gains from Payless, Gymboree and department store closures. Now we think the market wants to see if Target can sustain its momentum through the holidays before rewarding it with a higher multiple.”

Even with this good news, there’s something to be wary of: Can Target’s free two-day shipping pledge can keep one of its chief rivals, Amazon at bay?

“On the holiday front, we think Target is planning for a similar degree of promotional intensity as it did last year,” UBS wrote. “It again rolled out free two-day shipping on Nov. 1 on ‘hundreds of thousands’ of items with no minimum. Still, a key question is whether it can prevent share loss to Amazon following its rollout of same-day and next-day free delivery for Prime members.”