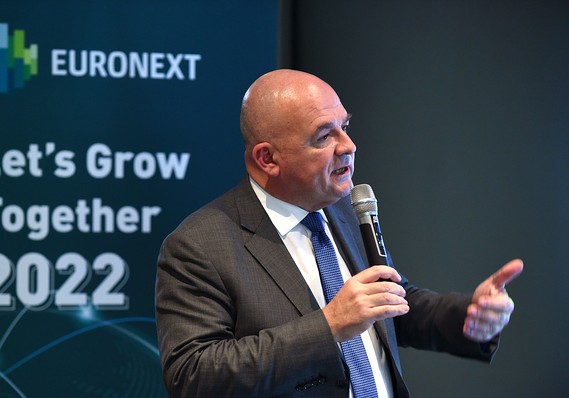 European stocks on Monday held on to levels they reached after six straight winning weeks, with most of the movement occurring in mergers.

Over the weekend, Morgan Stanley said it was closing the underweight recommendation on global equities it had since July on expectations for a better economy. The large brokerage says it prefers non-U.S. equities due to valuation.

There wasn’t much in the way of macro developments, though the People’s Bank of China cut the seven-day repo rate for the first time since 2015.

Shares of the Spanish stock exchange, Bolsas y Mercados Espanoles Sociedad Holding de Mercados y Sistemas Financieros BME, +36.54%, shot up nearly 38% to 30 euros after Euronext ENX, +1.81%  said it is in talks to buy the exchange, while the Swiss exchange Six said it is willing to pay 34 euros a share.

Shares of U.K. insurer Aviva AV, -3.57%  fell 3% as the company said it will hold on to its Singapore division and China venture, which it had explored selling.

Qiagen QIA, +12.43%  jumped 12% after saying the genetic testing company said it has received several indications of interest that were not binding.