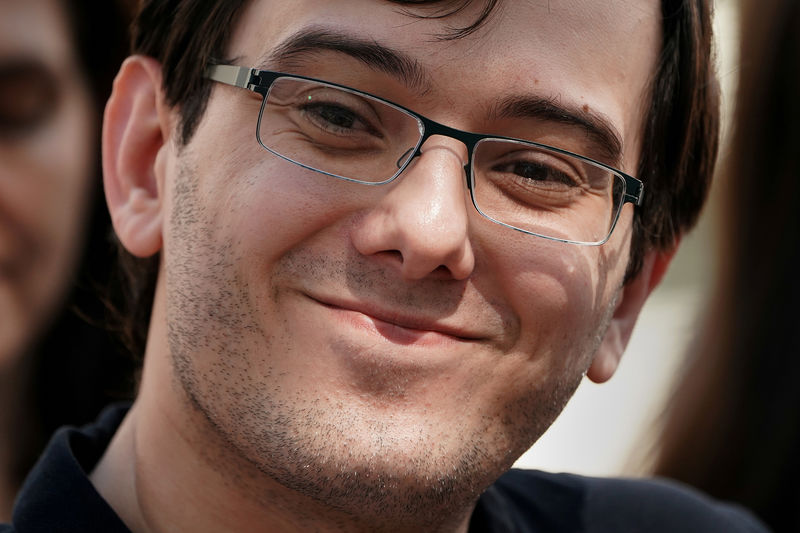 (Reuters) – Former pharmaceutical executive Martin Shkreli will remain in prison after the U.S. Supreme Court on Monday rejected his effort to overturn his conviction and seven-year sentence for securities fraud and conspiracy.

The justices refused to hear Shkreli’s appeal of his August 2017 conviction and $7.36 million forfeiture for cheating investors in two hedge funds he founded, and trying to prop up the stock price of biotechnology company Retrophin Inc, which he once ran.

Shkreli, 36, argued that the jury instructions about the harm to his investors undermined his defense that he had acted in good faith. Shkreli also said the forfeiture was excessive because some investors received profits.

“It was a long shot,” Shkreli’s lawyer Mark Baker said in an interview. “We’re disappointed, but will move on.”

Shkreli is serving his sentence at a low-security prison in Allenwood, Pennsylvania. He is eligible for release in September 2023, when he will be 40.

Shkreli, sometimes called “Pharma Bro,” achieved notoriety by raising the price of the anti-parasitic drug Daraprim by more than 5,000% in 2015 when he was chief executive of Turing Pharmaceuticals, now called Phoenixus AG.

He is also known for his frequent use of social media, including when during his trial he offered $5,000 for a strand of former U.S. presidential candidate Hillary Clinton’s hair. Bail was revoked after Shkreli made that offer.