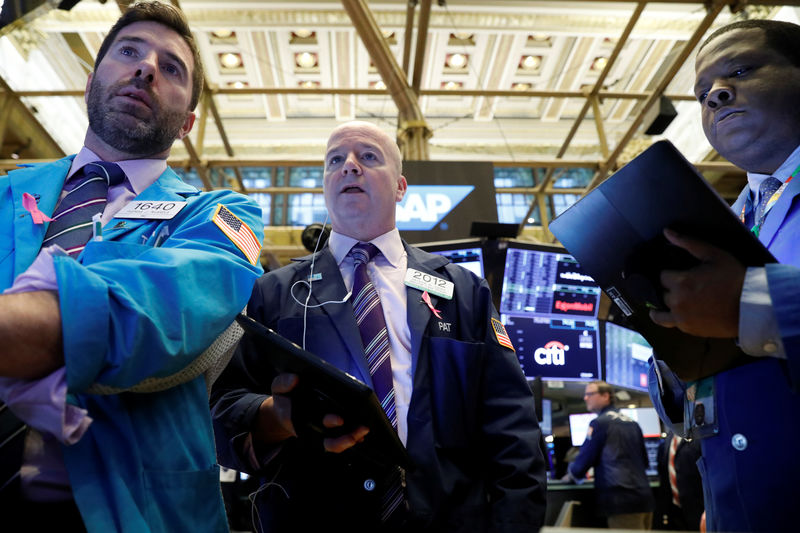 (Reuters) – U.S. stock index futures pointed to another session of gains on Monday, as a report out of China added to optimism over a trade deal and the country’s central bank indicated willingness to step in to prop up a slowing economy.

Hopes of a resolution to the 16-month trade dispute that has roiled financial markets and throttled global growth have powered Wall Street’s three indexes to multiple record highs this month.

Chipmakers that have a large exposure to China rose in premarket trading, with Nvidia Corp (O:), Micron Technology (O:) and Advanced Micro Devices Inc (O:) up between 0.4% and 1%.

Aiding sentiment was the unexpected cut by China to a closely watched lending rate for the first time in more than four years, as the central bank looks to counter a slowdown.

Attention now turns to minutes from the Federal Reserve’s latest policy meeting, where it cut interest rates for the third time this year. The minutes are due to be released on Wednesday.

Also on the radar are earnings from U.S. retailers such as Home Depot Inc (N:), Kohl’s Corp (N:) and Target Corp (N:) following a stronger-than-expected corporate earnings season to-date that has aided the rally in stocks.

Shares of HP Inc (N:) fell 2.1% after the company rebuffed a $33.5 billion offer from Xerox Corp (N:) and said it was open to exploring a bid for the latter.