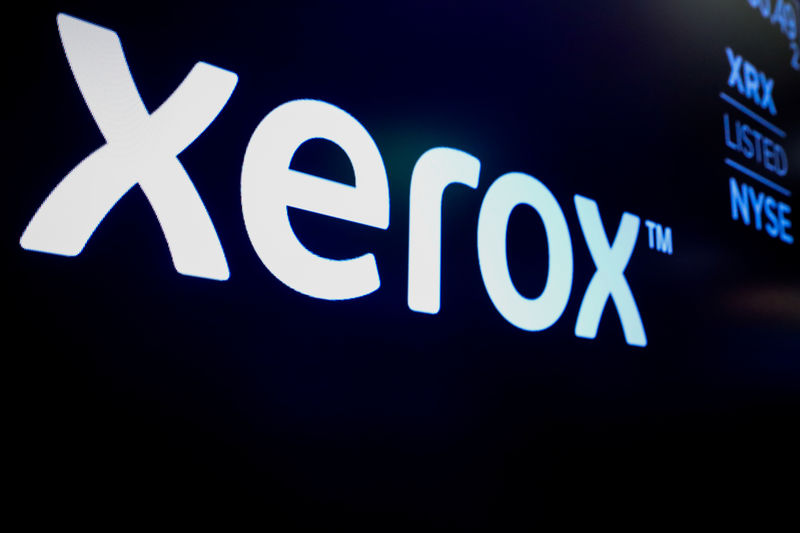 (Reuters) – Shares of HP Inc (N:) fell as much as 5% on Monday after the personal computer maker rejected a buyout offer from Xerox Holdings Corp (N:), and indicated it might instead make its own offer to take over the U.S. printer maker.

HP stock has gained about 10% and those of Xerox around 7% since Nov. 5, when the first news reports surfaced on Xerox’s $33.5 billion cash-and-stock offer to buy bigger rival HP.

The printer industry has been in decline for years as growth in purely electronic communication cuts the need for printed letters and documentation. Both HP and Xerox earn a chunk of their revenue from selling printers and related accessories.

HP said in a statement on Sunday that it recognized the potential benefits of consolidation and added that with access to diligence information on Xerox it could quickly evaluate the merits of a potential transaction.

Xerox has a market value of $8.4 billion and HP is valued at nearly $30 billion.

“We continue to believe consolidation within the printing industry makes sense given a mature and secularly challenged end demand backdrop,” Credit Suisse (SIX:) analysts wrote in a client note.

Activist investor Carl Icahn, who has a stake in Xerox, told the Wall Street Journal last week that he was not set on a particular structure for a deal with HP, as long as a combination is achieved.

Icahn, who also owns shares in HP, is yet to issue a statement on the latest developments.

In its letter to HP’s board, Xerox outlined about $2 billion in savings it said could be achieved within two years of the deal.

“HP and Xerox’s portfolios are largely complimentary given different focus areas, and see opportunity for significant cost takeout if the two companies were to combine,” Credit Suisse said.