Home
Stocks
Key Words: Pelosi says Trump is in ‘way over his head’ in the Oval Office
Prev Article Next Article 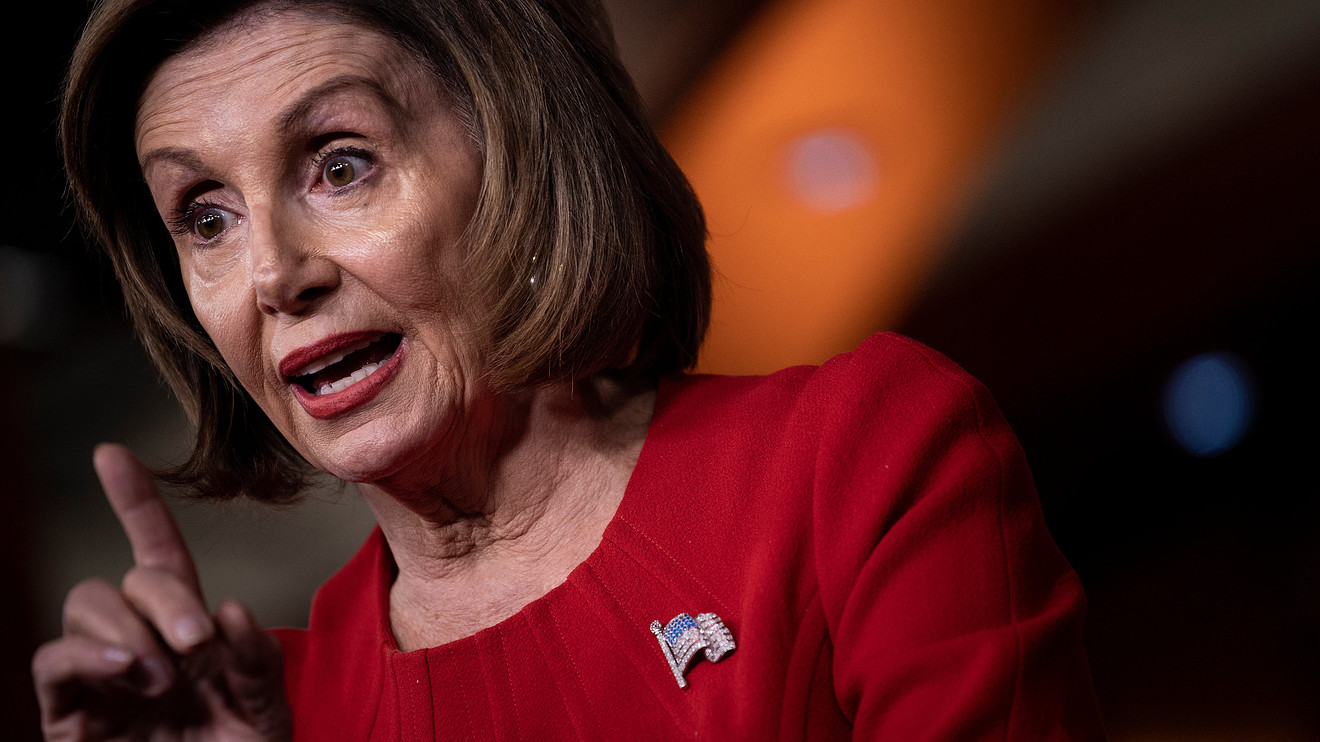 Whatever happened to civil political discourse?

President Trump and House Speaker Nancy Pelosi have been waging a war of words, which has only worsened since the impeachment inquiry has begun. And although Pelosi told CBS’s “Face the Nation” on Sunday that the president’s insulting attacks are a result of “his own insecurity,” she volleyed her share of insults, too — such as calling him an “impostor.”

Pelosi addressed the president’s Twitter TWTR, +1.40%   attacks against Marie Yovanovitch, the former U.S. ambassador to Ukraine, while she was testifying during the impeachment investigation on Friday. House Intelligence Committee Chairman Adam Schiff (D-Calif.) called it “witness intimidation in real time by the president of the United States.”

Pelosi called Trump’s tweetstorm “a mistake” on “Face the Nation,” adding, “I think even his most ardent supporters have to honestly admit this is the wrong thing for the president to do.”

And then the gloves came off when Pelosi began talking about the weight of a president’s words, regardless of whether he’s expressing his own opinion.

“He should not frivolously throw out insults, but that’s what he does. I think part of it is his own insecurity as an impostor,” she said.

‘I think he knows full well that he’s in that office way over his head. And so he has to diminish everyone else.’

Trump responded via Twitter on Monday morning by calling her “Our Crazy, Do Nothing … Speaker of the House, Nervous Nancy Pelosi” and referring to the CBS news program as “DEFACE THE NATION.”

Our Crazy, Do Nothing (where’s USMCA, infrastructure, lower drug pricing & much more?) Speaker of the House, Nervous Nancy Pelosi, who is petrified by her Radical Left knowing she will soon be gone (they & Fake News Media are her BOSS), suggested on Sunday’s DEFACE THE NATION….

But he also answered Pelosi’s invitation to testify before the impeachment inquiry, including answering the questions in writing, by saying he likes the idea and will “strongly consider it.”

The heated exchange comes as a new ABC News/Ipsos poll finds that 70% of Americans think Trump’s request to a foreign leader to investigate his political rival was wrong. And more than half (51%) believe that Trump’s actions were wrong and that he should be impeached and removed from office, according to the same poll.

Check out the “Face the Nation” clip below.

“He made a mistake,” @SpeakerPelosi says on Trump’s tweet about Yovanovitch during her testimony. “I think part of it is his own insecurity as an impostor…he knows full well he’s in that office way over his head. And so he has to diminish everyone else.” https://t.co/F2Q7vnseuu pic.twitter.com/0FjTmQhz5P