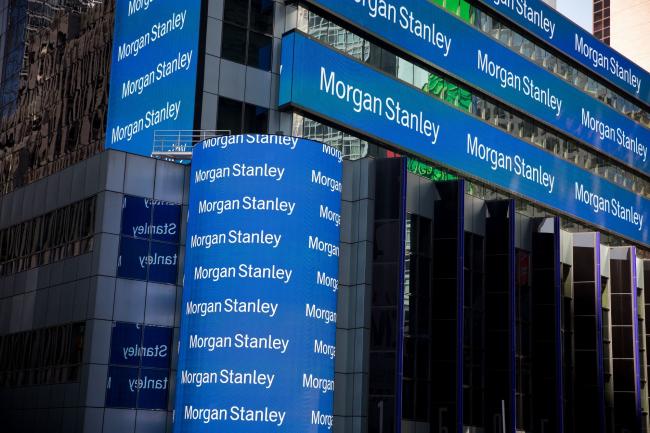 (Bloomberg) — Morgan Stanley (NYSE:) predicted that American equities and corporate bonds will underperform peers next year, while the dollar weakens as growth outside the U.S. picks up.

“We see the biggest potential upside in markets with a clearer path to achievable earnings growth (Japan and EM) or scope for some multiple re-rating on falling political risks (Europe),” strategists including Andrew Sheets, Michael Wilson and Matthew Hornbach wrote in a yearly outlook dated Nov. 17, with regard to stocks.

The Wall Street bank sees a modest decline in the S&P 500 Index by the end of next year, to 3,000 from 3,120 at last week’s close. American shares have been global leaders this year, though closely followed by European ones as both markets benefited from central banks starting another monetary easing cycle.

That was a cycle Morgan Stanley miscalculated a year ago, when the bank’s strategists were “neutral” on equities relative to a benchmark allocation. The MSCI AC World Index is currently sitting on a 22% total return for 2019 so far.

“We underestimated the aggressiveness of the central bank response, the decline in DM and EM inflation that would make this possible, and the willingness of markets to pay much higher multiples even as global earnings growth turned negative,” the team wrote. DM refers to developed markets and EM is emerging markets. “We are skeptical that central banks can pull off the same trick twice,” they wrote.

Challenges for the U.S. next year range from the risk that corporate earnings have peaked, high relative valuations on shares and “unique” political risk in the run-up to the presidential election.

The bank still saw potential for a rebound in the dollar against currencies tied to the growth cycle in the second half of 2020, as the presidential election may make the risk environment “more challenging.” Havens like the yen and Swiss franc could also do well, the bank said.

In fixed income, Morgan Stanley is neutral on Treasuries and Japanese government bonds, and underweight German bunds and U.K. gilts. As for corporate debt, again underperformance against the rest of the world is the name of the game. “A better growth impulse outside the U.S. and relative valuations result in marginal positive returns for Asia and European credit.”

Read here about Morgan Stanley’s outlook for market returns over the next decade.

Among Morgan Stanley’s specific calls for 2020 are the following: