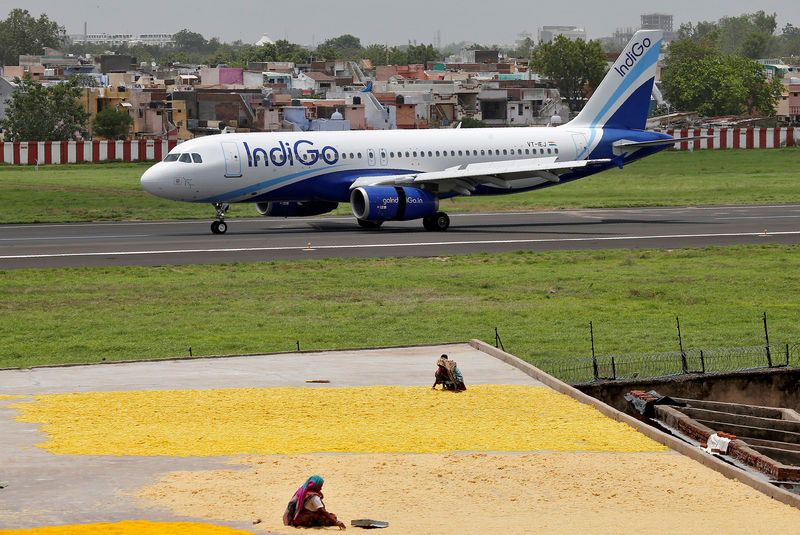 DUBAI (Reuters) – Replacing all Pratt & Whitney engines on IndiGo’s fleet of almost 100 Airbus planes by Jan. 31, as ordered by India’s aviation watchdog, will be challenging but the airline aims to complete the work, its chief executive officer said on Monday.

“It’s a challenge. But we have every intention of meeting it. Pratt is helping us and we are trying to make that work as fast as we can,” Ronojoy Dutta, IndiGo CEO, told Reuters on the sidelines of the Dubai airshow.

Low cost carrier IndiGo is Airbus’ (PA:) biggest client for A320neo planes, and while the United Technologies’ (N:) P&W engines are fuel efficient there have been issues since they entered service in 2016, forcing the airline to ground its planes several times.

In October IndiGo placed an order for another 300 A320neo-family jets but it has yet to decide the engine provider – P&W or CFM, which is jointly owned by France’s Safran (PA:) and General Electric (N:) of the United States.

“We will be talking to both Pratt and CFM, whoever has the best offer we will give it to them,” Dutta said.

IndiGo is focused on growing its international routes and the plane order includes a long-range version of the single-aisle A320neo family, A321XLR which will provide the airline with “a lot of growth”, Dutta said.

He said ordering widebodies was a distant dream for IndiGo and a part of its five-year plan but no decision had been finalised.

Dutta also said that a dispute between the airline’s two promoters and largest shareholders, Rahul Bhatia and Rakesh Gangwal, was having no impact on the company.

“Both promoters are very much unified in their strategy for expansion. Let’s grow fast, let’s expand international, they agree with that completely,” Dutta said.