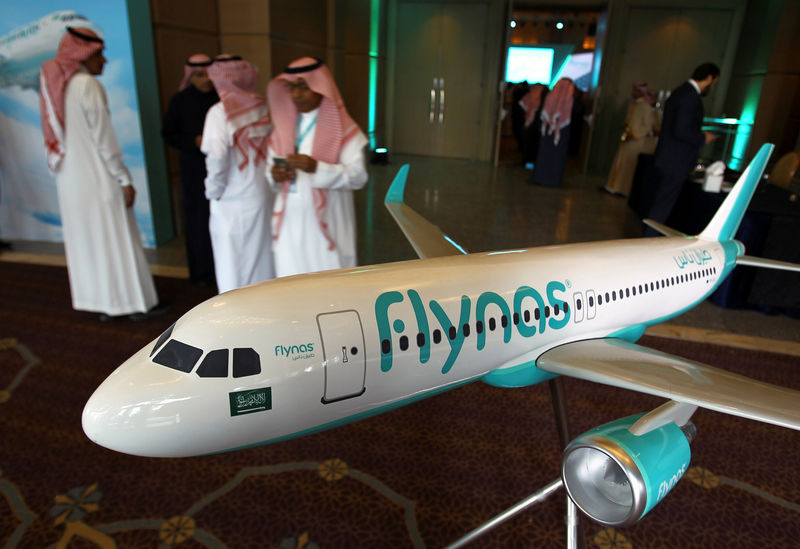 DUBAI (Reuters) – Saudi airline flynas is in talks to exercise purchasing options, for some or all of 40 Airbus (PA:) A320neo narrowbody jets, its chief executive said on Monday.

The Riyadh-based discount carrier ordered 80 A320neo family jets in 2017, with purchasing options for an additional 40 aircraft. In June, it signed a preliminary agreement to swap some of those for larger A321 versions.

“We are thinking to confirm part of the options but still we are in negotiations with Airbus,” CEO Chief Executive Bander Abdulrahman al-Mohanna told Reuters at the Dubai Airshow.

The airline plans to make an announcement with Airbus on Tuesday to “confirm a couple of things,” he said, declining to comment further.

The airline, at this stage, will continue to use engines made by CFM International, a joint venture between General Electric (N:) and Safran (PA:) of France, in any potential order, Mohanna said.

Delivery of new A320 aircraft has been delayed this year as Airbus wrestles with production issues. The planemaker last month cut its full-year delivery goal for commercial jets.

“I don’t think any airline that has an order of A320 family (jets) is not frustrated,” Mohanna said.

Flynas continues to consider an order of either A330neo or Boeing (NYSE:) 787-8 jets, Mohanna said, but has concerns about the A330neo engine and the price of the 787.

Mohanna declined to say whether the airline would be profitable but warned that airlines in Saudi Arabia’s domestic market were offering more seats than there is demand.

“It is proven there is a huge overcapacity in the domestic market that needs to be addressed,” he said.

Flynas is consulting with the Saudi aviation regulator and expects that it will soon stake steps to address domestic overcapacity, Mohanna said.