Home
Stocks
The Fed: Fed’s Mester says she didn’t want to cut rates but is now content to watch and wait
Prev Article Next Article 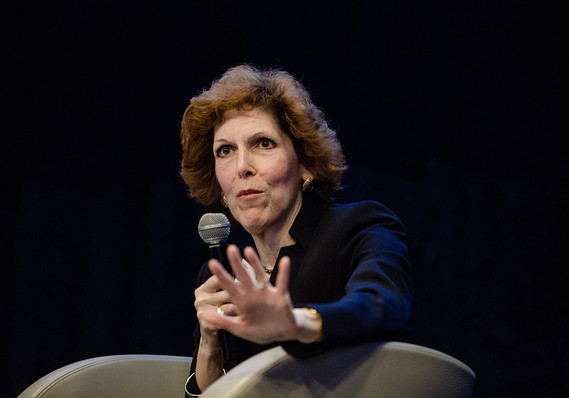 Cleveland Fed President Loretta Mester said she didn’t support using negative interest rates as a tool in the next recession.

“I would have preferred that we just hold the interest rate where it was and wait for more signs the economy was slowing down more than anticipated,” Mester said, in a talk with students at the Robert H. Smith School of Business at the University of Maryland.

But Mester said it was “really a close call” and said she didn’t fault her colleagues for the decision to cut rates.

Mester, who will be a voting member of the rate-setting Federal Open Market Committee next year, didn’t show any sign she wants the Fed to reverse the rate cuts.

She said monetary policy was “in a good spot” from which to gauge where the economy and inflation might go from here.

Mester said she thinks the economy will grow in the neighborhood of a 2% annual rate. She also said the underlying rate of inflation is moving up to the Fed’s 2% annual target.

Mester said she was mindful of the risks, however, especially from weak business investment.

“What I’m particularly attuned to is whether the weakness we’ve been seeing on investment is broadening and perhaps affecting the consumer side [of the economy] and labor markets. That would be a sign that we maybe get more slowing than I expect,” she said.

Powell met earlier this morning with President Donald Trump to discuss the economic outlook. The president has wanted the Fed to ease more aggressively and push rates into negative territory.

Mester said she doesn’t want negative rates to be a potential tool in its toolbox to fight the next recession.

Stock were higher on Monday with the Dow Jones Industrial Average DJIA, +0.10%   up over 30 points.