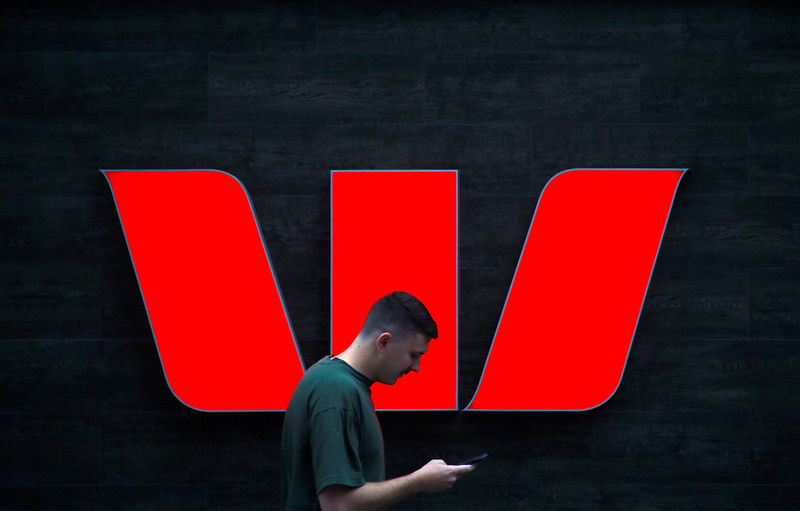 By Byron Kaye and Nikhil Nainan

The oversight failure at Australia’s second-largest bank led to “serious and systemic non-compliance” with anti-money laundering laws, financial crime watchdog AUSTRAC said in a court filing. The regulator is pursuing fines of up to A$21 million ($14 million) for every transaction Westpac failed to monitor adequately or report on time.

The lawsuit dwarfs a case AUSTRAC brought against larger Commonwealth Bank of Australia (AX:) which agreed last year https://www.reuters.com/article/australia-cba-moneylaundering/australias-commonwealth-bank-to-settle-civil-proceedings-by-austrac-idUSL3N1T50QC to pay a record A$700 million penalty after admitting to allowing 53,750 payments that violated similar protocols.

Fourth-ranked lender Australia and New Zealand Banking Group (AX:) declined to comment on whether it was under investigation by AUSTRAC, while National Australia Bank (AX:), the third largest, was not immediately available for comment.

The payments which Westpac facilitated without acceptable scrutiny took place from 2013 to late 2018, AUSTRAC said in its court filing.

“The risk posed to Westpac was that these high risk or sanctioned countries may have been able to access the Australian payment system,” AUSTRAC said.

The Sydney-based bank knew since 2013 about “heightened child exploitation risks associated with frequent low value payments to the Philippines and South East Asia” but did not set up an automated detection system until 2018, it said.

One customer who had served a prison sentence for child exploitation set up several Westpac accounts. Westpac detected suspicious activity in one account, but failed to review the other accounts and “this customer continued to send frequent low value payments to the Philippines through channels that were not being monitored appropriately”, AUSTRAC said.

Westpac said it was reviewing AUSTRAC’s claim, adding it had self-reported its failure to report the payments to AUSTRAC.

The AUSTRAC lawsuit comes as Australia’s retail banking system seeks to rebuild its reputation after a stinging a public inquiry found it had a culture of widespread profiteering, customer fee-gouging and slipshod regulatory oversight.

The AUSTRAC case was not related to that inquiry.

“It is a fairly damning indictment about some of the processes and procedures they’ve had in place.”