Home
Stocks
Brett Arends's ROI: Your next big 401(k) decision: To Roth or not?
Prev Article Next Article 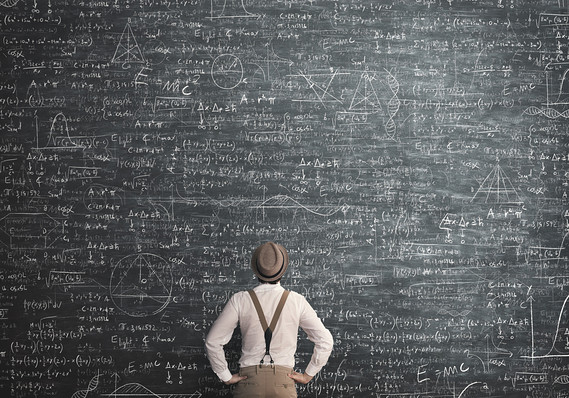 If your company offers a Roth 401(k) option in its retirement plan, here’s what you need to know.

But few take advantage. Just 12% of those who are eligible for a Roth 401(k) contribute to one, the company says.

One big reason? People don’t understand them. “A lot of people don’t consider themselves to be very well educated about their 401(k)s to begin with,” says Katie Taylor, a retirement expert at Fidelity. Savers already have to work out how much to contribute to their plans, and what asset allocation to choose. Roth plans introduce yet another layer of complexity, she says.

There are some big attractions to Roth 401(k) plans, advisers say.

Among them: You can effectively contribute more to a Roth 401(k) than you can to a traditional one. Yes, the nominal limits are the same: $19,500 a year until you turn 50, then $26,000 a year. But there’s a hidden difference. When you contribute that money to a traditional 401(k), some of your savings effectively belong to the government, because you’ll have to pay taxes when you make withdrawals. You can contribute to both a Roth and traditional 401(k) in the same year, and the cap applies across the board.

“There’s an embedded tax liability,” says Robert Westley, an accountant serving on the financial literacy commission of the American Institute of CPAs. “A portion of that [money] is going to be taxed. It’s owned by the government.” Not so in a Roth plan. “In a Roth 401(k), all those dollars are working for you,” he says.

That can make a big long-term difference. You get to keep all the compound returns. “When you eventually take distributions from a traditional 401(k) you are paying taxes on both the amount that you contributed and the investment growth over time,” notes Amy Hubble, a financial planner in Oklahoma City. With a Roth, you just pay tax on the initial contribution. Everything else is yours. “The absolute amount of tax you will pay over your lifetime will be much less,” she says.

One caveat: In a Roth 401(k), your contributions are made with posttax dollars, but that is not the case for any money that your employer contributes as a company match. That money still goes into your retirement plan with pretax dollars, as with a traditional 401(k). So the money from the company match is not taxed when you receive it. But that money, and any growth, will be taxed as ordinary income when you eventually withdraw it.

Roth 401(k) plans, like the better-known Roth IRAs, may also protect you if overall tax rates rise by the time you retire.

“We are in one of the lowest tax environments in decades, maybe ever,” says Matt Chancey, a financial adviser in Tampa, Fla. “If we ever plan to balance the budget as a nation and become more fiscally responsible then taxes will have to rise…. So having Roth money, that has already been taxed at today’s lower rates, is a good idea.”

That’s especially true when you factor in two things happening at the federal level. The first is the 2017 income tax cuts, which are due to expire after 2026. The second is the looming budget crisis for Social Security and Medicare, which will either lead to retirement benefit cuts or, more likely, tax rises.

Roths are especially compelling if you’re young or in a low tax bracket, advisers say. A Roth 401(k) “seems most prudent…the younger you are, the lower your income, [and] the longer you have to let this compound,” says Dennis Nolte, a financial planner in Oviedo, Fla.

But even those in higher brackets should take a look, experts note. Among the appeals: Roth 401(k) accounts, unlike Roth IRA plans, are open to everyone regardless of their tax bracket. A Roth IRA contribution might be limited because of your filing status and income, this is not the case with a Roth 401(k).

After all, you’re choosing to pay certain extra taxes today in the hope of uncertain tax benefits down the road. Multiple things could go wrong.

For example, you could end up paying lower tax rates in retirement than while working. If that’s the case, you may wish you’d taken the tax break up front, when it was more valuable.

Many, maybe most, expect to be in this situation. When you’re retired, you’ll be living off your savings. And you may be living somewhere with lower tax rates. (Some of the most popular retirement destinations, such as Florida, have no state income taxes at all.)

And, crucially, this benefit is progressive. Those who are really hard up in retirement may be very glad they didn’t pay excess tax on their contributions back when they were employed.

Furthermore there is always a risk, if slight, that a future Congress could help meet the looming Social Security and Medicare crisis by taxing some Roth withdrawals, especially for bigger accounts. That would certainly be politically explosive. But cynics point to a couple of examples of past bad faith actions by Congress that introduced double taxation: The decision in 1984, following Alan Greenspan’s report, to begin taxing some Social Security payments, and the 2017 move to cap federal deductions of state and local taxes at $10,000.

Despite the complexities and risks, advisers are generally positive on Roth 401(k) plans.

“Anyone fortunate enough to participate in a 401(k) plan with a Roth option should choose 100% Roth contributions,” says Hank Mulvihill, a financial planner in Dallas, while adding that this is a “provocative statement.” His reasoning: Overall tax rates are going to rise, so pay those taxes now.

“Having employee contributions to a Roth 401(k) can be a nice tax hedge,” says Robert Greenman, a financial planner in Portland, Ore. His argument: Even if the future is uncertain, contributing to a Roth plan spreads your risks. “Having some tax-free Roth assets can provide a lot of flexibility down the road when determining where to draw assets from while controlling the tax impact.”

“It’s important to have ‘tax diversification,” meaning a mix of Roth, traditional and nonretirement investments,” adds Mackenzie Richards, a financial planner in North Kingstown, R.I. He says he meets too many retirees who have all their money in traditional, pretax retirement plans. “When this happens they start to second guess every purchase they make in retirement, whether it’s a vacation, a night out, or a bicycle for their grandchild, because they have to withdraw an additional 15% or 20% from their accounts to pay for taxes,” he says.

“I like to create a situation where [clients] will have flexibility from a tax perspective in retirement,” says Karen Van Voorhis, a financial planner in Norwell, Mass. “If they really don’t have a lot of after-tax funds, then I’m going to encourage them to contribute to the Roth.”