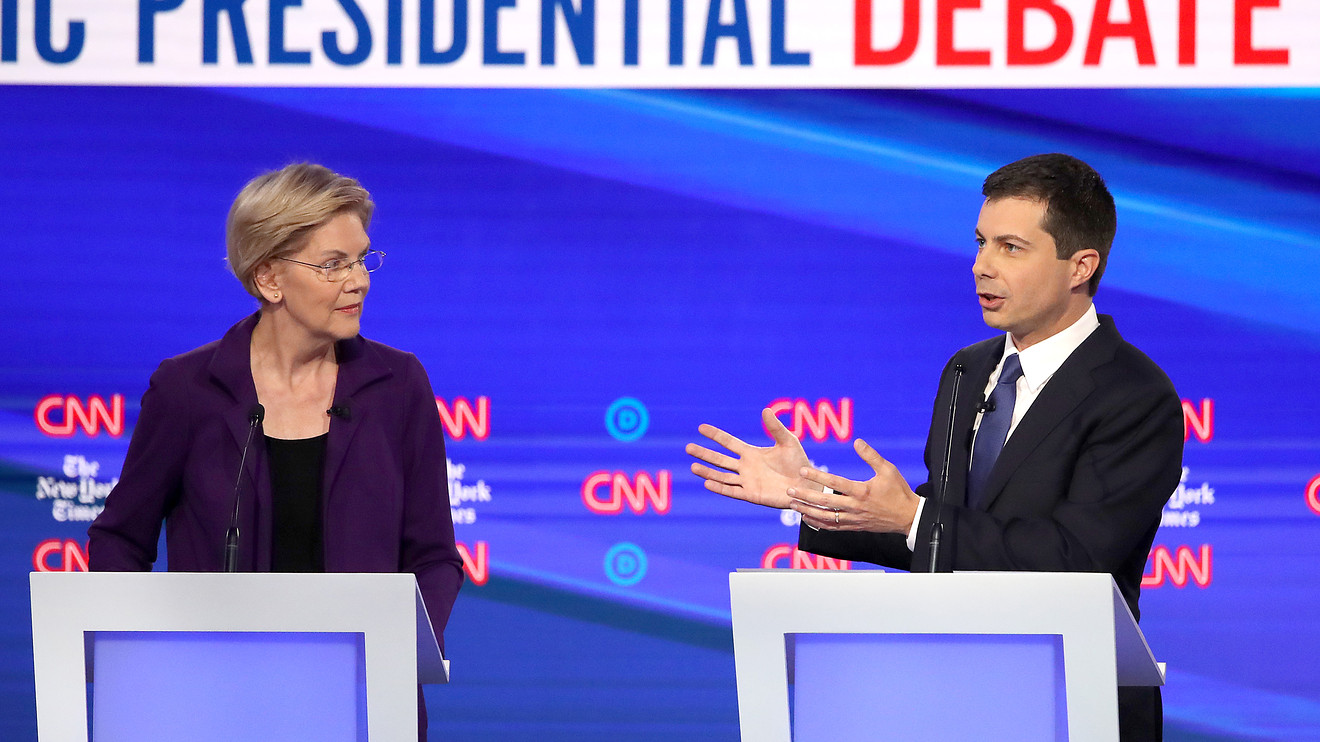 Pete Buttigieg might as well wear a bull’s-eye to Wednesday night’s Democratic presidential debate in Georgia, given how the past four clashes have featured attacks on the front-runner.

The mayor of South Bend, Ind., has overtaken Sen. Elizabeth Warren this month in polls focused on the key early state of Iowa, while former Vice President Joe Biden still leads the crowded 2020 Democratic field in national surveys. So “Mayor Pete” appears set to draw the kind of fire that the Massachusetts lawmaker faced at last month’s debate — and that Biden attracted during the summer.

“As a new front-runner, we think Mr. Buttigieg will be the target of attacks from other candidates whereas he has mostly avoided direct attacks in past debates,” said KBW analysts in a note Tuesday. The analysts said they’ll be watching to see if the Indiana mayor can show that he has “the capacity to grow beyond his current base of support,” as well as whether his rivals can exploit weaknesses such as the relatively low support for him among black and Hispanic voters.

Meanwhile, Warren is still likely to draw attacks from challengers at the 10-person debate, especially over financing her “Medicare for All” plan and her proposed wealth tax, KBW’s team said.

The Wall Street-bashing, progressive lawmaker may have lost ground in Iowa to Buttigieg in part because it’s “much harder for senators who work in Washington to spend a lot of time in Iowa than someone who is based in the Midwest,” said Stephen Farnsworth, a political science professor at the University of Mary Washington in Fredericksburg, Va.

In addition, while Warren “has demonstrated arguably the deepest understanding of policy issues,” the main concern of many Democrats is getting a nominee who can defeat President Donald Trump next fall, and they’ve indicated that they think Biden, not Warren, fits the bill in that regard, Farnsworth told MarketWatch in an email.

And read: All that a ‘President Warren’ could change just by executive order

“This may be their last opportunity on the debate stage unless they can build greater support,” the professor said. “So they will have to be very aggressive if they want to be on the stage next time.”

Wednesday’s debate is slated to start at 9 p.m. Eastern Time. It’s taking place at Tyler Perry Studios in Atlanta and being co-hosted by Comcast Corp.’s CMCSA, +0.45% MSNBC and The Washington Post.

The overall 2020 Democratic field stands at 18 contenders thanks to former Massachusetts Gov. Deval Patrick entering the fray last Thursday, and billionaire Michael Bloomberg could expand the field to 19.