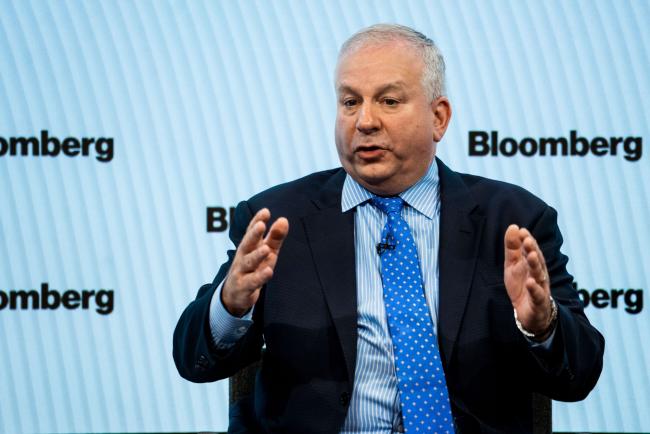 (Bloomberg) — David Rosenberg is leaving Gluskin Sheff after more than a decade to start up his own independent consulting firm, Rosenberg Research and Associates Inc.

Rosenberg frequently appears on financial media to discuss markets and the economy, offering commentary that typically comes with a bearish tinge. He’s also well known for his daily “Breakfast with Dave” morning note, which is widely read on Wall Street, Bay Street, and outside North America.

“David is looking forward to focusing all of his time and efforts to providing independent, unique macro and market research, as well as actionable investment advice, to his clients,” according to the Toronto-based firm’s new website.

Prior to his time at Gluskin Sheff, Rosenberg worked at Merrill Lynch, which was acquired by Bank of America (NYSE:) during the financial crisis. Rosenberg rose to prominence by having warned of the dangers posed by a U.S. housing bubble in 2005, which proved prescient when the ensuing bust landed. However, he stayed bearish long after the Great Recession had ended, with calls for a double-dip recession that failed to materialize. He began to turn more constructive on North American economies around the middle of 2012, but his stint as an optimist proved fleeting.

In October, he ascribed 80% odds to a Canadian recession within the coming year, and recently penned an op-ed in which he declared the global macroeconomic fundamentals “very poor.”

The chief economist and strategist will begin publication in the first quarter of next year and will write under the Gluskin Sheff banner until the transition is complete, according to his website.