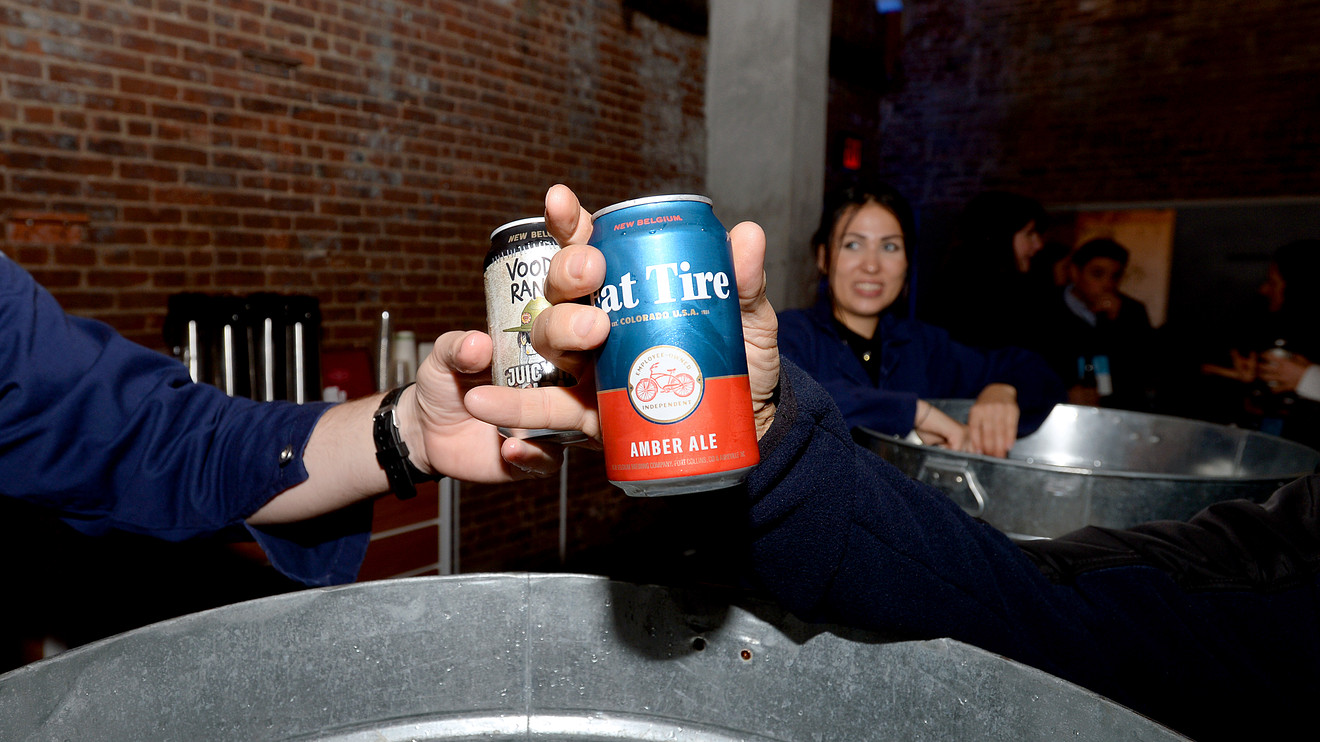 Through all the sales of craft breweries to massive beer conglomerates in recent years, New Belgium Brewing appeared ready to hold out, after establishing an employee-ownership structure that was roundly praised and even copied in the industry.

In the end, though, the different route led Fat Tire to the same destination as other craft breweries that grew too large to do it on their own.

New Belgium is much larger than Dogfish Head and Kona, ranking as the fourth-largest craft brewery in the U.S. by sales volume and the 11th-largest U.S. brewer overall, according to the Brewers Association. New Belgium’s influence within the industry may have been even larger, however, as in nearly three decades it seemed to have established a sustainable approach to making beer on its own without compromising its values.

Read also: What exactly is a ‘craft brewer’?

New Belgium established itself as a B Corp., a status that requires a company to meet certain social, environmental, transparency and accountability standards, and make a commitment to consider the interests of all stake holders, not just its shareholders. That last part wasn’t a problem for New Belgium, though, as it instituted an employee stock-ownership plan, or ESOP, that made most of its stakeholder also shareholders.

Co-founder Kim Jordan said in a letter that New Belgium would remain a B Corp with Lion’s blessing, but lose its employee-owned status. Workers with stakes still need to approve the deal, but stand to be rewarded.

“More than 300 employees are receiving over $100,000 of retirement money with some receiving significantly greater amounts,” Jordan wrote. “Over the life of our ESOP, including this transaction, the total amount paid to current and former employees will be nearly $190 million. We will have helped a significant number of people realize the upside of having equity in something, being a part of the American Dream!”

Today we’re announcing that New Belgium has agreed to join Little World Beverages USA, the US platform for Lion Kirin breweries, pending approval from our employee owners. To learn more read a letter from our founder Kim Jordan: https://t.co/R355QLMMhf pic.twitter.com/2eoQVQTfsy

Jordan also outlined why New Belgium was struggling to stay independent at such a large scale, amid intense competition from a new generation of craft breweries that has doubled the total of such businesses in just four years. New Belgium was struggling to meet cash demands of the ESOP and selling stockholders while expanding the business both in production and branding.

“As we surveyed the landscape over the last several years, we found that options to raise capital while being an independent brewer weren’t realistic for us. Some of the most widely used options by craft brewers were going to compromise a lot about what makes New Belgium great: environmental sustainability and a rich internal culture,” she wrote. “Some of these were going to lead to cost-cutting or a lack of focus on sustainability.”

For more: How everything changed for a craft brewer after it sold itself to MillerCoors

The purchase of New Belgium is the first big foray into the U.S. for Lion, which signalled its desire to break into the U.S. craft-beer market when it hired a new executive with experience acquiring craft breweries in May. Kirin also owns a stake in Brooklyn Brewery, and opened its first brewpub under the Australian brand Little Creatures last summer in San Francisco.

“Our owner, Kirin, has entrusted Lion with leading its global craft-beer strategy and today’s announcement is a real milestone for us,” Matt Tapper, managing director of Lion Little World Beverages, said in Tuesday’s announcement. “Over time, we see a great opportunity to work together with New Belgium Brewing to grow a wider portfolio of craft beverages in the U.S.”

The all-cash deal is expected to close by the end of the year. New Belgium will keep its headquarters in Fort Collins, Colo., and Chief Executive Steve Fechheimer will remain at the helm, while Jordan has promised to remain deeply involved with the business and serve as an adviser to Lion.