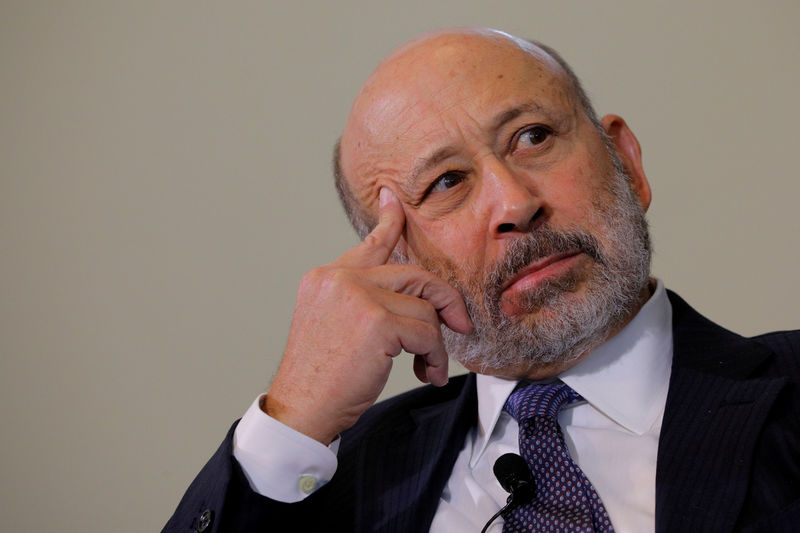 NEW YORK (Reuters) – Former Goldman Sachs Group Inc (N:) Chief Executive Lloyd Blankfein pushed back on Tuesday against Elizabeth Warren’s criticism of him and other prominent billionaires, saying the singling out of individuals makes him fear for the “political process in the United States.”

“I’m used to Wall Street getting pelted,” Blankfein said in an interview on CNBC. “But going after specific individuals … is that really good? I’m not so sure.”

Warren, a Democratic presidential hopeful and U.S. senator from Massachusetts, aired a television advertisement last week about her proposed 2% tax on wealth beyond $50 million. In it, she named several billionaires, including Blankfein, who was shown with a caption saying he “earned $70 million during the financial crisis.”

In response, Blankfein tweeted last week that he was “surprised” to be featured in the ad, and that “vilification of people as a member of a group may be good for her campaign, not the country. Maybe tribalism is just in her DNA.”

Asked on Tuesday if the comment was intended to be a dig at Warren’s claims of Native American heritage, Blankfein declined to elaborate, saying people can come to their own conclusions.

Warren’s staff did not immediately respond to an emailed request for comment.

Blankfein also said he understands the public support for a wealth tax, but called the policy “completely unworkable” because he said it would require annual assessments of the value of an individual’s estate.

“You’d spend years fighting about it … and next year, you’d have to do it again,” Blankfein said.

Asked if CEOs make too much money, another thorny topic Warren has raised on the campaign trail, Blankfein said he did not think “anybody should apologize” for the result of how their pay is determined.

On the ongoing trade dispute with China, Blankfein voiced support for President Donald Trump for “taking on this issue of how to get China to conform to standards of international behavior,” and said that tariffs may prove useful to achieving a positive resolution for the United States.

Blankfein also said he commends the efforts by his successor, current Goldman Sachs CEO David Solomon, to expand the bank’s revenue, which has stalled in recent years.