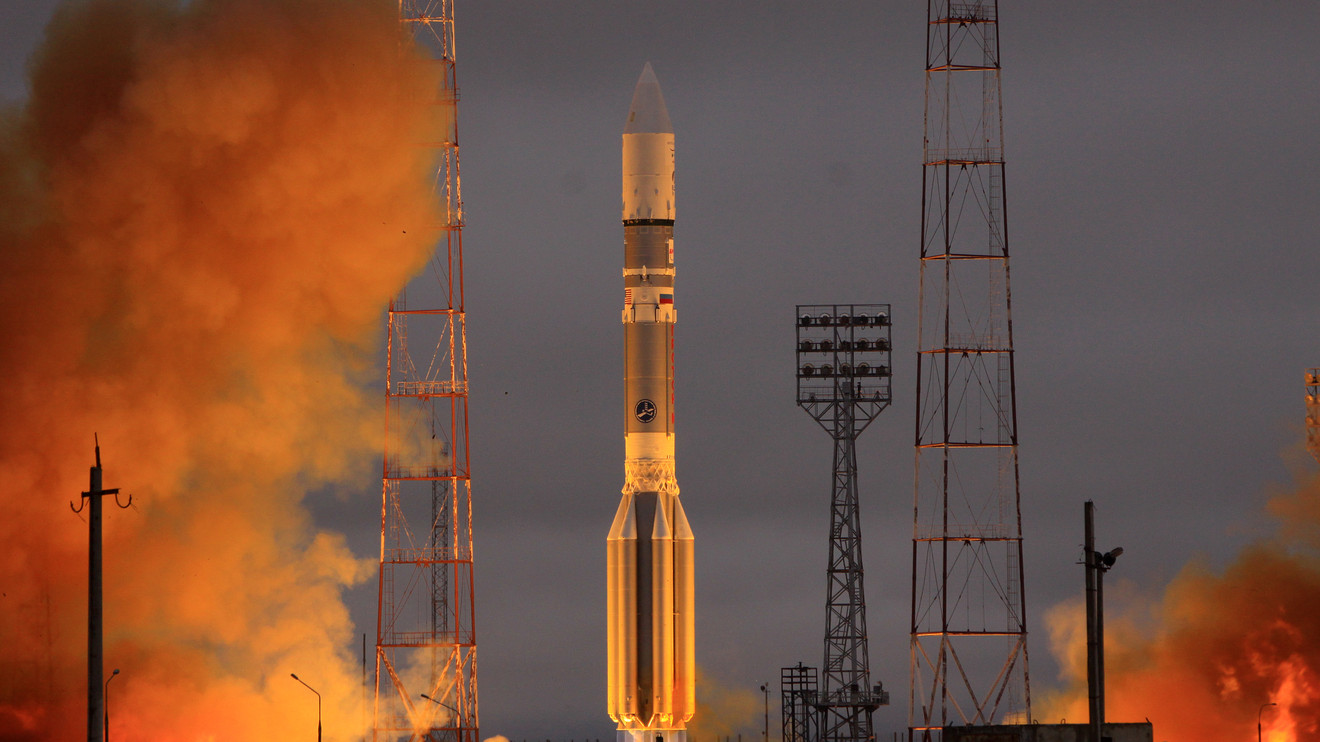 Shares of Intelsat S.A. continued to plummet to earth on heavy volume after the U.S. Federal Communications Commission’s decision to move forward with a public auction of new 5G spectrum prompted what was essentially a Congressional money grab.

Intelsat I, -22.54%   dropped 22% in afternoon trading, putting it on track for the lowest close since April 2018. Trading volume swelled to 291 million shares, compared with the full-day average of about 6.8 million shares.

Regarding the bill to give at least half the 5G spectrum auction proceeds to American taxpayers, “there seems to be some feeling in Washington that the satellite companies can take it or leave it.” But don’t dismiss the CBA’s ability to “cause a stink” and push the process out.

After some debate over whether spectrum in the 3.7-to-4.2 gigahertz band, known as “C-band,” which would be used to deploy 5G networks, should be sold in either a private or public auction, FCC Chairman Ajit Pai tweeted on Monday that he decided a public auction was best.

As a result U.S. Senators Roger Wicker (R., Miss.), chairman of the Senate Committee on Commerce, Science and Transportation, and John Thune (R., S.D.), chairman of the Subcommittee on Communications, Technology, Innovation and the Internet, introduced the 5G Spectrum Act. The Act would require the auction to start no later than year-end 2020 and for U.S. taxpayers to get at least half the proceeds.

“This legislation, which is a win-win for taxpayers, would quickly free up much-needed spectrum — the airwaves over which digital information flow — and, as a result, put more money back in the U.S. Treasury,” Thune said.

“The bill specifically would require that at least 50 percent of the auction revenues be reserved for the American people,” Wicker said.

Of course, it was not a “win-win” for Intelsat and the C-Band Alliance (CBA), which is comprised of Luxembourg-based Intelsat, Luxembourg-based SES S.A. SESG, -23.33%  and Canada-based Telesat Holdings Inc.

The CBA went as far as reminding the FCC that the U.S. needed the “full cooperation” of the satellite operators as much as the CBA needed the U.S. market.

“To ensure U.S. national security interests, U.S. leadership in 5G innovation and the expected accompanying GDP and job growth, the full cooperation of the satellite operators will be required to ensure the successful clearing of the C-band while protecting the incumbent broadcast services enjoyed by millions of U.S. households,” the CBA said.

Although the CBA said it would continue to work with the FCC to develop an “alternative plan” for the C-band spectrum auction, satellite operator investors didn’t appear too optimistic. Intelsat’s stock has now shed 75% in November, while the France-listed shares of SES have tumbled 35% this month. In comparison, the S&P 500 index SPX, -0.01%  has gained 2.8% month to date.

Analyst Ric Prentiss at Raymond James suggested in a note to clients titled, “Going public with required rake for C-band, or does Game of Thune mean litigation is coming,” that as it stands the deployment of the spectrum and profits to Intelsat will likely be delayed as the CBA moves to fight the 5G Spectrum Act.

“The existence of the bill calling for 50% of gross proceeds to the Treasury may have eliminated any ability on Chairman Pai’s part to negotiate with the CBA, and there seems to be some feeling in Washington that the satellite companies can take it or leave it,” Cusick wrote in a research note. “However, we would not dismiss the CBA’s ability to cause a stink here and push the process out, and while our $9 target on Intelsat seems reasonable if everyone can get on board with the Senate bill, the potential for a holdout by one or more satellite companies in order to take a larger share seems real.”

Cusick’s “base case” estimates for C-band auction monetization under the current plan is total CBA proceeds of about $30.88 billion. After $15.44 billion to the U.S. Treasury, the total proceeds after $3.00 billion in move costs would drop to $12.44 billion. Intelsat’s share would be 45%, which means the company would net about $5.60 billion.