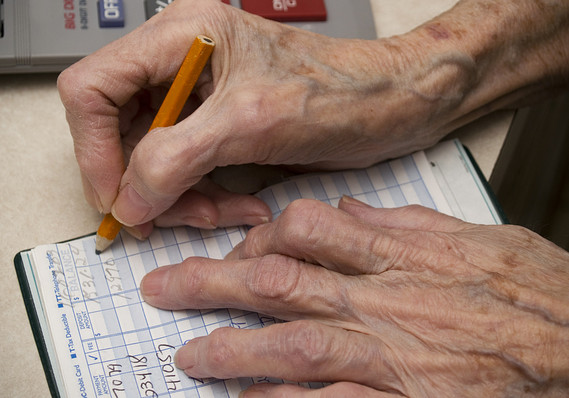 Financial exploitation of older Americans seems to be getting worse. The Treasury Department reported a 17% increase in the number of cases in 2017 vs. 2016, the latest figures available. And the Center for Financial Services Innovation says at least 20% of older adults have been victims of elder financial fraud. But there’s one piece of encouraging news on this otherwise depressing front.

“It’s like fighting pollution. You want to get it at the point of production.”

More than 1,800 employees at nearly 500 bank and credit union branches from 82 financial institutions in 11 states received the BankSafe training since the program launched in May 2019. Among the results:

“We’re thrilled with the results,” said Debra Whitman, executive vice president and chief public policy officer at AARP. “Working with the [financial] industry, we are making it more difficult for individuals to take advantage of older adults.”

What made it work so well?

I was curious what made the BankSafe training so effective at protecting the 3 million-plus customers of these institutions when many other banks and credit unions have been less successful preventing and curbing elder fraud. A new report by the National Community Reinvestment Coalition said: “Unfortunately, most cases of financial exploitation are unreported by financial institutions.”

Jilenne Gunther, national director of the BankSafe Initative at AARP Public Policy Institute, said the key was teaching employees how to spot the red flags of exploitation and then being empowered to report situations to their managers, to Adult Protective Services, and to law-enforcement officials.

“It’s like fighting pollution. You want to get it at the point of production,” said Gunther.

Once bank and credit union representatives saw attempts at financial exploitation, they often delayed suspicious transactions or put a hold on accounts.

Read: You’re in denial if you think you or your elderly parents won’t be scammed

And if it looked like someone suspicious was trying to steal money from an older customer, the employee would put that information in the customer’s “account notes” file. This way, workers at other branches would be aware of the potential problem.

“That helps the institution connect the dots,” Gunter noted, so the customer won’t be a victim at another location.

Who were the elder fraud victims and scammers?

I wasn’t surprised to learn that the average victim in the BankSafe project was a woman between age 70 and 79. But I was surprised that she had under $20,000 in her account, on average; I thought the scammers would be going after big money.

Elder fraud “perpetrators target everyone, regardless of how much money they have in their account,” Gunther said.

A family member was the perpetrator in a striking 70% of cases when money was saved due to suspected exploitation, she added. Often, she notes, scamming family members steal money from accounts held by victims at multiple financial institutions.

“They have more than one hand in the cookie jar. They know where all the assets are,” Gunther said. “Where the real estate properties are. Where the 401(k) is…”

Also see: 4 costly scams targeting older people that you should know about — but probably don’t

The National Community Reinvestment Coalition report noted: “A barrage of scammers, fraudsters and even close members of social and familial circles threaten the ability of older adults to age in place, in community and with confidence, dignity and security. For low- to moderate-income older adults, the prospects are even more stark.”

AARP is so pleased with the BankSafe results it plans to expand the program to other financial institutions nationwide.

The goal, said Whitman: “To make sure every person who works with consumers in banks and credit unions is BankSafe trained.”

Gunther’s advice to people in their 50s and 60s concerned that their parents might become elder fraud victims: “Be a second pair of eyes.”

Read next: The important online security tool you need to start using now

Richard Eisenberg is the Senior Web Editor of the Money & Security and Work & Purpose channels of Next Avenue and Managing Editor for the site. He is the author of “How to Avoid a Mid-Life Financial Crisis” and has been a personal finance editor at Money, Yahoo, Good Housekeeping, and CBS Moneywatch. Follow him on Twitter.