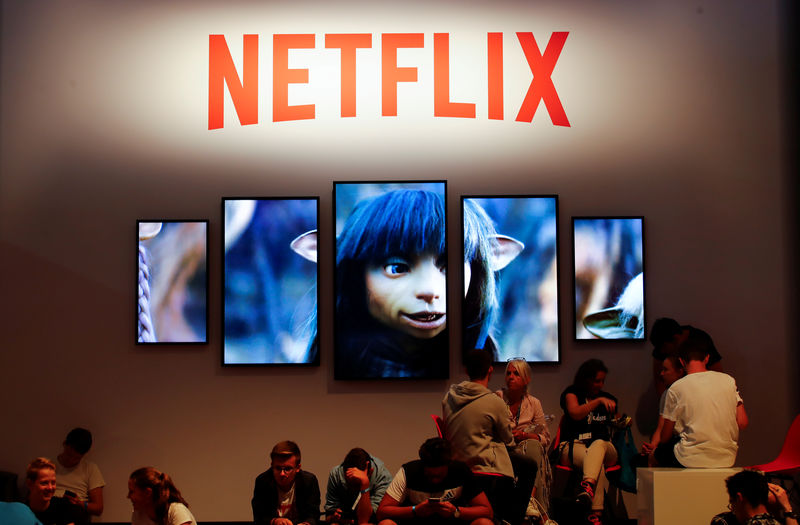 Shares of Disney have surged 8% since the launch of Disney+ a week ago, helped along by 10 million sign-ups for the service in its first day. But during the same period, Netflix’s stock recovered from an initial slump and is now up nearly 3%, with some investors betting the two companies’ streaming offerings may be able to coexist.

“I’m a consumer of both services and I can tell you that what my kids watch on Netflix is not what they watch on Disney+. Now I get it, and the market is reacting to that, appreciating the shares of both companies,” said King Lip, chief investment strategist at Baker Avenue Asset Management in San Francisco.

Investors for months have viewed the looming launch of Disney+ as the most dangerous challenge yet to Netflix’s dominance of an increasingly crowded video streaming market. Disney’s stock has risen 27% since April when Disney+ was unveiled, while Netflix remains down 18%.

Netflix Chief Executive Reed Hastings warned in September that competition arising from the entrance of Apple (O:), Disney and NBC to the global streaming market would spark a surge in content costs, adding to worries about Netflix’s already slowing subscriber growth.

Apple earlier this month launched its streaming video service, with a slim offering of original shows, for $5 per month, compared to Netflix’s $13 per month standard price. AT&T’s HBO Max is set to launch in early in 2020.

Disney’s $7 per month service includes family-friendly new and classic TV shows and movies from some of the world’s most popular entertainment franchises. But Disney+ steers clear of content aimed at more mature audiences, often popular on Netflix, giving consumers reasons to pay for both, Lip said.

Following its recent surge, Disney’s stock is trading at 23 times expected earnings, its highest forward earnings valuation since 2004, according to Refinitiv data. As investors reconsider the value of Netflix, its forward earnings multiple has been trading at under 60 since September, far below its average of 148 over the past five years.

Chuck Carlson, chief executive of Horizon Investment Services in Hammond, Indiana, has been advising clients to avoid Netflix due to its valuation, rising production costs and concerns about weak subscriber growth.

“Because Netflix is the leader, it has the most to lose, and now we are going to start seeing pretty steady data points coming out from all of the other streaming services,” Carlson said. “It still seems to be a tough story for Netflix.”