Home
Stocks
Outside the Box: Democrats will avoid the real causes of the student loan crisis at Wednesday’s debate
Prev Article Next Article 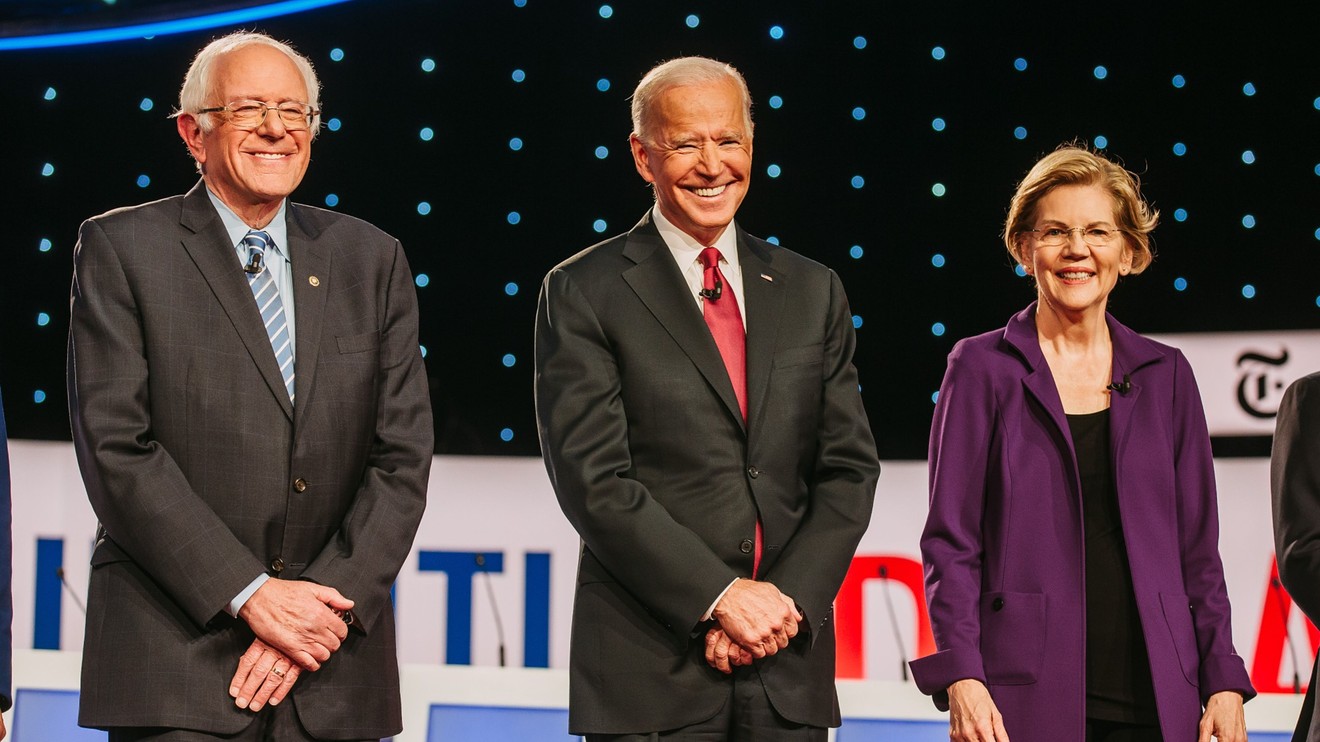 The real cause of the student loan debt crisis is clear: Liquidity provided by the federal government enables colleges and universities to raise their prices.

The next Battle of the Goodie Bags will take place Wednesday. Ten Democratic presidential competitors are preparing to out-promise one another. As you enjoy some popcorn, keep three things in mind during the Student Loans Round.

Too much government support

Sen. Bernie Sanders is fond of claiming the cost of college and student debt shot up because federal and state governments cut spending. Not true.

DeVos added that, at roughly $1.5 trillion, the federal student loan portfolio constitutes one-third of the government’s total balance sheet — and is a significantly larger portfolio than any private bank.

Again, student loan debt totaled $500 billion in 2007. In 2008, the Bush administration and Democratic Congress passed the Ensuring Continued Access to Student Loans Act. This largely began the nationalization of student loans. It got worse in 2010 with the Health Care and Education Reconciliation Act (HCERA). Directly tied to the Affordable Care Act (aka Obamacare), the HCERA lit the fire of direct government lending for student loans.

Unsurprisingly, student loan debt has doubled since the HCERA.

Back in 1987, when federally backed loans were far scarcer, then-Secretary of Education Bill Bennett offered the Bennett Hypothesis. “Increases in financial aid in recent years have enabled colleges and universities blithely to raise their tuitions, confident that federal loan subsidies would help cushion the increase.” Thirty-two years later, it has really become Bennett’s Law of Tuition Stimulation.

A 2015 report by the Federal Reserve Bank of New York demonstrated this, noting a direct correlation between the rise in student loan borrowing and increasing tuition.

“Higher tuition costs raise loan demand, but loan supply … [relaxes] students’ funding constraints,” the bank said, asserting that there is a “pass-through effect on tuition.” This means that for every dollar a college or university gets in subsidized federal loans, tuition increases 65 cents. The outcome is similar for unsubsidized loans (30 cents) and Pell Grants (55 cents).

Plus, from 1976 to 2005, Congress made student debt virtually impossible to include in bankruptcy, making it the only kind of consumer debt that can almost never be discharged. Historically, loans were high-interest and more difficult to get because they could be discharged, and most loans were private. Thus, lenders took on greater risk when they offered loans and were more cautious. Absent risk to the lender, loan-giving increases.

Democrats act as if the only solutions to this crisis are the Magic Student Loan Debt Eraser, refinancing student debt and/or tuition-free college. That’s false. At the Millennial Policy Center, we’ve taken this problem head-on and shared numerous practical, cost-effective ideas to address the crisis.

For example, existing student loan borrowers at risk of default should again be able to discharge debt in bankruptcy. Congress can also make repayment easier, quicker and tax-free with employer help through legislation, such as the Student Loan Repayment Acceleration Act proposed by Republican Sen. Cory Gardner of Colorado or the Employer Participation in Repayment Act advanced by Democratic Rep. Scott Peters of California and Republican Rep. Rodney Davis of Illinois.

For future borrowers, higher education institutions should be on the hook for a percentage of the losses on a defaulted or discharged loan. Democratic Sen. Elizabeth Warren of Massachusetts once cosponsored something similar. We must also completely revamp the student loan and college accreditation systems, and Congress ought to restructure Pell Grants into a Pell Stipend (voucher).

So, as you watch the Democrats debate higher education Wednesday night, just remember: While they’ve identified a genuine crisis, they miss the mark on the cause. And they are most definitely misleading you when they imply their ideas are the only “solutions” around.

Jimmy Sengenberger is CEO of the Millennial Policy Center, a public-policy think tank based in Denver, and the host of “The Jimmy Sengenberger Show” on Denver’s News/Talk 710 KNUS. His Twitter profile is @SengCenter.