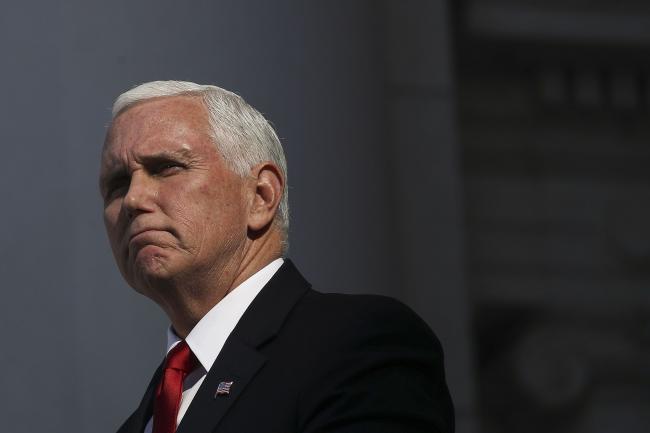 Vice President Mike Pence said Tuesday that it would be difficult for the U.S. to sign a trade agreement with China if demonstrations in Hong Kong are met with violence.

“The president’s made it clear it’ll be very hard for us to do a deal with China if there’s any violence or if that matter is not treated properly and humanely,” Pence said during an interview with Indianapolis-based radio host Tony Katz.

The vice president said the U.S. is “taking a strong stand with China” while “currently negotiating a phase-one deal.”

Hundreds of Hong Kong demonstrators were hospitalized on Tuesday after a standoff with police, and protesters plan to block roads and disrupt rail service on Wednesday. The White House said in a statement on Monday that Chinese authorities should “protect Hong Kong’s freedom, legal system and democratic way of life,” and Secretary of State Michael Pompeo said the U.S. is “gravely concerned” about rising violence in the city.

But President Donald Trump has spoken delicately about the protests while he attempts to close a deal with Chinese President Xi Jinping that may wind down the trade war with Beijing.

Trump has yet to weigh in on an effort by Senate Republicans to pass legislation supporting the Hong Kong demonstrators, a measure that would risk angering Beijing.

Chinese officials expressed clear displeasure with the measure, calling it an improper intervention in their domestic affairs. The Foreign Ministry threatened “strong countermeasures” in response to the House’s vote last week and repeated the threat as the Senate prepared to cast votes on Tuesday.

The bipartisan Senate bill would sanction Chinese officials who are found to have violated Hong Kong’s “freedoms and autonomy” and require an annual review of Hong Kong’s special status under U.S. law.

Trump told reporters during a Cabinet meeting on Tuesday that China is “going to have to make a deal that I like, if they don’t that’s it.”

But the president added that he is “very happy with China right now.” He made no reference to the Hong Kong protests.