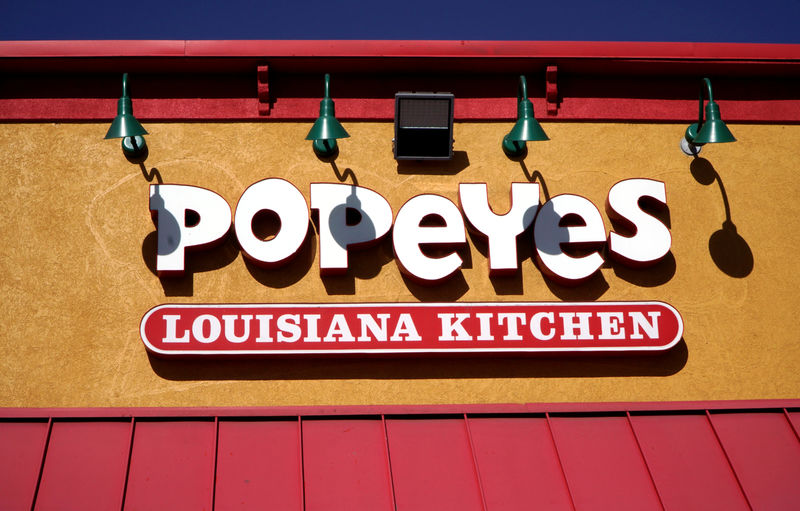 SHANGHAI (Reuters) – U.S. fried chicken chain Popeyes wants to become the top chicken brand in China, the chief executive of its parent company said on Tuesday, as it prepares to take on KFC, the no.1 player in the world’s most populous market.

Popeyes signed a lease in Shanghai for its first store in China on Monday, which is slated to open next year.

The company outlined plans in July to build 1,500 restaurants in China in the coming decade, becoming the last of Toronto-based Restaurant Brands International Inc’s (TO:) main brands to enter the country.

By contrast, Yum China’s (N:) KFC has some 6,300 stores. Yum has said it is acutely aware there is more opportunity to expand in China, noting that while it was in 1,300 Chinese cities, there are still 700-800 cities without a KFC store.

Popeyes’ July plan was “just really to put a framework on the short-term potential business”, Jose Cil, RBI’s CEO said in an interview in Shanghai.

“I think we can be the no.1 Chicken brand here in China and all around Asia,” he said, adding that consumers in the region were looking for options. He dismissed concerns that a slowing China economy and trade tensions had dimmed prospects for growth in the long term.

Cil’s remarks comes as the Cajun-inspired fast food chicken chain experiences a surge in popularity in the United States after a newly launched fried chicken sandwich went viral on social media. Demand was such that Popeyes had to stop taking orders after only two weeks before relaunching it this month.

The sandwich will also be offered in China, he said.

And Tim Hortons, its Canadian coffee chain, just opened its 28th store in China after launching here in February.

“We are preparing ourselves to be able to accelerate growth in the coming years,” Cil said of the brand.