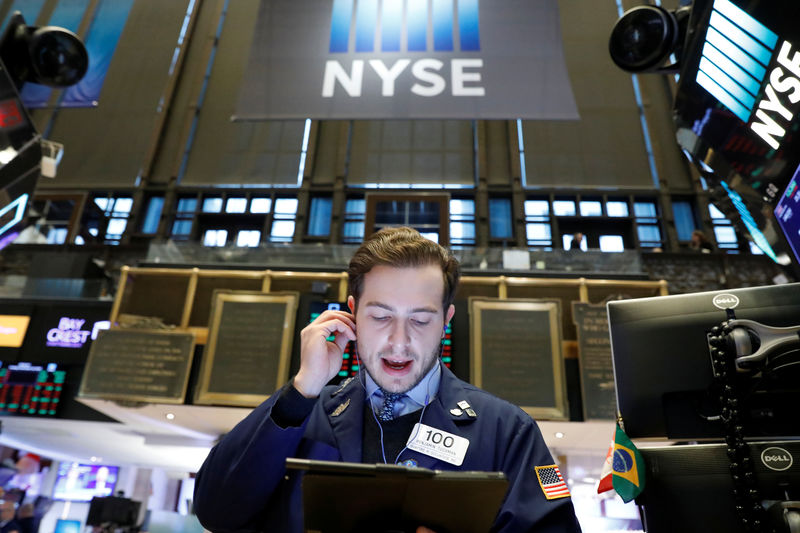 (Reuters) – U.S. stock index futures rose on Tuesday as investors turned optimistic that Washington and Beijing would agree on a deal to end a bruising trade war that is posing one of the biggest risks to global economic growth.

The fallout from the tit-for-tat tariff dispute over the past 16 months has already led to a slowdown in China and shown up in some economic indicators in the United States.

But U.S. stock markets have climbed steadily to new record highs this month, shrugging off negative headlines on the trade front.

On Monday, a temporary reprieve in sanctions on China’s Huawei Technologies Co Ltd by the Trump administration helped ease concerns, which were triggered by a report that China was pessimistic about reaching a deal.

A largely better-than-expected corporate earnings season has also fuelled a Wall Street rally over the past few weeks, with the benchmark S&P 500 setting new records almost every day.

Nearly three-quarters of the 461 S&P 500 companies to report results so far have topped profit estimates, according to Refinitiv data. Although those numbers reflect significantly lowered expectations to a large extent.

On Tuesday, Home Depot Inc (N:) and Kohl’s Corp (N:) bucked that trend and signalled a weak quarter for retailers. Target Corp (N:) and Lowe’s Cos Inc (N:) are due to report results later this week.

Kohl’s dropped 10.2% as the department store operator slashed its annual profit expectations, ahead of the all-important holiday shopping season.

Also on the agenda this week are minutes from the Federal Reserve’s latest policy meeting, where it cut interest rates for the third time this year, and data on U.S. manufacturing activity.

Among other stocks, Broadcom Inc (O:) rose 2.1% after Morgan Stanley (NYSE:) upgraded the chipmaker’s stock to “overweight” from “equal-weight”.

But shares of AT&T Inc (N:) slipped 1.5% after MoffettNathanson downgraded the U.S. wireless carrier’s stock to “sell” from “neutral”.