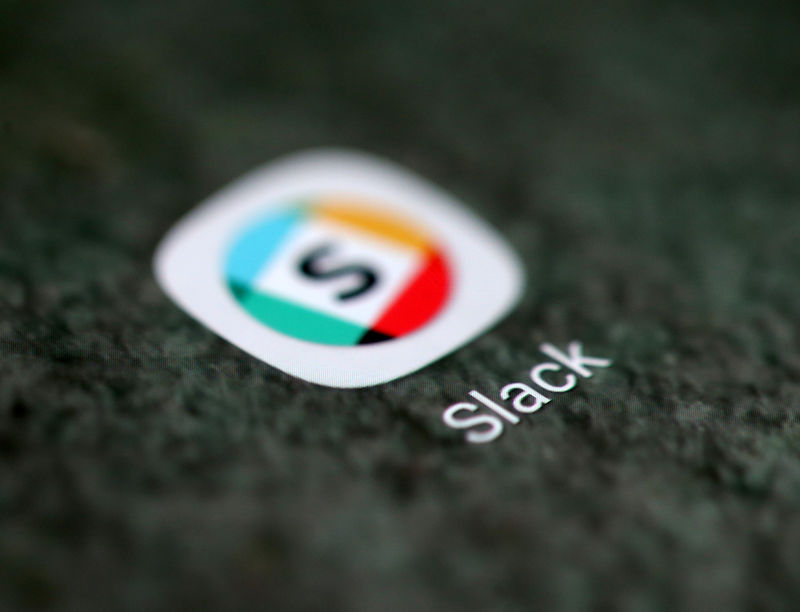 Investing.com – Shares of messaging platform Slack Technologies (NYSE:) slumped on Tuesday on competition fears as a rival service from Microsoft (NASDAQ:) appears to be gaining momentum following a surge in active users.

Slack, meanwhile, last month said it grew its DAU by 37% in a year.

Underscoring the threat from Microsoft’s Teams, Wall Street has, in recent weeks, opted for caution.

Wedbush, meanwhile, appears far less sanguine on the messaging platform, with a price target of $14 amid worries that Teams represents a “major hurdle” to Slack’s future growth prospects.

Slack went public in June to much fanfare as it rallied 50% above its IPO price of $26, though the rally had raised valuation concerns. But shares have slumped pretty much consistently since the IPO and are now 26% below their IPO price.

The Wall Street Journal has also weighed in on the debate, warning earlier this year that shares of Slack were running too hot as there was little evidence that companies were adopting the messaging platform exclusively.

Slack in September reported second-quarter results that topped estimates, but its forecast for a slightly larger-than-expected loss for the third quarter stoked fears about its growth. The workplace-communications company said it expects to lose 8 cents to 9 cents a share, wider than the consensus estimates for 7 cents a share from Factset.