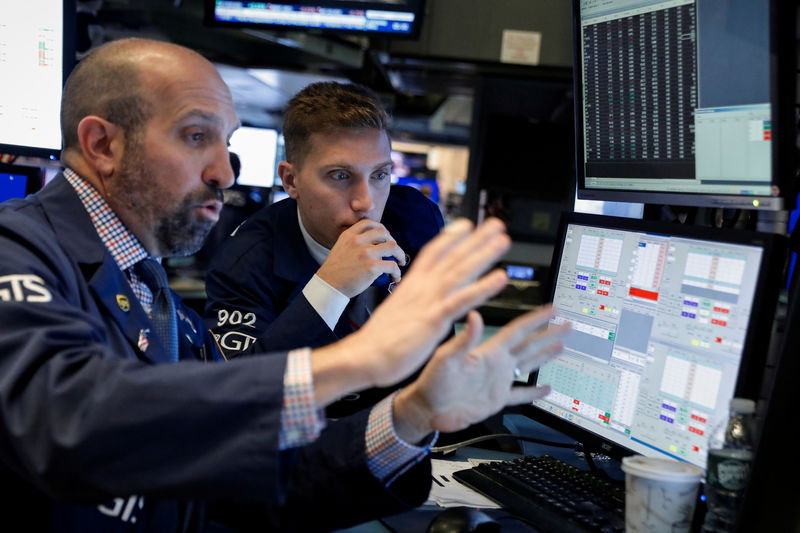 COLORADO SPRINGS, Colo. (Reuters) – Specialized fund managers who pioneered green investing for decades are missing out on some of the spoils as the sector goes mainstream and large firms move in.

So-called sustainable funds, which pick stocks based on environmental, social or governance (ESG) criteria, are on track to take in more than $16 billion in net new deposits this year, triple last year’s record of $5.5 billion, according to fund tracker Morningstar Inc.

But the new money has largely gone to top asset managers like BlackRock Inc (N:) and Vanguard Group, which were late to the sector. BlackRock’s iShares ETF line had the most inflow, with $3.75 billion for the nine months ended Sept. 30, with Vanguard in third place with $2 billion of new money.

Meanwhile, several well-known socially responsible investment firms that began developing the sector as early as 1971 have had net customer withdrawals from their mutual funds this year, Morningstar found.

Those included Parnassus Investments and Pax World Funds. Another, Boston Common Asset Management, had net outflows through September but turned things around in October in its mutual funds, which account for only about 10% of its assets.

The main reason for the pattern is structural: the top firms have the scale to handle big institutional deposits, often in low-cost passive funds that track indexes and do not require active stock-picking.

She spoke during a sustainable-investing conference in Colorado last week, The SRI Conference, which drew a record attendance of about 900 people. Sustainable investing still represents just a small fraction of the $21 trillion U.S. mutual fund market but lately has proven popular, especially with young investors concerned about climate change and social issues.

To differentiate themselves, Gorte’s firm and others say they are better activists and press harder for corporate policy changes compared with the index shops, which do not file shareholder resolutions, rarely single out companies for attention and hold oil and gas companies widely in their portfolios.

BlackRock and Vanguard argue that their approach resonates with clients. “Sustainable investing has moved from a satellite allocation to the core of a portfolio for financial advisers and institutional investors,” a BlackRock spokesman said.

Vanguard executives said the firm offers a wide range of products aimed at clients with many different views and financial needs. Some may want only to have certain sectors screened out of their index funds, while others “may desire a more active approach,” said spokeswoman Carolyn Wegemann.

To be sure, Morningstar found other sustainable firms took in money this year, including Green Century Capital Management and Trillium Asset Management. They had $35.4 million and $16.6 million in net new deposits respectively through September, small amounts compared with the index firms.

Traditionally, socially minded funds had poorer performance. But that penalty has faded as top companies, including Apple Inc (O:) and Walmart Inc (N:), took steps like using more solar power, allowing sustainable funds to invest in them and to participate in the steady rise of their stock prices.

The $3.8 billion Parnassus Endeavor Fund (O:), for instance, was up 29% this year through Nov. 15, 2.27 percentage points better than its benchmark Russell 1000 index. Over the past five years its total annualized return of 11.75% beat 95 percent of peer funds, according to Morningstar.

Like other active funds, however, it has had some down years, which has steered investors to passive products with more consistent performance like the $6.7 billion Vanguard Social Index Fund. (O:) It is up 28% so far this year, 1.76 percentage points better than the benchmark Russell 1000 index. Its 5-year total annualized return of 12.07% beat 97 percent of peer funds.

Parnassus Chief Marketing Officer Joe Sinha said flows can return if markets turn choppy while managers use sustainability as a marker to pick well-run companies. Until then, his firm and rivals may face headwinds.

“We’re not immune to the trend into passive investing,” he said.