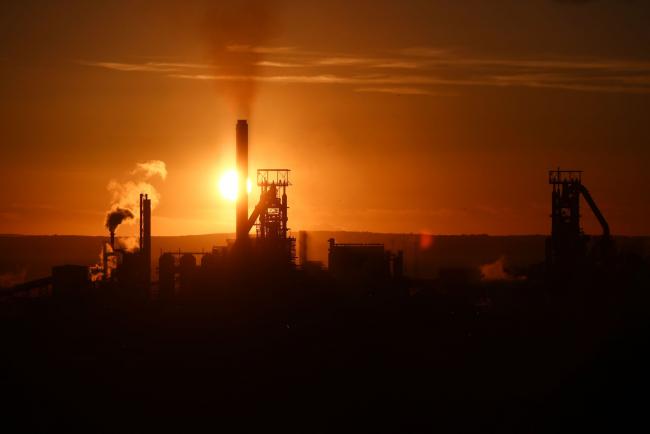 Tata Steel Ltd. plans to cut as many as 3,000 jobs across its European operations to cut costs in the latest blow to the region’s industry, with the move coming amid a heated general election campaign in the U.K.

About two-thirds of the reductions would be office-based staff, the company said in a statement. Tata Steel — which has steel-making facilities in the U.K. and the Netherlands, as well as other manufacturing operations — didn’t give a detailed breakdown of where the job losses would be made.

“Stagnant EU steel demand and global overcapacity have been compounded by trade conflicts, which have turned the European market into a dumping ground for the world’s excess steel capacity,” Mumbai-based Tata Steel said.

The European steel industry has faced growing headwinds this year amid declining demand, slowing economic growth and the consistent threat of overseas supplies, including exports from Turkey, Russia and China. British Steel Ltd., the U.K.’s No. 2 steelmaker was put into liquidation in May, and has been taken over China’s Jingye Group Co. Apparent demand in the European Union will contract 3.1% this year, lobby group Eurofer warned last month.

Voters in the U.K. go to the polls next month in a rare winter general election, and Tata Steel’s move is likely to feature as an issue in the showdown, which has been dominated by the Brexit crisis. In the contest, Conservative Prime Minister Boris Johnson is squaring off against Labour leader Jeremy Corbyn.

Tata Steel, which bought Corus Group Plc for about $13 billion in 2007, has been closing and selling plants in the U.K. since the 2008 financial crisis to make the business more profitable. The company is focusing on growing in India, where Chairman N. Chandrasekaran aims to ramp up capacity as the nation’s demand is set to expand as much as 7% in the coming years.

Tata Steel Europe’s Ebitda sank 90% to 31 million pounds ($40 million) in the first six months of the current financial year from April on revenue of 3.25 billion pounds, according to the statement. The job cuts and other moves target positive cash flow by the end of the year to March 2021.

“Europe remains a difficult market but this is how they can deal with the challenges there,” Amit A. Dixit, an analyst at Edelweiss Financial Services Ltd., said from Mumbai, citing problems also faced by peers including ArcelorMittal. “The market will likely react to this proposal in a hugely positive way.”

Earlier, Tata Steel had tried to address its position in Europe through a proposed venture with German rival Thyssenkrupp AG (DE:). But that initiative was blocked by the EU’s antitrust officials, who said allowing the deal would have reduced the number of suppliers and increased prices.

In a measure of the challenge facing local mills, steel production in the EU slumped in August to the lowest since the financial crisis amid a record jump in imports. The bloc’s output dropped to 11.45 million tons that month, according to World Steel Association data. That’s the lowest level since 2009.

ArcelorMittal, the world’s top steelmaker, said this month that European steel consumption will drop by up to 3% this year, the most since 2012. Austrian steelmaker Voestalpine AG has also been lowering its profit outlook as the industry downturn spreads.

(Updates to add purchase of Corus assets in seventh paragraph.)