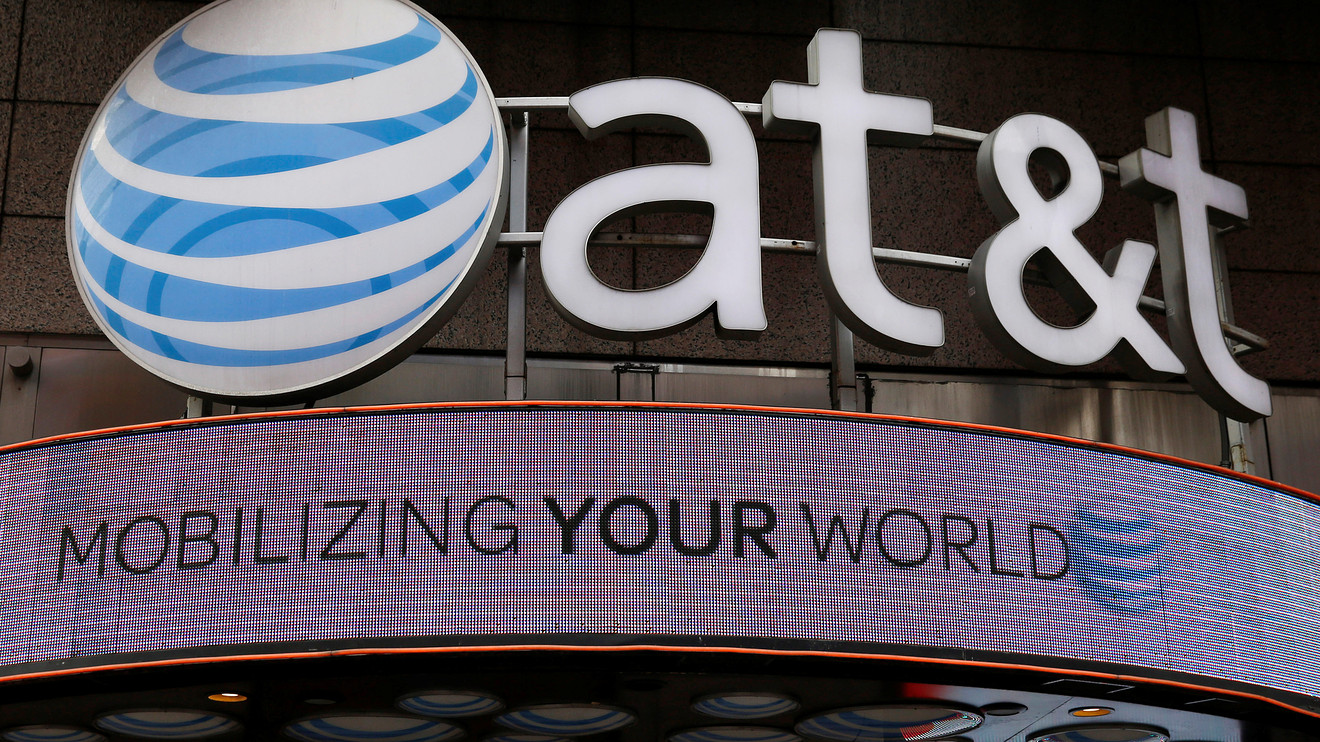 Even a muted forecast might be too hard for AT&T Inc. to achieve, according to an analyst.

MoffettNathanson’s Craig Moffett has doubts that the telecommunications giant will be able to meet its target of 1% to 2% annualized revenue growth over the next three years while also delivering on its goal of stable margins in the year ahead, especially as the wireless industry becomes more competitive. He cut his rating on AT&T’s shares T, -3.04%  to sell from neutral on Tuesday.

The stock is off 2.7% in Tuesday trading as Moffett detailed his concerns that AT&T may have “overpromised” with its outlook and that the current market environment might place less value on AT&T’s high dividend.

Read: Dish could be benefiting from AT&T’s video ‘calamity’— or else things are finally stabilizing

Moffett projects continued revenue declines for AT&T’s entertainment, business wireline, and Warner Media units, given a challenging pay-TV landscape and cost-cutting efforts in the video business that have sent subscribers fleeing. AT&T boosted prices for both traditional DirecTV video and its over-the-top AT&T Now offering, while dramatically limiting its spending on new-customer acquisition. Moffett expects that the company will have 15% fewer premium video subscribers at the start of 2020 than it did at the start of 2019, though the company appears to be trying to compensate by generating higher average revenue per user (ARPU) from those who remain.

“Still, the composite of a ~15% decline in subscribers and a ~6% rise in ARPU isn’t complicated math,” Moffett wrote.

He points out that AT&T’s entertainment, business wireline, and Warner Media segments account for 61% of company revenue, meaning that if those businesses all see sales declines, AT&T will have to count on “something like 8% revenue growth” from its wireless business, which makes up the remainder of overall revenue.

“While AT&T did note that it expects wireless revenue growth of ‘2+%’ year over year, the gap between 2+% YoY and 8% YoY is just too large to reconcile within reason,” Moffett said. AT&T will need to see a big rise in handset sales to meet its targets, but even with the 5G boom, the company faces difficult trade-offs, in Moffett’s view, especially as the . “Handset sales are margin dilutive; the more revenue the company gets from equipment, the harder it will be for them to achieve their margin targets.”

He expects that cost reductions will therefore become an “enormous” burden throughout the company.

“Despite a target price well below AT&T’s recent trading range, we’ve remained neutral since our upgrade from sell last November, based largely on the view that global yield starvation would attract capital to AT&T irrespective of its fundamentals,” he wrote. “But in the wake of a strong rally that has left AT&T’s valuation stretched and its dividend yield less compelling (particularly when measured against the recent recovery in the 10-year Treasury yield), we believe the time has come when the market will start paying attention to fundamentals again.”