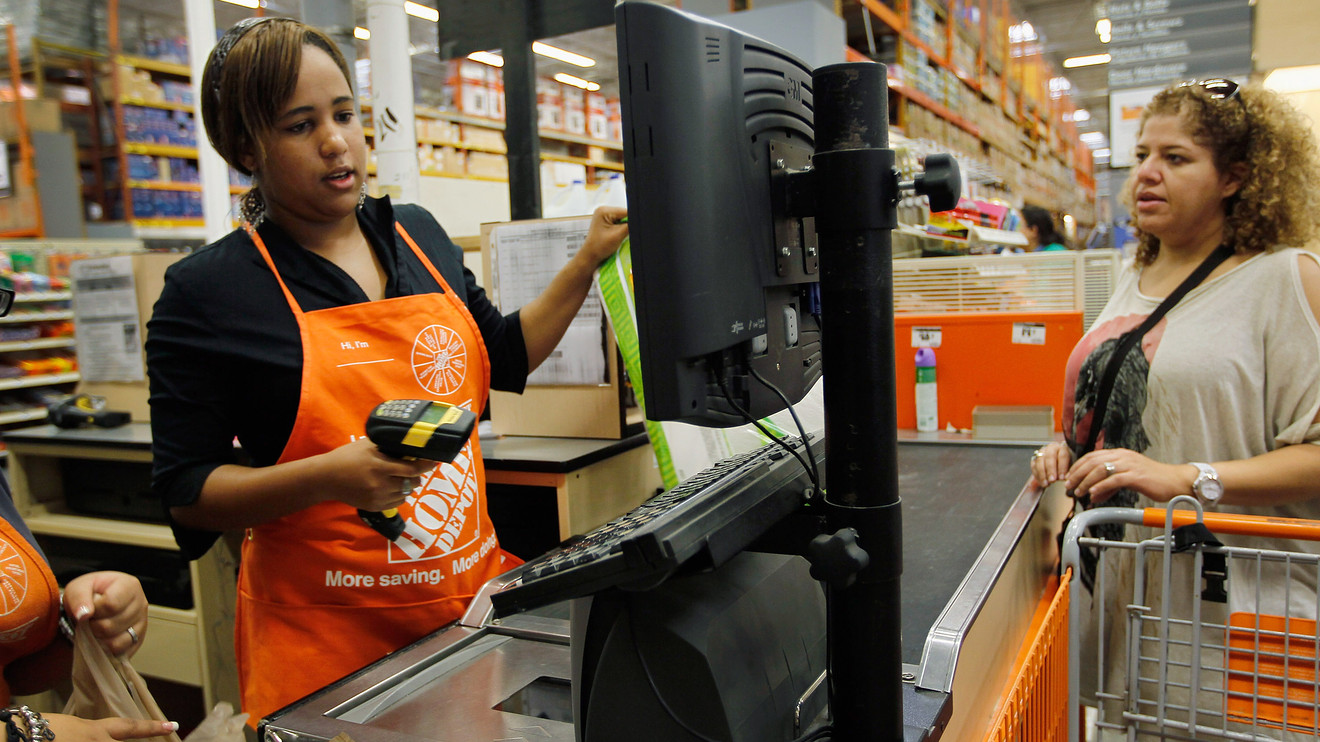 The results put Home Depot stock price on track for the biggest one-day post-earnings decline in more than a decade.

Home Depot’s chief executive blamed the shortfall on the timing of benefits from company investments.

“We are largely on track with these investments and have seen positive results, but some of the benefits anticipated for fiscal 2019 will take longer to realize than our initial assumptions,” he said in a statement.

“With the company prudently reducing Q4 2019 expectations and assuming no improvement in the two-year stacked comp (despite an improving macro), we view Q4 as largely derisked,” analysts led by Matthew McClintock said. “We believe Home Depot should be bought on weakness.”

Read: With six fewer holiday season shopping days there’s no time for impulse purchases, which is bad for retail

Even with the better macroeconomic environment, GlobalData Retail says Home Depot has to contend with a resurgent Lowe’s Cos. LOW, -1.19%

“Admittedly there has not been a major erosion in Home Depot’s market share, however, the visibility of Lowe’s has been improving and we believe that growth in the market is now being more evenly shared between the two main players,” Neil Saunders, GlobalData managing director wrote in a note.

“This trend is likely to continue for the foreseeable future and Home Depot will now need to contend with a more determined and aggressive rival.”

Lowe’s stock is being dragged lower by Home Depot, down 1.1% in Tuesday trading, but up 24.5% over the last year.

Lowe’s is scheduled to report third-quarter earnings on Wednesday during premarket.

Don’t miss: J.C. Penney has good ideas but doesn’t have the resources for a turnaround, analysts says

Home Depot will be able to hold on to its market dominance with help from those aforementioned investments. Saunders thinks the spend, which is going towards store improvements and the shift to a more multichannel shopping experience, will pay off.

But while Home Depot is willing to spend, consumers are a little less so.

“The number of people undertaking various big do-it-yourself activities is not growing as fast as it was this time last year, and this is likely one of the reasons why sales numbers are more modest than forecast,” Saunders said.

“The worry is that this trend will sharpen into 2020 as consumer finances come under more pressure – something that could weigh down on Home Depot’s prospects.”