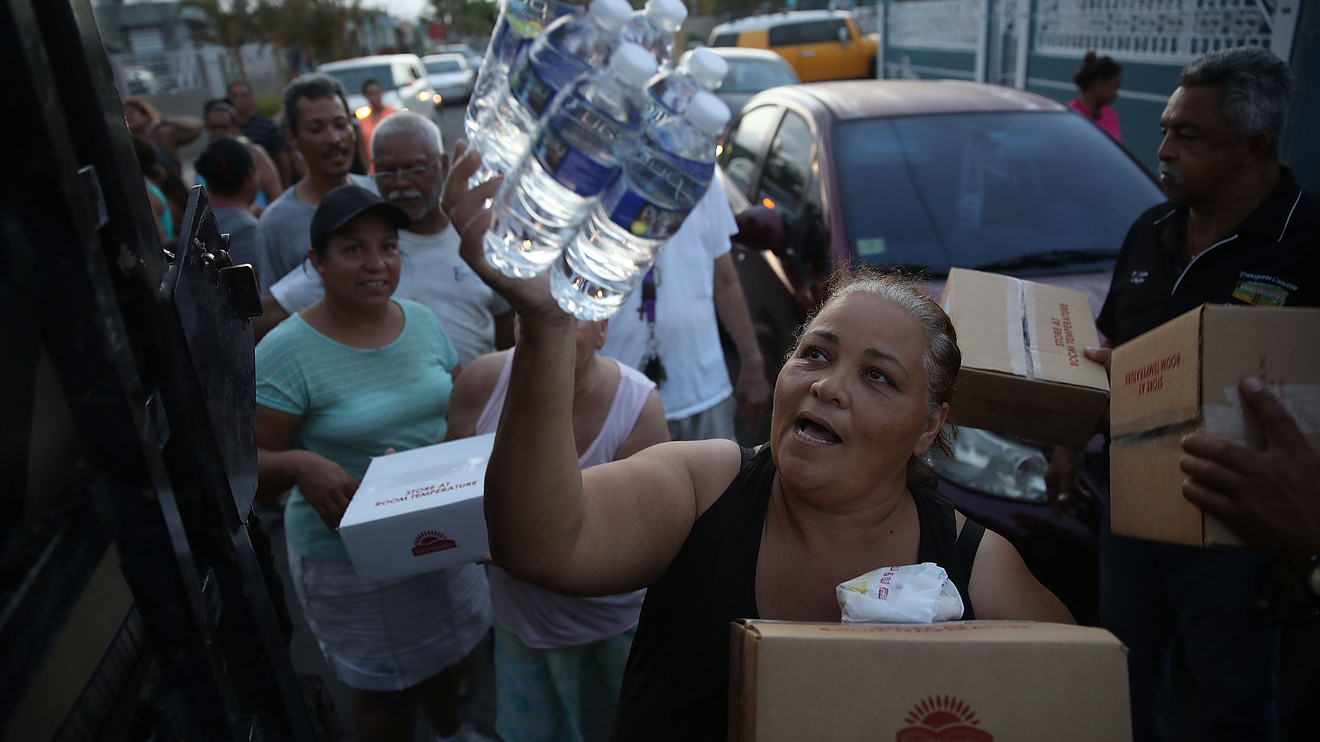 More than 2 million people in the U.S. lack running water and basic indoor plumbing, according to a new report by the human-rights nonprofit DigDeep and the nonprofit U.S. Water Alliance — and race and poverty are key determinants of who has access to clean water and sanitation.

“The United States is home to some of the most reliable water and wastewater systems on earth, and many Americans believe access is universal,” the authors wrote. “But in fact, millions of the most vulnerable people in the country — low-income people in rural areas, people of color, tribal communities, immigrants — have fallen through the cracks.”

Lacking access to safe water and sanitation “makes it difficult to stay healthy, earn a living, go to school, and care for a family,” they added.

The report’s analysis drew upon data from the U.S. Census Bureau’s American Community Survey. Given that survey’s limitations — it doesn’t ask about wastewater services or about the affordability or reliability of water service, the authors said — they also conducted qualitative research on a handful of regions (the Navajo Nation, California’s Central Valley, the Texas colonias, Appalachia, Puerto Rico and the rural South) that struggle with adequate water and sanitation access.

Lacking access to reliable and safe running water; a tap, shower and toilet at home; and a wastewater removal and treatment system ’makes it difficult to stay healthy, earn a living, go to school, and care for a family,’ the authors said.

Race, the authors found, proved “the strongest predictor” of whether a household has access to water and sanitation. About 0.3% of white households in the U.S. don’t have complete plumbing, for example, versus 5.8% of Native American households and 0.5% of African-American and Latinx households.

Racial water gaps for Latinx and African-American households are particularly salient at the regional level, the authors added: “In parts of the South, African Americans are the group most likely to lack complete plumbing. In California and Texas, Latinx people are the most affected.”

Whole communities — often clustered in specific areas — experience lack of access to complete plumbing, the researchers found. Access gaps are concentrated in places including Alaska, Maine and the Dakotas, as well as regions in which the researchers conducted field research. At the same time, smaller “pockets” experiencing lack of access to water and sanitation are nestled into some counties that generally have better access.

Disparities in water access aren’t the result of individual choice, the authors said; rather, they stem from “historical and geographical factors that have left entire communities without adequate services.” The report points to federal water-infrastructure funding that has dried up over the decades, and an even greater disadvantage for communities in which the government didn’t initially invest money.

“Vulnerable communities disproportionately lack access to water and sanitation, in part due to discriminatory practices embedded in some past water infrastructure development initiatives,” the authors said.

‘Living in an American Indian or Alaskan Native, black, or Hispanic household increases the odds of being plumbing poor, and these predictors warp and woof through space,’ said the authors of a separate study.

A separate study published in the Annals of the American Association of Geographers earlier this year also found “hot spots” of racial and geographic inequality in Americans’ water insecurity. Having incomplete plumbing was concentrated in specific regions and was “clearly racialized,” the authors wrote.

“Living in an American Indian or Alaskan Native, black, or Hispanic household increases the odds of being plumbing poor, and these predictors warp and woof through space,” they said.

A 2017 analysis published in the journal PLOS One projected that the share of American households that will experience unaffordable water bills could spike from 12% to nearly 36% over the next five years. Factors like infrastructure repairs, climate change, water quality and sanitation all place an “increasing strain on water prices,” according to the research.