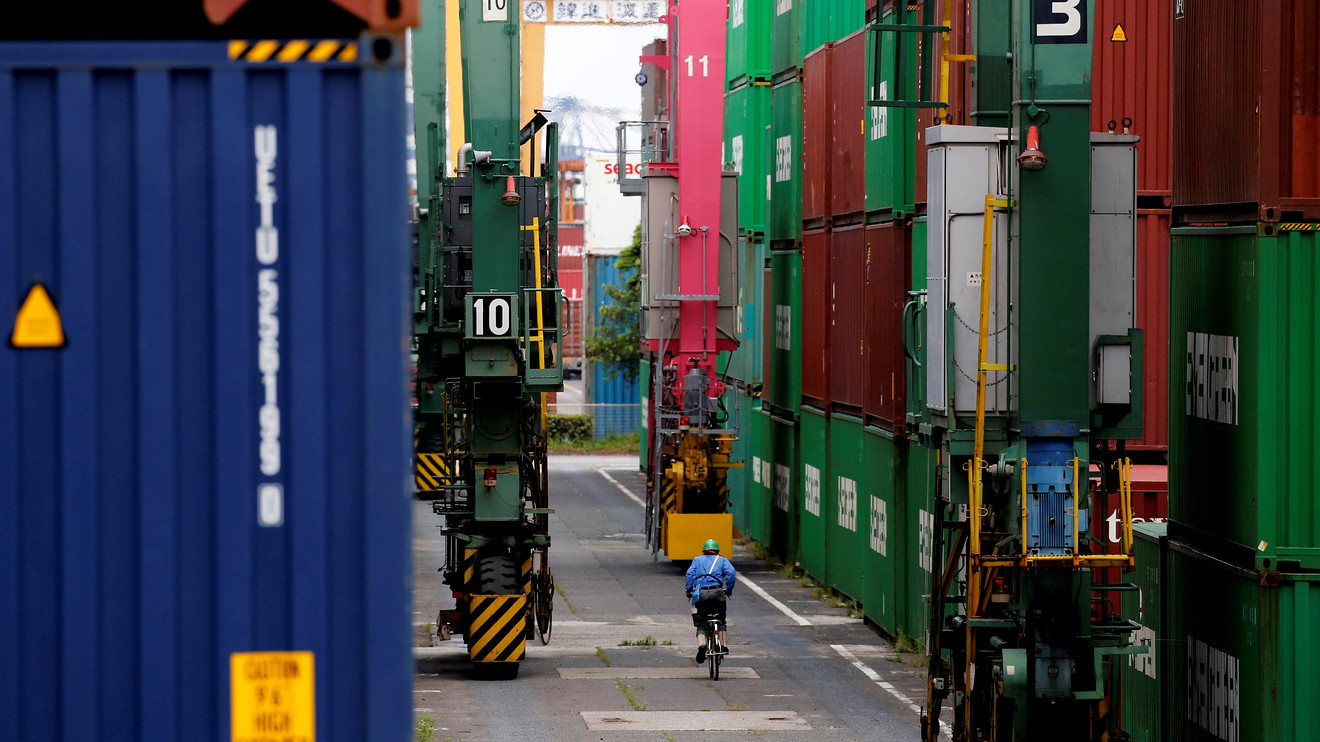 Shares retreated in Asia on Wednesday after Japan reported its worst monthly decline in exports in three years, putting pressure on the economy as growth slows following a sales tax hike.

Japan’s Nikkei 225 index NIK, -0.74%   declined 0.8% after customs data showed the country’s exports falling 9.2% in October from a year earlier, with sharp declines in shipments to China, South Korea and the U.S.

The tariff war between China and the U.S. has stretched for over a year, hammering manufacturers and farmers on both sides and sapping demand for exporters in other Asian countries.

Japan’s exports to the U.S. dipped 11% in October, including autos and auto parts, marking the third straight month of declines. And imports from the U.S. fell 17%, the Finance Ministry said Wednesday.

Exports were also hit by trade tensions with South Korea, with relations between the two U.S. allies at their worst in decades over longstanding historic antagonisms and Japanese allegations that Seoul is not providing adequate protections for sensitive technologies. That prompted Tokyo to impose controls on exports of certain materials used to make computer chips, a critically important industry for South Korea.

The Senate on Tuesday easily approved the Hong Kong Human Rights and Democracy Act was passed by voice vote. It now goes to the House, which has already passed similar legislation.

That decision could foil efforts by President Donald Trump’s administration to forge a trade deal with Beijing, analysts say.

“Now that the ‘HK bill’ has passed by an overwhelming majority in the Senate, it will be difficult for the White House to hold out against this bipartisan pressure, which could to put another snag in the trade talk lines,” Stephen Innes of AxiTrader said in a commentary.

In Hong Kong, a small band of anti-government protesters, their numbers diminished by surrenders and failed escape attempts, were still holed up at a Hong Kong university early Wednesday as they braced for the endgame in a police siege of the campus.

Police were waiting the demonstrators out after 10 days of some of the most intense protests the city has seen in more than five months of often-violent unrest. Since the siege began Sunday, more than 1,000 people were arrested and hundreds of injured treated at hospitals, authorities said.

Australia’s S&P ASX 200 XJO, -1.28%   fell 1.2% as energy and financial companies declined. Banks were hit by allegations by regulators that Westpac WBC, -2.82%  , a bank, is suspected of violating anti-money laundering laws.

On Wall Street, shares were mostly lower Tuesday, as losses in energy companies and department store operators edged out gains elsewhere in the market.

A solid showing for technology sector stocks helped lift the Nasdaq composite to another all-time high, while the S&P 500 index finished less than 2 points below the record close it reached on Monday.