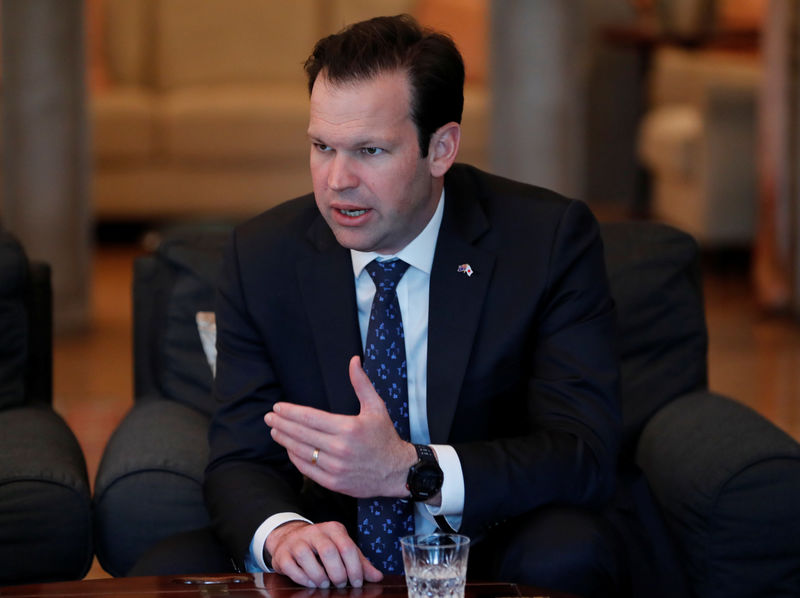 (Reuters) – Australia and the United States will support projects to develop critical minerals and rare earths, an Australian government minister said on Wednesday, signaling deeper cooperation in a market dominated by Chinese supplies.

Australian Minister for Resources and Northern Australia Matt Canavan and U.S. Commerce Secretary Wilbur Ross laid the groundwork for collaboration in financing such projects in talks in Washington, Canavan’s office said in a statement.

“This work will offer opportunities for new projects to get off the ground,” Canavan said.

“The growing global demand for critical minerals will provide scope for Australian miners to enter stable and secure supply chains to meet growing demand in key economies such as the US.”

China is the world’s largest producer of rare earth minerals, which are used in electric vehicles, smart phones, renewable energy and defense applications, and there is concern it could use its supplies as a bargaining chip in its trade war with the United States.

Canavan’s office did not mention China in the statement.

Australia is host to the largest rare earths producer outside China, Lynas Corp (AX:). The company signed a preliminary deal in May to build a heavy rare earths processing plant in Texas.

Australian and U.S. mineral agencies signed a deal on Tuesday to jointly develop a better understanding of their critical minerals reserves.