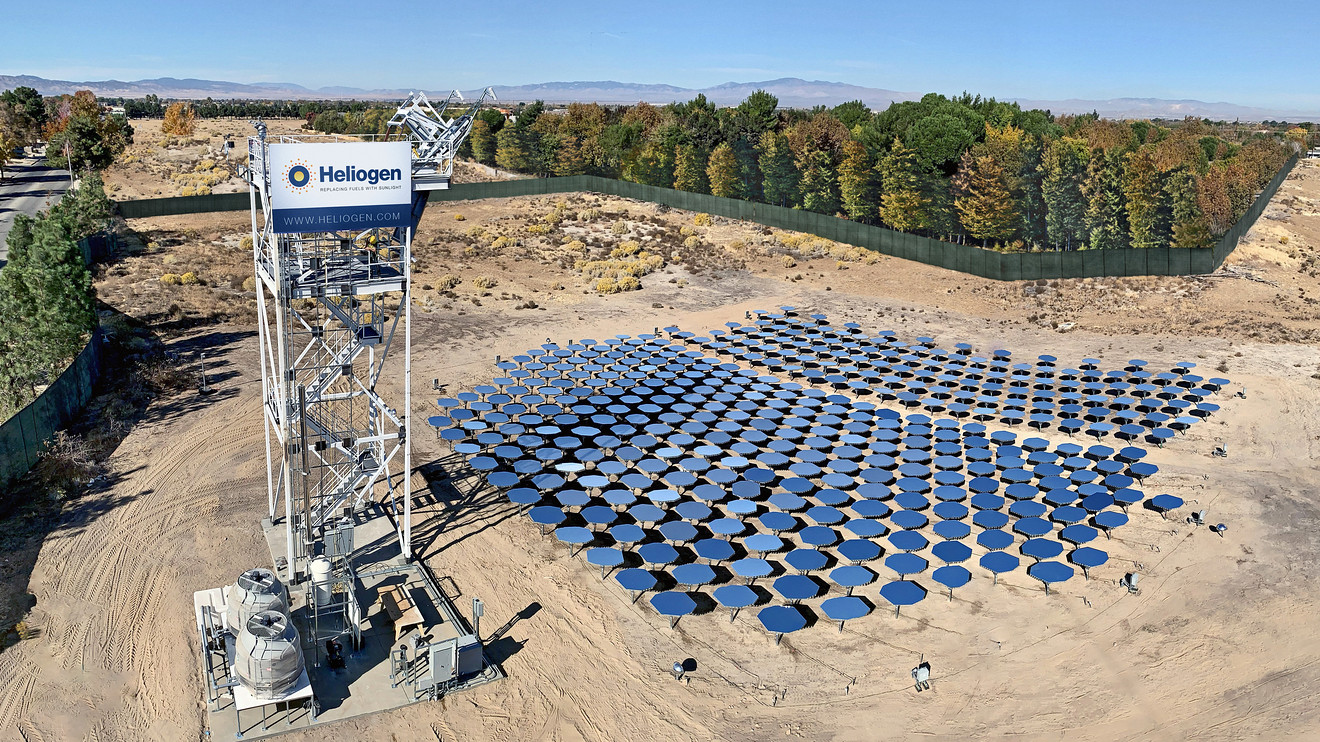 Heliogen, a clean energy company supported by Bill Gates and Patrick Soon-Shiong, this week claimed it has achieved a breakthrough in concentrated solar energy that could replace the fossil fuels used in heavy-emissions processes such as making cement, steel, glass and petrochemicals.

Heliogen’s solar technology can now exceed temperatures greater than 1,000 degrees Celsius, and be sold commercially, the company says. One analysis called the development the first solar high-heat “oven” for these key industrial purposes.

Vox termed the announcement by a California-based Heliogen that’s been operating largely in secret before Tuesday’s rollout a “genuine innovation.” Vox describes how the technology, based on concentrating solar power, or CSP, works.

The zero-carbon swap to solar could dramatically reduce greenhouse gas emissions in these industries as electricity, transportation and buildings are three of the biggest emitters, EPA data shows. Cement alone accounts for 7% of global CO2 emissions, according to the International Energy Agency.

The technology, which directs mirrors to reflect the sun to a single point, is not new, but achieving such temperatures consistently, boosted by artificial intelligence in directing the mirrors, marks the major achievement. Previous commercial-sized concentrating solar thermal systems have been designed to reach temperatures of up to only 565 degrees Celsius, which is useful for power generation but insufficient for many industrial processes. Their required higher temperatures have traditionally been reached only through burning fossil fuels, including oil and natural gas. Oman even uses such solar technology, at the previously achieved temperatures, to power its oil drilling.

“We’ve made great strides in deploying clean energy in our electricity system. But electricity accounts for less than a quarter of global energy demand. Heliogen represents a technological leap forward in addressing the other 75% of energy demand: the use of fossil fuels for industrial processes and transportation,” said Bill Gross, Heliogen CEO, in a release. “With low-cost, ultra-high temperature process heat, we have an opportunity to make meaningful contributions to solving the climate crisis.”

For its part, the fossil-fuel industry has promoted diversifying power generation but has said that including fossil fuels in the mix will be key. Historically low natural gas prices in particular have been a factor in its growing demand.

One noteworthy alt-energy backer is Microsoft MSFT, -0.33%   founder Gates. As part of the Heliogen announcement, Gates said “if we’re going to get to zero-carbon emissions overall, we have a lot of inventing to do.”

Heliogen’s technology roadmap calls for temperatures up to 1,500 degrees Celsius. At that temperature, Heliogen can perform CO2-splitting and water-splitting to make 100 percent fossil-free fuels such as hydrogen or syngas, which could power trucks and planes, the company said in a release.

Defense, intelligence and infrastructure firm Parsons Corp. PSN, +0.08%  is a strategic partner of Heliogen, which was created at Idealab, as it looks to scale the technology. Billionaire Los Angeles Times owner Soon-Shiong is also a backer. He told CNN that after the large-scale application, Heliogen would likely be ready to go public. Meanwhile, it’s working with investors on another private round of funding.