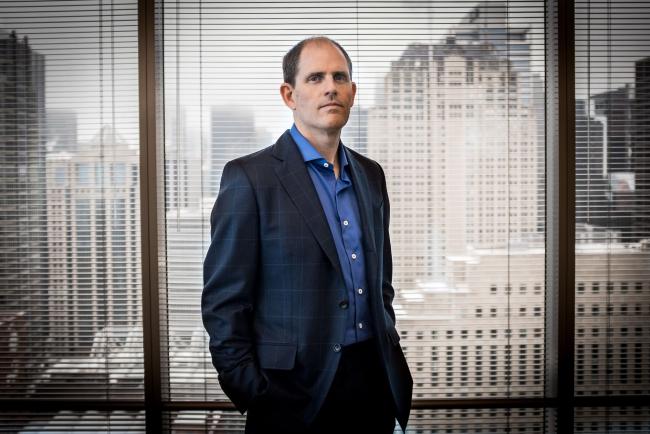 (Bloomberg) — Chicago trading legend Don Wilson suspects the scandal-tainted Libor interest-rate benchmark is going to stick around past its 2021 expiration date, defying the expectations of the Federal Reserve and other regulators.

In two years, banks will no longer be required to supply data used to calculate the London Interbank Offered Rate. But that doesn’t mean they’ll stop, Wilson, the chief executive officer and founder of futures-and-options giant DRW Holdings LLC, said in an interview Monday at his office.

Assuming Wilson’s right and banks do keep feeding Libor, that means there’s a future, too, for eurodollars. Those contracts at CME Group Inc (NASDAQ:).’s exchange are futures on three-month U.S. dollar Libor, and they can’t exist in their current form without it. They’re also the most-traded rates contracts in the world and a staple of Wilson’s firm from the start, making this more than just an ivory-tower discussion about rates benchmarks.

Traders are gradually embracing products based on the Federal Reserve Bank of New York’s Libor replacement, the Secured Overnight Financing Rate. But while SOFR has its place, Libor administrator Intercontinental Exchange Inc. has addressed the benchmark’s problems, and doing away with it would be a mistake, Wilson said. His view is informed in part by SOFR’s volatility during September’s upheaval in U.S. funding markets.

“SOFR is a useful risk-management tool, but SOFR is not a good replacement for Libor,” Wilson said. “Why do we want to start this kind of forced march towards the death of Libor when there are clearly some problems?”

He’s not the only one who thinks Libor will live on. “Whether Libor is going to be dead or not in a couple of years is yet to be seen,” CME CEO Terry Duffy said in an October interview. Accenture (NYSE:) Plc released a survey in September revealing almost a quarter of global financial firms and corporate users expect Libor’s phase-out to be delayed.

Few voices are more prominent than Wilson’s on the subject of rates derivatives and their benchmarks. DRW is one of the biggest high-frequency traders in the world, and it’s a large player in eurodollar contracts, a primary way investors around the globe bet on or hedge against moves in interest rates.

The 51-year-old’s roots with those products are deep. He started working in the Chicago Mercantile Exchange’s eurodollar trading pits in 1989. From there, he grew DRW into a company with more than 1,000 employees that’s not only a huge market-maker in futures, options and other conventional financial products, but also a major presence in cryptocurrencies as well as a real-estate and venture-capital investor.

SOFR, “a wonderful tool if you’re hedging repo exposure,” can’t easily fill Libor’s shoes, Wilson said. As a secured rate — because the loans it references are collateralized — it lacks the credit component of Libor, which involves unsecured transactions. There’s no term structure for SOFR, or maturities beyond overnight. And it’s “affected by exogenous factors in a big way,” Wilson said. That vulnerability was exposed by the mid-September chaos in the U.S. market for repurchase agreements.

“We saw in September the repo market basically break, resulting in SOFR trading at a 300-basis-point premium for one night,” Wilson said. Borrowers who saw their interest expense spike because of such a jump would have good reason to be annoyed, he argued. “I just don’t think that that’s a great characteristic for our new benchmark rate to have.”

U.S. regulators are clear on where they stand. They want Libor — which banks were caught manipulating — gone and for SOFR to take its place. New York Fed President John Williams (NYSE:) is fond of counting down to the end of Libor. Speaking on Tuesday, he said the clock stood at roughly 775 days and “only goes one direction.”

Officials globally are working on similar transitions, and while details are still being worked out, “the one thing we do know is there’s some point in the future when Libor — which doesn’t meet standards of a strong, robust reference rate — won’t be around any more,” Williams said.

CME last week proposed plans for what it will do in the event that Libor becomes unavailable to settle eurodollar futures. Basically, it will convert them into SOFR futures, which began trading in May 2018.

“If I were running CME, I don’t think I would do anything different,” Wilson said. Volume and open interest for these SOFR products have mounted quickly, but remain dwarfed by eurodollar futures.

Williams dismissed criticism of SOFR in his appearance Tuesday. He said that while any transactions-based rate is vulnerable to spikes, SOFR on a three-month average basis “hasn’t been volatile at all.” The New York Fed’s plan to produce SOFR averages and an index by mid-2020 should address concerns, he said.

There’s a sense in which killing Libor now seems like a waste, Wilson said. ICE (NYSE:) Benchmark Administration, which took over running the rate in 2014, “has put additional things in place to make the Libor reporting more robust,” he said. “Is the benefit of killing Libor — i.e. moving away from something that is a little bit less tangible to something else — really worth the risk?”