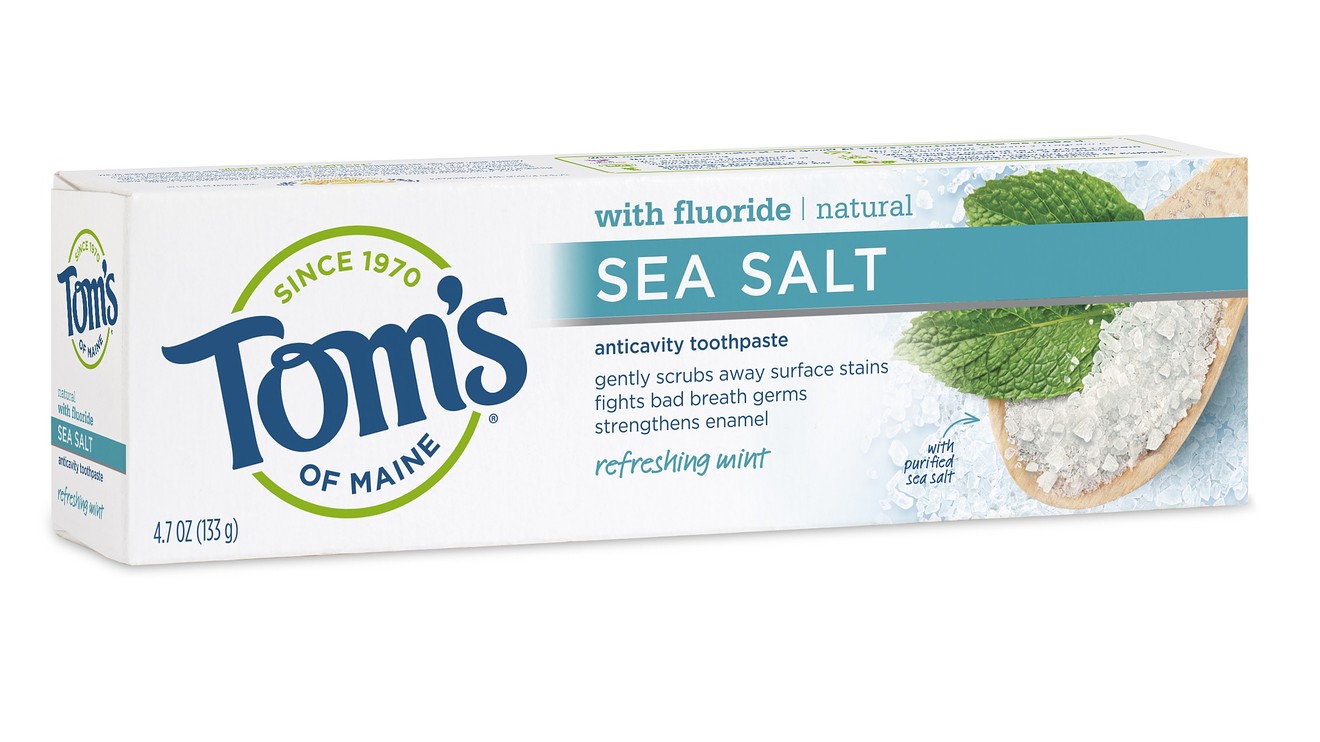 Colgate-Palmolive Co. will share the intellectual property of its new fully-recyclable toothpaste tube with competitors, a move that comes as the home-goods industry faces mounting pressure from eco-conscious shoppers.

The tube, which was made public in June and is set to go into stores in the U.S. in packaging for Colgate’s CL, +0.07%   Tom’s of Maine toothpaste before being rolled out in other brands across the U.S. and Europe, took five years to develop. Colgate is now adapting its factories to manufacture the tube so as to meet its goal of selling only recyclable, reusable or compostable packaging by 2025.

“We are encouraging the industry and retailers to move forward on this as quickly as possible. If you stop to think about it, it makes no sense if we have the only recyclable tube out there,” said Ann Tracy, vice president of safety, sustainability and supply chain strategy at Colgate, in an interview.

The tube, recognized by the Association of Plastic Recyclers, is made of high-density polyethylene, or HDPE, which is a recyclable plastic that Colgate’s engineers were able to make less rigid. Most toothpaste tubes are unrecyclable because they are made from sheets of plastic laminate and a layer of aluminum pressed together in a film.

Competitor Procter & Gamble Co. PG, -0.18%  , the maker of Crest and Oral-B toothpaste, welcomed Colgate’s decision to share its intellectual property, but didn’t say whether it would use the technology.

“By working together and creating a steady supply of high quality recycled material, we can unlock its value and create more of a ‘demand-pull,’” said Brent Heist, an engineer who has been with P&G for 26 years, in a statement.

Read: Coffee drinkers have to stop double cupping their Dunkin’ — yes, even in New England

As many as 20 billion toothpaste tubes are made every year, according to Colgate, and as the world’s top toothpaste maker by market share, the company is a major contributor to what ends up in the landfill. Colgate reported in June to the Ellen MacArthur Foundation that it had a plastic packaging volume of 287,008 metric tons last year. Plastic can take up to a millennia to decompose.

Concerns remain that recycling can tackle plastic pollution due to a lack of infrastructure as environmentalists push for companies to stop using plastic altogether. The U.S. Environmental Protection Agency estimated in 2017 that only 8.4% of plastic waste was recycled.

Colgate is working with industry players to build up recycling infrastructure and expects more to be in place by the time the company reaches its 100% recyclable, reusable or compostable packaging goal by 2025, Tracy said.

“It’s not going to happen overnight,” she said.

On the other hand, some newer toothpaste designers have avoided plastic. Bite, a toothpaste maker that is sold online, markets its products as plastic-free since it is contained in more easily recycled glass jars with an aluminum cap.

Tracy said Colgate is exploring alternative materials, such as plastic made from biomaterials and fiber, but cautioned that glass can cause more greenhouse gas emissions than plastic when transported on a truck since it is heavier.

“You need to think of the whole picture,” she said.

Don’t miss: Fast shipping isn’t great for the environment— 7 ways to cut the carbon footprint on your Amazon deliveries

Still, many environmentalists remain unconvinced of the promise of recyclable plastic and advocate for companies to ditch throwaway packaging entirely.

“Until Colgate and other corporations move toward systems of reuse and package-free options, we will continue to see their packaging polluting our oceans, waterways and communities,” said Kate Melges, oceans campaigner at Greenpeace USA, in a statement.

This year, the Break Free From Plastic coalition, which Greenpeace is part of, named Colgate among the top 10 plastic polluters in the world for the second year in a row, following its review of litter that volunteers collected.

Tracy acknowledged the plastic pollution that Colgate contributes to, but said the company’s latest actions show its pledge to solve the issue.

“We know that this is part of the ecosystem to get pushed in that direction, but we don’t need them to push us. We are taking our own steps,” she said.