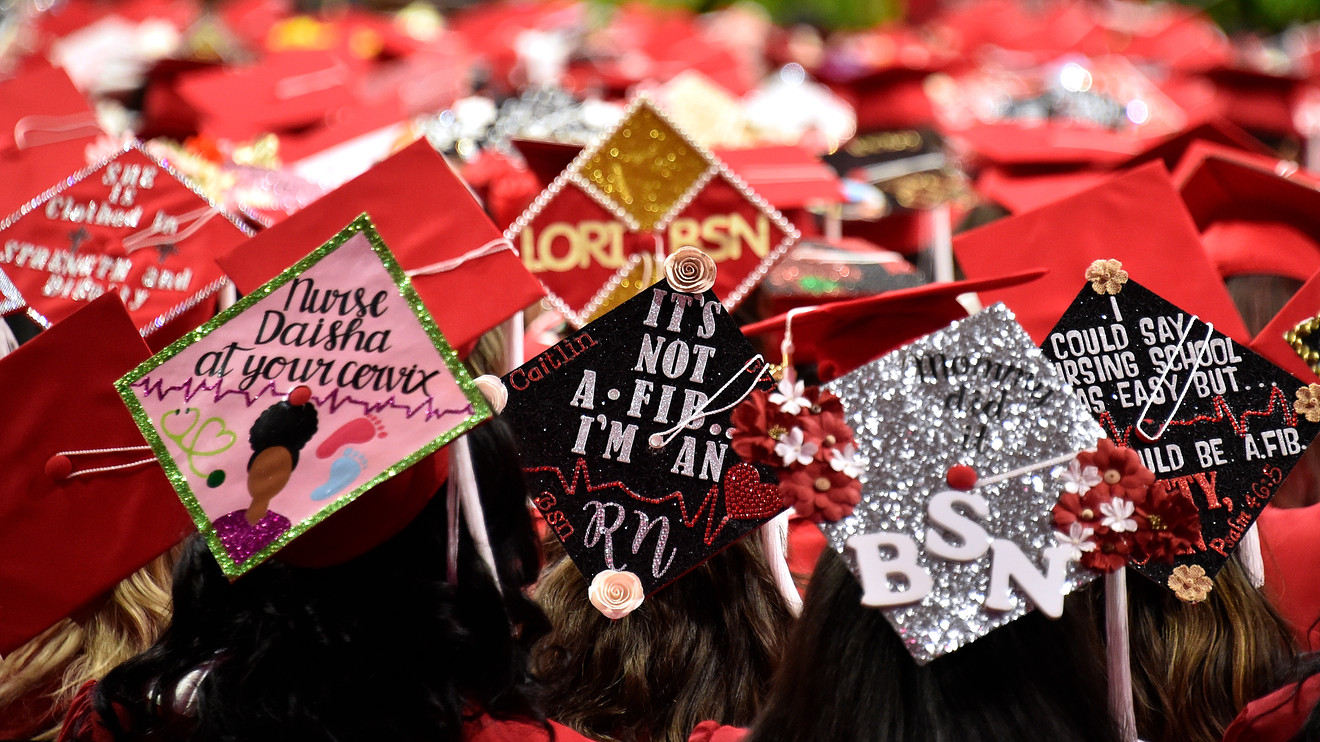 Students and their families can now see the median earnings and student loan debts of a school’s graduates, getting as specific as seeing what an English major should expect to make versus what a engineering major could plan to earn.

After earlier expansions of the College Scorecard in May, Education Secretary Betsy DeVos said the latest upgrade “provides real information students need to make informed, personalized decisions about their education. The Scorecard also ensures students can make apples-to-apples comparisons by providing the same data about all of the programs a student might be considering without regard to the type of school.”

Past versions of the scorecard offered school-level information on debt and earnings. That measure, according to Wednesday’s announcement, “was a fairly meaningless metric given the diversity of programs and outcomes at any given single school.”

So students and their families are going to have a lot more information at their fingertips. But experts have wondered if that knowledge is going to give students the power to avoid the worst outcomes in higher education, or even a pretty average one. Those challenges include juggling debt payments with rent, food, other costs on a salary that has not kept up with inflation.

The updated College Scorecard can show median earnings and debt, based on a school’s major.

The expansion of the Scorecard was previously pitched in part as a substitute for regulation. In proposing to re-write the gainful employment regulations, Secretary of Education Betsy DeVos said her agency planned to provide students with “transparent and meaningful information about all colleges and programs.”

“More data is always good,” said Ben Miller in May. Miller is the vice president for post-secondary education at the Center for American Progress, a left-leaning think tank. However, he added, “Transparency alone still has fairly significant limitations that are not a replacement for true accountability.”

‘Transparency alone still has fairly significant limitations that are not a replacement for true accountability.’

Nonetheless, the additional information will be useful to some students and families, in particular those who are relatively savvy and are fortunate to have multiple options to choose from. “It may really help graduate and professional students because they tend to be more sophisticated consumers of data,” said Robert Kelchen, a professor of higher education and Seton Hall University, said in May.

For example, prospective graduate students researching their programs may find — as Miller did in a quick analysis of the data — that the most expensive schools aren’t necessarily the best.

The Scorecard may also imply that “personal responsibility” is to blame for the nation’s college-affordability and student-debt problem, Caitlin Zaloom, an associate professor of social and cultural analysis at New York University, said in May. Zaloom is the author of the book, “Indebted: How Families Make College Work at Any Cost.”

Zaloom suggests a better way forward: Recognizing that systemic issues created by the government, financial industry, colleges have put families in the untenable position of stretching themselves financially to help their children fulfill their potential.

“I don’t think that telling families that their children will make twice as much as systems engineers as they would as environmental studies majors is, first, going to surprise anyone and, second, is going to change the way that they consider higher education,” said Zaloom, who interviewed more than 160 families about how they pay for college as part of her research.

The Scorecard may also imply that ‘personal responsibility’ is to blame for the nation’s college-affordability and student-debt problem.

Government policies that emphasize resources like the Scorecard are, Zaloom said, “designed to tell families that they can solve the problem of income inequality and student debt on their own.”

There’s also evidence to indicate that the resource will likely be more useful to families who already have resources. A study from researchers at Georgia State University and the College Board, published in 2016 found that families did respond to the initial release of the College Scorecard in 2015 and students from private schools and wealthier public schools were more likely to do so.

There was an uptick in families sending SAT scores to schools with higher earnings, which is essentially a proxy for applications, said Jonathan Smith, an economics professor at Georgia State and one of the authors of the study. “Students from advantaged backgrounds were the ones that tended to the most responsive.”

These students may be more likely to have access to the information, thanks to better-resourced counseling departments, and also have the freedom to choose between different schools and different majors.

Students from less-advantaged backgrounds are often constrained in their college and major choice, Faith Sandler, the executive director of the Scholarship Foundation of St. Louis, said in May. Her organization works with low-income students applying to and attending college.

They are typically restricted by region, cost and the amount of support — financial or otherwise — they receive from a school and more. She views the Scorecard as a “buyer beware” tool rather than a resource that will actually make a dent in the student debt and college affordability problem.

Unless higher education leaders use the information provided in the Scorecard to make improvements — by offering more support to low-income students in a debt-intrusive field, for example — Sandler says she worries that the tool will scare students away from certain careers.

Sandler would prefer a college system “that does not continue to favor people who have the financial privilege throughout the educational process.”