Home
Stocks
Gifts That Pay Off: How to give the gift of a college education — and make your child realize it’s priceless
Prev Article Next Article 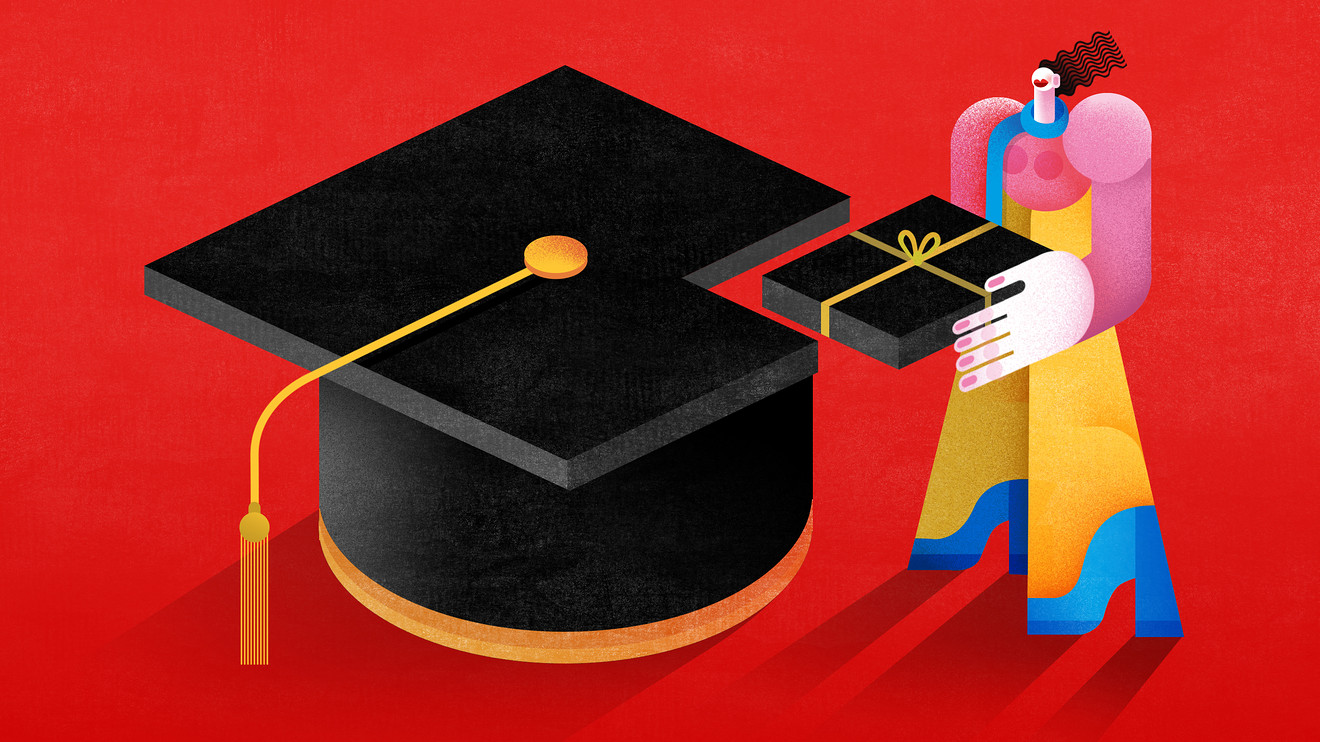 But one gift to his 13-year-old, Jaiden, will require a special touch.

While other relatives give Jaiden gift cards, Lopez’s parents and in-laws plan to give at least $300 to the teenager’s 529 college savings account.

The money will go into the account Lopez created a week after Jaiden’s birth. Lopez started it with a $100 investment and the fund now has approximately $13,000, built on Lopez’s $100 initial investment and $25 monthly contributions.

His grandparents have put money into Jaiden’s 529 before as a gift, but Lopez said he’ll still have to quietly pull aside his son and emphasize why a tax-advantaged college savings plan is a great gift, even if it’s not an exciting one.

Jaiden dreams of attending Duke University, but the prestigious Durham, N.C. school currently costs over $78,600 a year for tuition, room and board. That sum will likely exceed what’s in Jaiden’s account, but the 529 money will help, and he could possibly receive financial aid as well.

Lopez, a 39-year-old owner of his own marketing business in Staten Island, N.Y., says he’ll emphasize how expensive college can be and how important it is to avoid, or at least minimize, student loan debt.

“He won’t appreciate it as much as we would like, but he will understand” why it’s necessary to save for the future costs, said Lopez.

Lopez has another reason for setting up 529 accounts for Jaiden and his other two sons. Around 20 years ago, Lopez said he was offered a place at Columbia University and New York University, among others, but he couldn’t go because his parents didn’t have the money to pay for it.

Columbia didn’t extend a scholarship and NYU offered some aid but not enough to cover the full cost, Lopez said. He opted for Lehman College, part of the City University of New York, where he got a full ride.

Families can withdraw money from a 529 account without paying federal and state income taxes on it in most states, as long as the funds go toward qualified higher education expenses like tuition, books and laptops. A student with a scholarship can still use the money for other costs like room and board. If the intended beneficiary doesn’t go to college, the money can be rolled over to another person in their family.

If the money ultimately can’t be put towards college costs, the account holder can take out the assets for a “non-qualified” use. There’s a 10% federal tax penalty on the earnings, other state and federal taxes and the possibility of extra fees.

Americans owe $1.5 trillion in student loan debt, according to the Federal Reserve Bank of New York. College costs are climbing too. In-state tuition and fees at a public university is now an average $21,370, according to the College Board. The price has increased on average 3% beyond inflation each year between the 2008-09 and 2018-19 school years, the organization says.

In many states, individuals can contribute up to $15,000 a year into a 529 account. The total amount you can put into a plan varies by state, and ranges from $235,000 to over $500,000. Check each state’s plan before opening an account, and see if your state offers a tax break on some of your investment.

Families had a record $352.4 billion dollars in 529 accounts as of June, up 7% on the year, the organization said. And the average 529 account balance was $25,128 in June, according to the College Savings Plans Network, an umbrella group for the 529 plans across the country. But just 29% of parents saving for college use 529 accounts, according to a 2018 survey carried out by Sallie Mae (SLM).

Like 401(k) accounts, 529 accounts are defined-contribution plans tied to market performance. How the money is invested depends on the risk tolerance and the number of years before college starts. Many plans offer age-based investment options that grow increasingly conservative as the beneficiary nears college. Risk-based investments, regardless of the beneficiary’s age, are another option.

Anyone considering opening a 529 account should first look at the plans offered by their state, said Jim DiUlio, chairman of the College Savings Plans Network. Around three-fourths of the states offer some type of income tax deduction or tax credit for in-state plan participants, he noted.

Ten states have a matching grant program and a handful of states — including Arkansas, Colorado and Illinois — give tax breaks to employers who contribute to the 529 accounts that workers set up for their kids, he said.

The College Savings Plans Network has links to various 529 plans across the states.

Recent tax code reforms also allow families to use 529 accounts to save up to $10,000 annually for kindergarten through 12th grade. Families can access the money without incurring any federal income taxes, but some states may still tax the K-12 use, DiUlio noted.

Beyond all the incentives, the account’s most powerful allure is its gift of compound interest. For example, if a family starts with a $100 investment and contributes $100 every month for 18 years, the end sum would be a $34,000 return on a $21,700 investment — using a 5% performance rate.

How to ask people for 529 contributions

Before asking relatives to contribute to a 529 plan as a gift, parents should carefully consider family dynamics and relationships, says Diane Gottsman, author of “Modern Etiquette for a Better Life.”

There are some clear rules in that complicated terrain. Parents should never ask for a specific amount nor should they put the request in a mass newsletter, Gottsman said. “You pass that along [by] word of mouth.”

Gottsman, based in San Antonio, suggests saying something like, “Anything you give Johnny will be wonderful. We are diligently working towards Johnny’s education and have started a fund for his college. We are letting our close family members know in the event they may want to contribute.”

Another strategy could involve skipping a generation. Parents can tell their own parents that instead of buying them a present for a holiday they can contribute that money into a 529 account for their grandchildren.

Lopez hopes his son will attend the school of his choice without having to worry too much about money.

“I don’t want him to be focusing on paying his loans and working a 9 to 5 he hates just to repay his loans,” said Lopez. “I want him to live his life.”

Best New Ideas in Money: Gifts That Pay Off
Prev Article Next Article