Home
Stocks
Gifts That Pay Off: Want to help someone retire well? Do this for them
Prev Article Next Article 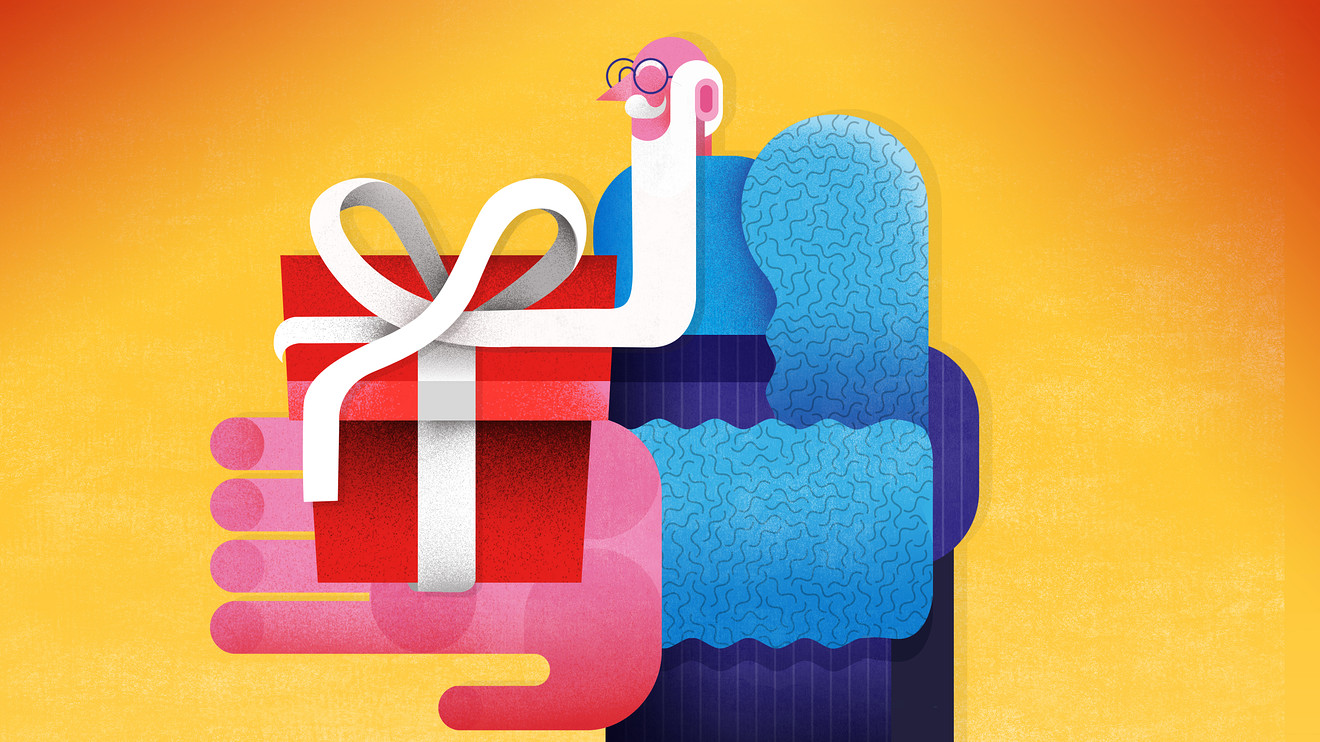 Michael Snizek has been working for 41 years, and he’s looking for a way to transition into the next chapter of his life: retirement.

The 63-year-old from New Jersey has to answer a lot of questions first, though. Such as, will he want to find another job, or try volunteering? Should he continue to live in the same community? After reading “Designing Your Life,” a self-help book by Bill Burnett and Dave Evans, he came across certified life coaches, some of whom specialize in retirement, and now has a professional to help him figure out the answers to his questions.

His retirement coach, Joe Casey, who also hosts the podcast “The Retirement Conversation,” has already helped him profoundly, Snizek said. Casey has worked with Snizek to evaluate which avenues may offer the greatest quality of life, and create a framework for the future. In those scenarios, his retirement coach presents options he might not have considered, he said, and also listens to ideas he has about the next few decades. “I was able to use him as an effective sounding board,” Snizek said.

A person’s retirement can’t be wrapped under a Christmas tree, but learning how to have a good one might be one of the greatest gifts you can give.

Thousands of Americans retire every day, though they may not all have plans for what they intend to do in this next chapter of their lives. The concept of retirement is rapidly changing in the U.S. Until relatively recently, most Americans generally worked until 65 and then moved to a warmer location for the rest of their days.

Today, some Americans are opting for longer retirements, which may include finding part-time work in a field they’ve always admired, or volunteering for a charity they care deeply about. Not everyone needs to have a clear vision of this next part of their lives, but having no idea of what to do — and sitting idly by as the years go on — could be dangerous. People suffer cognitive decline and physical impairments if they aren’t active in their older ages.

Unlike financial planners or advisers, retirement coaches focus on the non-financial aspects of retirement — things like following your dreams, building relationships beyond the workplace and learning new skills.

“I would encourage a person to go through the lifestyle aspects of retirement suitability before trying to calculate financials as the money we spend is a consequence of how we choose to spend our time.”

The field is still relatively new, though there are thousands of certified retirement coaches across the country, said Joanne Waldman, director of training at Retirement Options, a Columbus, Ohio-based retirement-coach-certification provider. Consultants become certified after completing a 10-session or self-study course, reading and listening to relevant books and podcasts and taking an exam. There are a few organizations that offer a certification in retirement coaching, but they all focus on similar areas, including mental, physical and spiritual well-being, and include dozens of hours of course content and practice coaching. The Certified Professional Retirement Coach program, which is another group that offers a designation, costs $1,800.

Advisers, as well as accountants and lawyers, are among those who train to be retirement coaches, said Mitch Anthony, a consultant who also hosts his own certified training program for advisers. “I would encourage a person to go through the lifestyle aspects of retirement suitability before trying to calculate financials as the money we spend is a consequence of how we choose to spend our time,” he said.

Clients may work with a retirement coach or a financial adviser, or both to get a holistic perspective on their finances, their goals and how to mesh the two to create a lifestyle they’ve always wanted. Retirement coaches are for anyone who wants to prepare for this next stage, whether they’re in their 50s with less than a decade to go until retirement, or people in their 40s who want to ensure they’re ready to accomplish their dreams after they leave the workforce. Retirees well into their retirement may also benefit from a retirement coach if they feel they’ve gotten stuck.

Coach-client relationship costs vary. Retirement coach programs might be a package of a few sessions and cost hundreds, sometimes thousands, of dollars. Coaches may also charge by the hour, which could be $100 or more per hour, depending on location, specialization and the coach’s experience. Waldman said clients may require regular sessions spread out over months or years, while others might need more frequent visits for a shorter amount of time if they are near retirement and haven’t done a lot of planning.

Retirement coaches aren’t for everyone, and gifters may want to talk through the idea with their loved ones first, Waldman said. The sessions don’t come cheap, so the client needs to be just as engaged as the coach. A lack of interest won’t garner meaningful results either.

Casey, who works with Snizek and others looking to create a worthwhile retirement, said he’s had clients who were gifted his sessions. In two cases, they were unexpected gifts, and in another scenario, the gifter told the recipient ahead of time. All three situations ended well, but he suggests giving recipients a heads up so that they can go into the session with an idea of what they want to discuss. Those meetings may not be what the gifter expected either, he said. Even if someone is reluctant to talk to a retirement coach at first, after conducting an assessment and discussing possible options, recipients may decide they do need help — perhaps in holding on to a job, or changing careers before officially retiring.

It’s also important for people who receive a gift of sessions with a retirement coach to understand how important financial advice is. Financial advisers, and notably financial planners, will walk clients through the monetary requirements needed to achieve their goals, as well as the savings they’ll need to pay for expenses like housing and groceries. There are also professionals who can help people decipher obstacles that could be keeping them from saving or spending the way they want or need, such as financial therapists.

Millions of Americans face financial obstacles keeping them from saving or investing enough for their futures. They may also be distracted by rising housing costs, child care and student debt, which now totals $1.5 trillion. Only 14% of U.S. companies offer employees access to a 401(k), a retirement savings plan sponsored by an employer, or similar plan at their job to begin the savings journey — but that doesn’t mean workers are using them. Even when those plans are available, some employees don’t, or can’t afford to, contribute to them. Others may have enough money to retire, but are reluctant due to a fear of the unknown or because their lives and identities are tied up with their work.

Some experts think focusing only on retirement is a waste of the years leading up to it. People should be planning their entire lives, and how they can make their dreams come true, well before retirement, said George Kinder, an author and founder of The Kinder Institute of Life Planning. “They should be doing this work 20 to 30 years before, and the work is not about retirement,” he said. “If their dream is writing the next great American novel, and that feels urgent to them, putting it off for 30 years is going to be hard to maintain.”

Still, if a loved one is nearing retirement and needs a game plan for their futures, having someone to guide them could result in decades of fruitful labor. Snizek, who still works with Casey, said having a retirement coach has been an eye-opener.

“They won’t give you all the answers, but they’re good at asking the questions you avoided asking yourself,” he said.

Best New Ideas in Money: Gifts That Pay Off
Prev Article Next Article