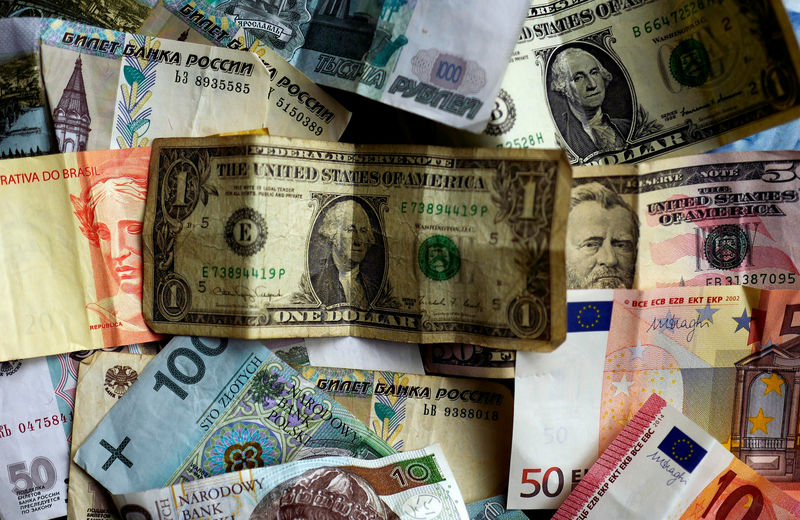 (Reuters) – Many investors are shunning the riskiest corners of the junk-rated U.S. corporate loan market because of concerns about possible credit rating downgrades, putting the brakes on a run of leveraged buyouts and debt-funded dividends.

The push back against the riskiest corporate debt shows how the Federal Reserve has failed to alleviate fears about a recession next year that would trigger a cash crunch for heavily indebted companies, corporate financiers and analysts said.

Rock-bottom interest rates have fueled a boom in junk rated loans, with the U.S. market tripling in size to $1.3 trillion since 2010 as investors bet on riskier assets, allowing private equity firms to juice their returns and pursue even bigger acquisitions.

But some of these M&A deals look less feasible given the loan market’s unease.

Private equity investors use leveraged loans to fund purchases of companies with a lot of debt, resulting in credit ratings at the lower end of the spectrum.

But the more cautious mood in the market about where the U.S. economy is headed has made loan investors insist on stricter terms, including higher interest rates.

This could ultimately restrict access to capital for the most heavily leveraged companies, preventing them from refinancing their debt, capital markets experts said.

“It is not clear that there is a recession coming next year, but the loan market is positioning as if one is coming,” said Rizwan Akhter, a managing director at credit investment firm York Capital Management.

The ten months to October was the slowest such period for U.S. junk-rated loan issuance since 2015, with volumes down by almost a third year-on-year, according to finance industry data provider Dealogic.

The leveraged loan boom led to a slippage in underwriting standards so that deals in the past few years tended to have higher debt-to-earnings ratios and often featured “covenant-lite” terms, giving investors fewer protections in a default.

If economic conditions deteriorate, these loans would be more vulnerable to ratings downgrades which could create problems for loan managers.

“Loan investors remain concerned with potential downgrades and companies at risk of missing estimates, both of which could lead to higher defaults,” said Art de Pena, head of loan syndicate and distribution at Mitsubishi UFJ Financial Group (T:).

The dwindling investor appetite for the riskiest loans is making it more difficult for banks which mostly seek to sell on the loans once they are originated.

In the United States, Bank of America (N:), JPMorgan (N:) and Wells Fargo & Co (N:) were the three biggest issuers of leveraged loans in the first 10 months of 2019, according to Refinitiv data.

Leveraged loans, unlike bonds, have a floating interest rate, which is less attractive in a falling interest rate environment. Junk bonds, in contrast, have been immune from the loan market’s malaise because they are fixed-rate instruments.

Junk-rated bond issuance is up around 20% so far in 2019, driven by falling U.S. interest rates and the move out of loans. But for companies in search of cash, this has not been enough to offset the junk-rated loan slump.

In recent leveraged buyouts such as for art auction house Sotheby’s and welding and valves manufacturer Colfax Corp (N:), banks have had to adjust terms to attract buyers for the debt. This includes, for example, restricting a borrower’s ability to pay dividends or spin off a business.

“We would not even look at B3/B- new issue loans unless pricing is Libor +400 or more, whereas last year deals were routinely getting done at Libor +350 or +375,” said Akhter. Libor is a benchmark rate for trillions of dollars of debt.

In credit rating rankings, debt rated B3/B- is deemed speculative grade and is seen as more vulnerable to adverse conditions.

Investors are also becoming more skeptical about the anticipated improvements to a business’ cash flow, which in the recent past has allowed private equity owners to load up companies they buy with more debt.

Investors shunning the riskiest corporate loans are managers of collateralized loan obligations (CLOs). These are funds which buy the loans, package them and then sell different pieces to investors based on risk appetite.

The CLO managers are reluctant to buy loans rated B3/B- because these would be downgraded by credit rating agencies to “C” in a recession.

CLOs typically have a cap on how much C-rated debt they can hold equivalent to 7.5% of their total assets. If CLOs exceed this limit, they can be forced to take losses on their books, creating an incentive to sell under-performing loans.

The pressure is on, given that more than 18% of the CLO market’s exposure was in B-rated loans at the end of June 2019, more than double at the end of 2017, according to S&P Global.

A loan sell-off by CLOs could further restrict the provision of junk-rated loans by banks, which would face the prospect of more debt stuck on their books, credit investors said.