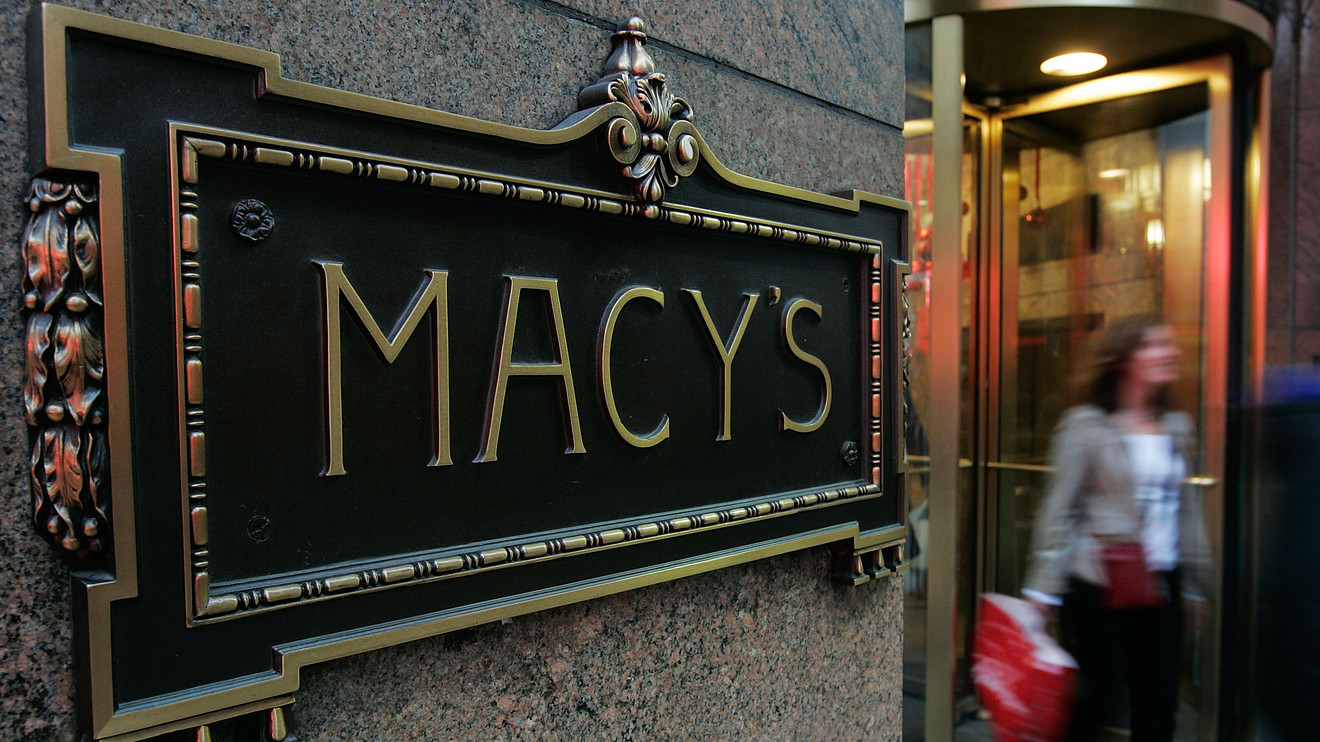 Macy’s Inc. shares sank 10.9% in Tuesday trading after reports that the department store retailer experienced a data breach in October.

According to a letter that went out to customers, Macy’s M, -10.90%   was alerted to a “suspicious connection” between its website and another site on Oct. 15. Macy’s thinks an unauthorized computer code was entered on Oct. 7 that could capture customer information. Information that was potentially accessed includes customer name, address, and payment card number.

Macy’s has been in contact with federal law enforcement.

In a statement sent to The Wall Street Journal, Macy’s says the incident affected a small number of customers.

Read: J.C. Penney has good ideas but doesn’t have the resources for a turnaround, analyst says

The incident unfolds as the most important time of year for retail swings into high gear: the holiday shopping season, which officially kicks off next week with the Thanksgiving holiday.

The shortened shopping season is one more challenge facing the department store category.

“Large contributors such as Drug Stores and Home Improvement have been hit by reimbursement pressures and softer housing markets while department stores, apparel and foot wear, specialty retailers, and auto retailers have underperformed in 2019,” wrote Moody’s in an Oct. 31 note.

“In addition to competitive and promotional challenges, companies are facing rising costs as the labor market continues to tighten. These costs are generating pressure on company margins that could weigh on overall profitability.”

And: With six fewer holiday season shopping days there’s no time for impulse purchases, which is bad for retail

Macy’s could also be feeling a drag from Kohl’s Corp. KSS, -19.49%, which cut its guidance during the premarket hours after reporting a third-quarter earnings and sales miss. Kohl’s shares are down 18.4% in Tuesday trading.

While Kohl’s is still pleased with its partnership with Amazon.com Inc. AMZN, +0.01%   and talked up the growth in most categories, one important category declined: women’s apparel was down 1%.

“We continue to be pleased with the strong performance we are seeing in our active and intimates business,” said Michelle Gass, Kohl’s chief executive on the earnings call, according to the FactSet transcript. “However, we are seeing mixed results in casual apparel. In the short term, we’ve made a number of moves to position the business for long-term health.”

Among those moves are discontinuing the Dana Buchman brand while adding Nine West and the Mary-Kate and Ashley Olsen brand Elizabeth & James.

GlobalData Retail Managing Director Neil Saunders, in a note about Kohl’s, highlights the pricing pressure that retailers feel in the clothing category. Clothing is core to Macy’s.

“[A]pparel was a very weak category with consumer demand down and retailers pushing up discounting to try and stimulate sales,” Saunders wrote. “Like others, Kohl’s felt the cold wind of this and struggled to generate growth. It also had to response to increased promotional activity in the market which helped to erode margins and profits.”

Macy’s is scheduled to report third-quarter earnings on Thursday before the opening bell.