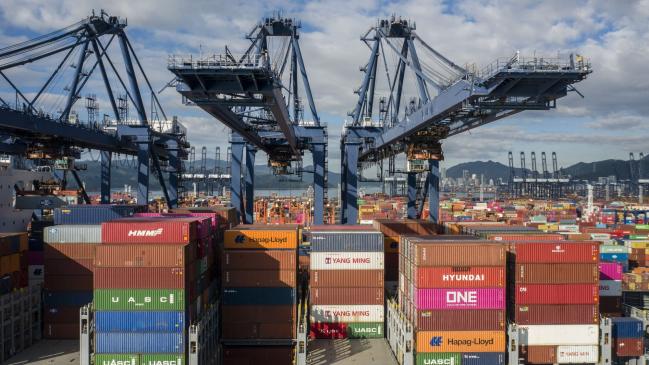 (Bloomberg) — Haven assets are rallying in Asia as U.S.-China trade tensions take a turn for the worse, ending weeks of optimism that a deal between the two countries was close enough to touch.

Developed-nation bonds in the region extended recent gains Wednesday, with yields on 10-year Treasuries sinking almost 20 basis points in the past two weeks. Australia’s have fallen even more. The dollar, a proxy to China’s economy due to the two nations’ close trade ties, has dropped versus all its Group-of-10 peers in November, while stocks have fallen from recent highs.

“Markets have been guilty for around 20 months of underestimating the risks of a trade deal being done at all,” said Stephen Miller, an adviser in Sydney at GSFM, a unit of Canada’s CI Financial Group. “Whether it’s Treasuries or stocks or currencies, investors are now repositioning their bets in case we see political dysfunctions persist and reach a tipping point that spills over to trade.”

The haven trade in the region gathered pace after the U.S. Senate on Tuesday unanimously passed a bill aimed at supporting Hong Kong protesters, spurring China to repeat a threat to retaliate. It would be difficult for the U.S. to sign a deal if the demonstrations in Hong Kong are met with violence, U.S. Vice President Mike Pence said earlier this week.

Investors have been here before. The U.S. and China were said to be close to sealing a deal about six months ago, only for the U.S. to claim the Asian nation backed away from verbal commitments when the time came to sign the agreement.

“The market reaction could be much more negative if a repeat of May happens,” said Eugene Leow, a fixed-income strategist in DBS Bank in Singapore. Tensions in Hong Kong are also adding “another element of risk at a time when China-U.S. trade talks enter the crucial last stage,” he said.

“The market mood is definitely shifting,” said Prashant Newnaha, senior strategist at TD Securities in Singapore. “There are a lot of questions on where this deal is sitting at the moment, and developments we’ve had in May are now putting some doubts on whether a deal can be signed at all.”