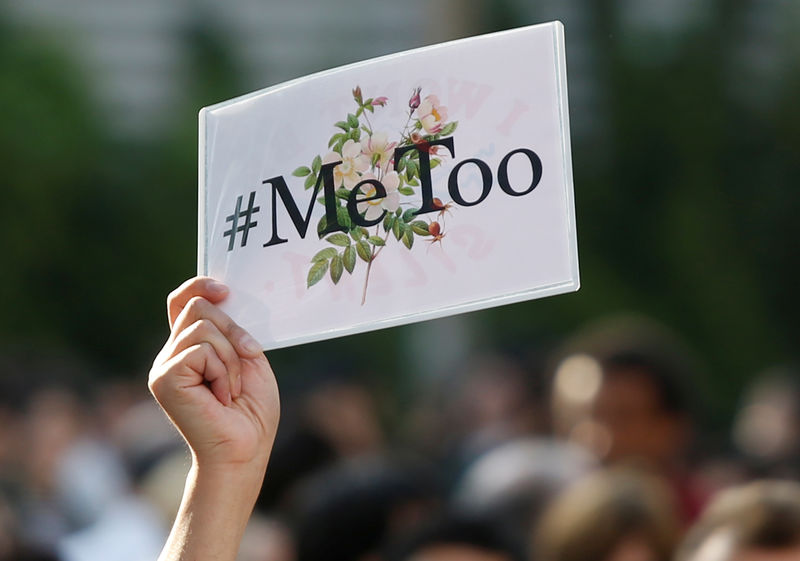 © Reuters. A protester raises a placard reading “#MeToo” during a rally against harassment in Tokyo

(Reuters) – The number of corporate leaders fired for #MeToo-related misconduct rose in 2018 while the number of companies led by females fell 20%, according to a report from U.S. think-tank the Conference Board.

Firings of S&P chief executive officers related to the social media movement accounted for five of 12 dismissals last year, according to the report, published on Wednesday. In contrast, just one CEO was dismissed for personal misconduct between 2013 and 2017, it said.

The percentage of departures which were non-voluntary rose 8 percentage points from 2017 to 30.5%, the report added.

It also showed the number of women CEOs falling to 22 from a record 27 in 2017. Last year, Kathy Warden of Northrop Grumman (N:) was the only woman appointed to a top job.

Scrutiny of executives and their treatment of employees has intensified in light of the #MeToo movement, which has spurred more scrutiny of top managers’ relationships with employees.

The Conference Board said that departing executives had also tended to serve longer in their roles before leaving. In 2018, outgoing CEOs had been in their roles for an average of 10 years, compared to a low of 7 years during the financial crisis.

“The rate of succession among older chief executives continues to climb, and there are still more CEOs aged 75 and over than there are CEOs under the age of 45,” said Matteo Tonello, the principal author of the report, who oversees the think tank’s environmental, social, and governance research.