Home
Stocks
There could be politics talk at your Thanksgiving table, but Uno won’t be the reason
Prev Article Next Article 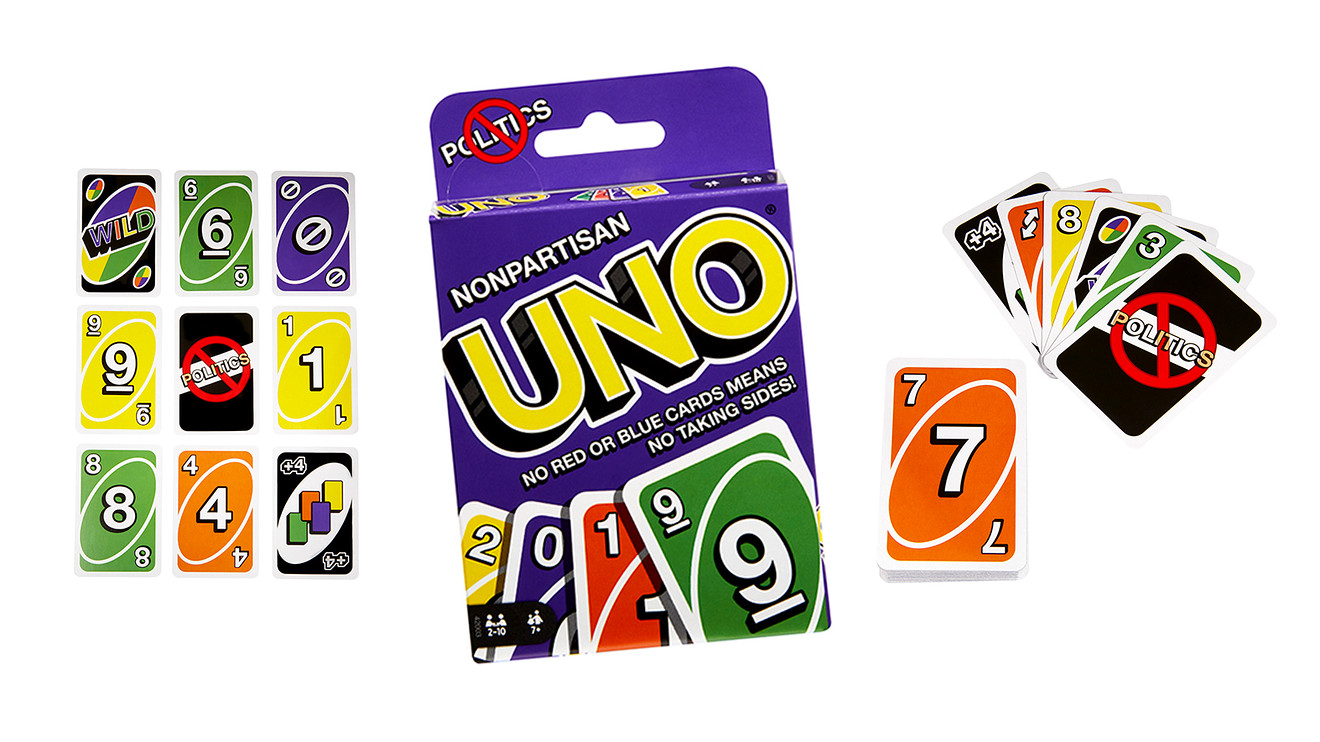 The maker of a popular family game is capitalizing on a polarized and politics-weary America.

Toy maker Mattel MAT, -1.88%   has introduced Uno Nonpartisan, a spin on the classic card game that scraps red and blue cards for orange and purple ones. “No red or blue cards means no taking sides!” proclaims the front of the box, referring to the traditional colors claimed by Republicans and Democrats respectively.

“Whether you lean a little left or a little right, one thing we can all agree on is how much we love UNO®!,” reads a description posted to Mattel’s website. “Without Red or Blue cards the focus can stay on the game. And remember to yell ‘UNO!’ before you reach across the aisle and play your last card!”

A “veto” card, bearing the word “politics” with a prohibition sign slapped over it, allows players to skip over opponents who start talking politics, according to an image of the packaging.

The game was listed as out of stock as of early Wednesday afternoon on Walmart.com WMT, -1.03%, where it sells for $4.97.

More than half of Americans say that discussing politics with folks they disagree with is “generally stressful and frustrating,” according to a 2018 Pew Research Center report. Meanwhile, a Reuters/Ipsos poll taken ahead of President Trump’s January 2017 inauguration showed that 16% of respondents had quit talking to a friend or family member because of the election.

But political differences within a family aren’t as common as they appear to be in other spheres of life, according to one 2019 study by the nonprofit and nonpartisan Public Religion Research Institute. Just 39% of Americans report interacting with people of different political backgrounds within their own family, compared to 48% who say the same about their friend circles and 74% who say they those interactions happen at work.

In fact, among people who thought their family was likely to fight during the holidays, politics ranked as the second most likely reason for such a clash, according to a YouGov survey published this month. The top reason: longstanding family tensions.