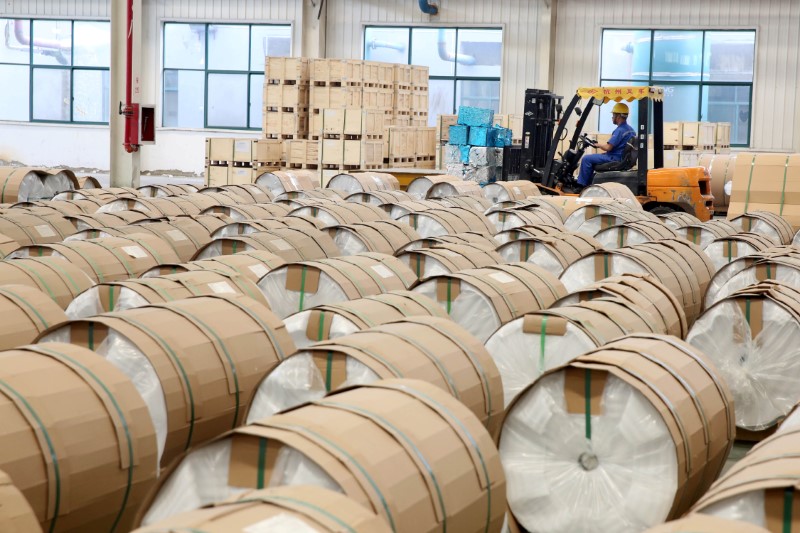 WASHINGTON (Reuters) – The U.S. International Trade Commission (ITC) on Wednesday said it had determined that U.S. industry was materially injured by below-cost imports of aluminum wire and cable from China, locking in U.S. antidumping and countervailing duties.

The U.S. Commerce Department in October said its final determination that Chinese exporters sold aluminum wire and cable at less than fair value in the United States. Such imports from China amounted to $115 million in 2018, it said.

The ITC said it would release a public report on its investigation backing the Commerce Department’s findings on Jan. 6.

In its final determination, Commerce assigned a dumping rate of 58.51% to 63.47% for the wire and cable imports from China. It assigned a subsidy rate ranging from 33.44% to 165.63% to the Chinese producers.

U.S. producers Encore Wire Corp of Texas and Southwire Co of Georgia had petitioned for relief from what they described as subsidized imports from China.

The Trump administration has stepped up enforcement of U.S. trade law, focusing heavily on what it calls subsidized imports from China. In October, it said it had initiated 184 new antidumping and countervailing duty investigations since U.S. President Donald Trump took office, a 235% increase from the comparable period in the previous administration.

The ITC on Tuesday backed Commerce’s finding of material injury from mattress imports from China.

The findings come amid strains in efforts by the United States and China – the world’s two largest economies – to work out an interim trade agreement before the end of the year.

Completion of a “phase one” U.S.-China trade deal could slide into next year, trade experts and people close to the White House say, as Beijing presses for more extensive tariff rollbacks, and the Trump administration counters with heightened demands of its own.