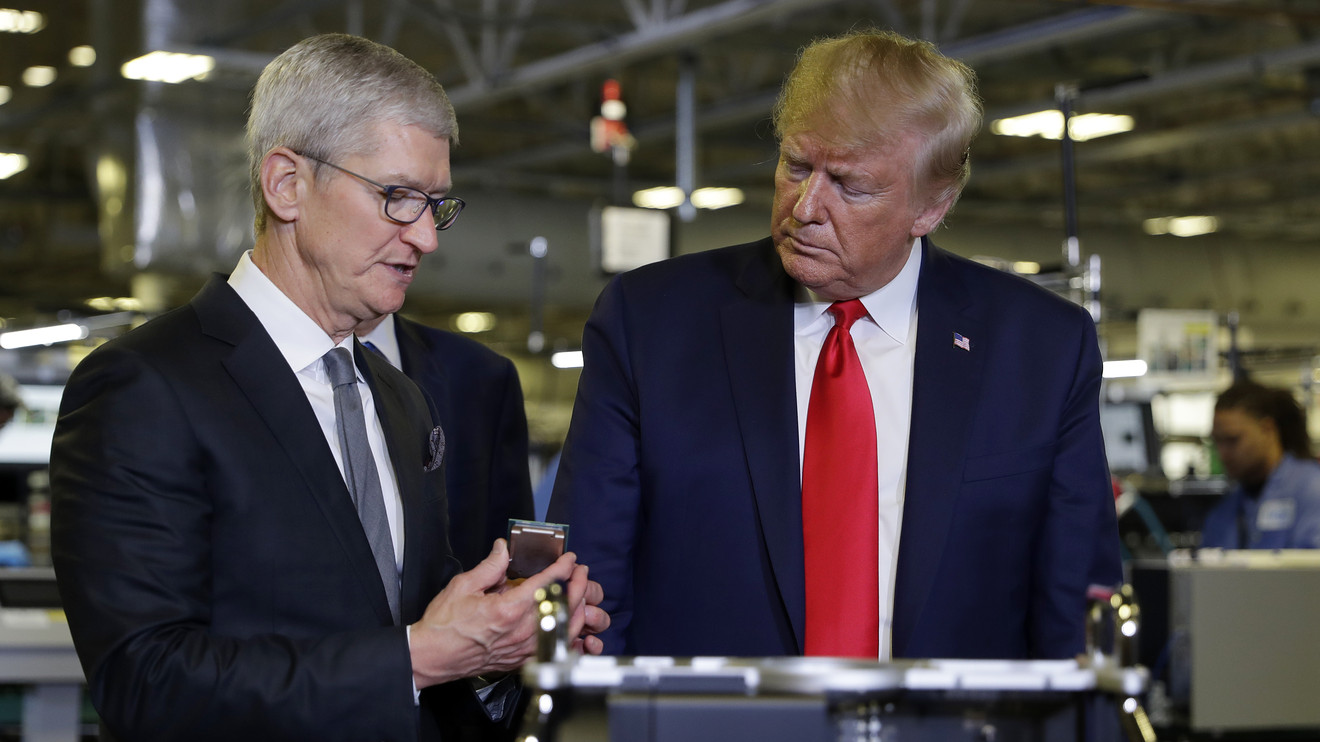 President Donald Trump’s months-long delicate dance with Apple Inc. and its chief executive, Tim Cook, reached a breakthrough of sorts late Wednesday, when the president said he is “looking” at exempting the iPhone maker from a coming round of China tariffs.

“We have to treat Apple on a somewhat similar basis as we treat Samsung,” Trump said during a tour with Cook of a manufacturing facility in Austin, Texas, that assembles high-end Mac Pro computers. (Samsung Electronics 005930, -2.80%   is based in South Korea, which has a trade deal with the U.S.) The appearance was the first by the pair at an Apple assembly line since Trump took office after campaigning vocally against Apple’s manufacturing practices overseas.

The campaign rhetoric led to a hot-and-cold relationship with Apple AAPL, -1.16%  and Cook on topics ranging from creating manufacturing jobs in the U.S. to Apple’s reliance on China to build nearly all of its iPhones. Apple has since broken ground on a $1 billion manufacturing facility in Austin, and Cook joined a Trump administration advisory board for job training in February. In 2017, Trump boasted Cook had “promised me three big plants — big, big, big.”

The trip to Texas, which took place while an impeachment hearing of Trump unfolded in Washington, highlighted Apple’s push to seek further relief from U.S. tariffs on imports from China and Trump’s efforts to convince U.S. companies to add more manufacturing jobs domestically. Approximately 20% of Apple’s annual revenue comes from China.

When asked if a trade deal with China would be reached by the end of the year, Trump on Wednesday said, “China would much rather make a trade deal than I would… I don’t think they’re stepping up to the level that I want.”

Plans for a limited “phase one” trade deal with China, announced last month by the Trump Administration, have progressed slowly.

Late Wednesday, the Trump administration said it has started approving exemptions to its blacklist against doing business with Chinese telecom giant Huawai Technologies Co., but did not mention which companies have been approved.