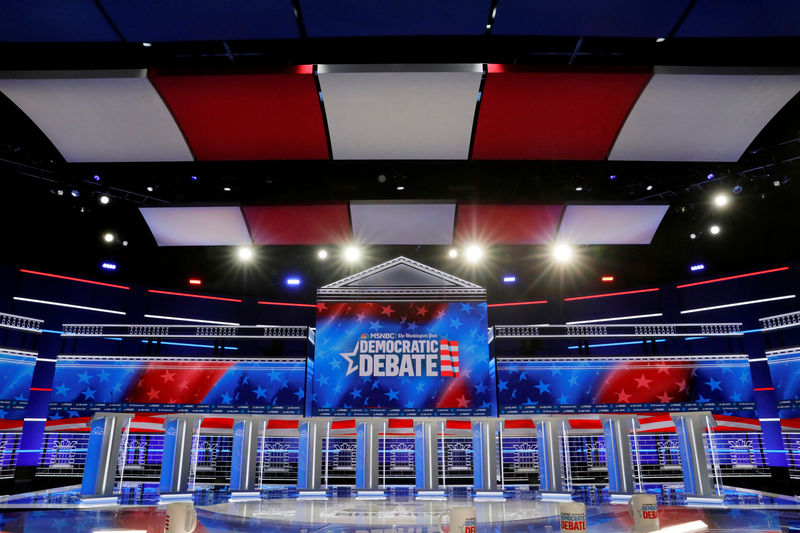 Still, healthcare remains a stark underperformer so far in 2019, rising 13% against a 24% gain for the broader market.

Investor worries that a Democratic president might usher in a Medicare for All health program that would decimate the role of private insurance and otherwise undermine the sector have clouded the stocks for most of the year. But some of those worst-case fears have been lifting, analysts said.

Healthcare investors have been “coming to grips with ‘you know what, we’re probably not going to get the radical changes initially thought or feared,’ and there’s just way too much negativity priced in,” said Sahak Manuelian, head of equity trading at Wedbush Securities.

Shares of health insurers have had a particularly strong run with the S&P 500 managed healthcare index jumping some 26% since early October, when the sector closed at its lowest point since the start of June.

Healthcare stocks rallied sharply on Friday after U.S. Senator Elizabeth Warren, one of the top Democratic presidential contenders and a Medicare for All proponent, revealed how she would implement her healthcare plan. It included a timeline that would initially retain many aspects of the current system, including employer-based private insurance, while transitioning Americans to the government health plan that currently primarily covers individuals 65 and older.

The overall healthcare sector rose 2.2% on Friday, its biggest one-day gain since January, with shares of insurers UnitedHealth Group Inc (N:) and Anthem Inc (N:) both climbing more than 5%.

“You took the worst case off the table that you’d put them out of business,” Jeff Jonas, a healthcare portfolio manager with Gabelli Funds, said of the insurers.

A key for the stocks from Wednesday night’s debate, Jonas said, is how prominent healthcare is as a topic and which candidate is perceived as likely to gain momentum in polls following the event.

Although worries about Warren’s plan have receded, she and fellow progressive U.S. Senator Bernie Sanders are still seen as more negative for healthcare stocks than more moderate candidates.

“A lot of people still in the short term trade just based off those poll numbers,” Jonas said.

Healthcare companies also are wrapping up a strong earnings season, with the sector overall posting earnings growth of 9.5% and revenue growth of 15.4%, both the highest rates of any S&P 500 sector, according to Refinitiv data.

Shares of biotech companies have been strong of late, fueled by dealmaking and promising clinical trial results, Manuelian said.

“I think you are starting to see catch-up in healthcare broadly into year end,” he said.