Home
Stocks
Vitaliy Katsenelson's Contrarian Edge: Why Tesla might be the next Apple and Elon Musk the heir to Steve Jobs
Prev Article Next Article 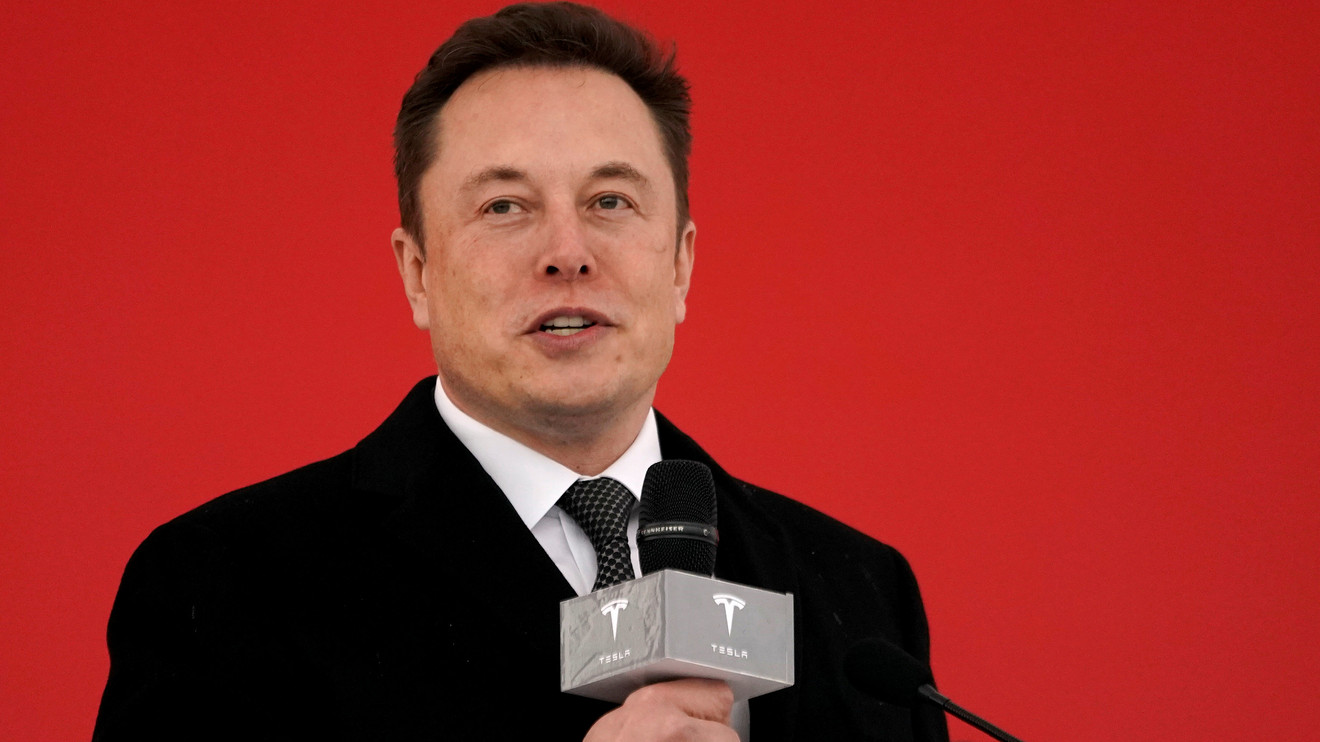 Throughout my analysis of Tesla, I have compared Tesla to Apple, the Model 3 to the iPhone, and Telsa founder Elon Musk to Apple co-founder Steve Jobs. What I am struggling with is this: Can Tesla become as successful as Apple, and can Tesla cars turn into an iPhone-like franchise, taking electric-vehicle market share from nothing to 10% to 30% of the global automobile market?

Tesla TSLA, +2.72%  has many advantages. It is not burdened by assets from the previous domain (gasoline cars). It is incredibly focused: if this electric car thing doesn’t work out, it is done — there is no plan B. Tesla’s vertical integration may work to its advantage, as it is competing against companies that have to rely on their suppliers and their messy alliances.

Tesla’s first-principles approach will allow it to be consistently years ahead of the competition. Despite its zero advertising budget — its advertising department is an army of one, Elon Musk, with 27 million Twitter followers — Tesla has one of the most iconic global brands. It is run by a relentless founder who is willing to put in hundred-hour weeks and sleep in the factory when needed. Tesla is years ahead of the competition on battery development (I am not 100% certain about its exclusivity, though) and software. Then there is the self-driving vehicle (with 1 billion miles of data), which may provide Tesla a lead that will be difficult for internal-combustion engine car makers and even Alphabet’s Google GOOGL, -0.55%   to catch.

Read more:  If Tesla and Ford Motor are about to wage war for the electric-car crown, you wouldn’t know it from this exchange

Tesla’s competitors, despite their strengths, also have the weaknesses of being profitable, dividend-paying companies with a decidedly lower tolerance for sustained losses.

But is Tesla another Apple AAPL, -0.30%  ? Is Musk an asset or a liability to Tesla? He may be both. Musk is a genius and a visionary. But he also is an incredible micromanager and a benevolent dictator who runs four companies. He is overworked and exhausted, and this to some degree explains (though doesn’t excuse) his erratic behavior and his tweets, too.

If something were to happen to Musk or he was removed from Tesla, what would happen to the company? Would Tesla turn into Apple after it fired Steve Jobs in 1985 or the Apple of 2011 after Steve Jobs passed away? The Apple of 1985 withered because it did not have enough breadth of products or the depth of management needed to replace a charismatic visionary. Jobs left a vacuum of leadership and vision when he was fired.

The Apple of 2011 was in a much stronger position and much more broadly based, with a stronger leadership team. Current CEO Tim Cook was handpicked by Jobs and groomed to replace him. And though Apple as a business has done well since Jobs’ passing, the company’s subsequent innovation has been evolutionary, not revolutionary. It has mostly improved the categories of products developed under Jobs but has not come up with anything significantly new aside from the Apple Watch. In fact, Apple has tried and so far failed at producing a car.

The Apple example shows that replacing a benevolent dictator/visionary is extremely difficult but not impossible. Success depends on timing, the company’s competitive and financial strength at the time, depth of management — and luck. Tesla nowadays seems to lack management depth. The company seems closer to the Apple of 1985 than of 2011, and can hardly afford to lose its overworked genius/benevolent dictator.

Tesla’s success will be determined by the financial viability of its business: Can the business finance itself? Tesla’s success as a stock will depend in the end on the company’s earnings power.

Just as the iPhone was initially not competing much against other smartphones but was really up against dumb phones, Tesla is not competing with the new EVs but with the 86 million ICE cars sold globally today. If Tesla survives in the short run and turns profitable, then I can see a path by which the company could start producing a few million cars a year.

Indeed, the answer to the question we’re asking lies to a large degree not with Tesla but with ICE carmakers’ ability to transition to the new domain of EVs. Tesla bears argue that ICE automakers will be coming out with dozens of EVs over the next few years. So far, reviews I’ve read on EVs made by traditional carmakers have been favorable, but the software interface still looks and feels like Nokia trying to patch its dumb-phone Symbian operating system onto a smartphone.

Tesla is growing at the speed of a Silicon Valley startup, but in addition to writing a lot of software, it is building Gigafactories, a global Supercharger network, service centers, and stores, and designing its own self-driving processor — all while competing against car companies that are better capitalized and on the 50th iteration of their ICE products (and thus have more consistent quality).

Tesla bears also argue that the car maker has quality and service issues. Some Model 3s that were rushed out to meet production goals were poorly put together, though it appears that the Model 3 production quality issues have been resolved. Even one of Tesla’s biggest critics, Bob Lutz, ex-CEO of GM, has raved about the quality of the Model 3’s design and assembly.

My personal experience with Tesla’s service has been excellent. But I read that Tesla is experiencing growing pains with its service. This makes sense — its serviceable car fleet has more than doubled over the past year-and-a-half. The Tesla technician who fixed my Model 3 speakerphone told me that his scheduling software still needs work, as he is sent to back-to-back appointments that are 50 miles apart. This doesn’t sound like a permanent issue, though; a quick software fix should resolve it.

One important advantage: Tesla has an incredible product and people who are fanatical about it.

Every time Tesla has stumbled, and it has stumbled plenty, it has gotten up, regrouped, and moved forward. One important advantage: Tesla has an incredible product and people who are fanatical about it. Tesla cars are superior to other EVs and actually to most non-EV alternatives. Talk to any Tesla owner and he (it is usually a he) will rave for hours about how much he loves the car. I have yet to meet a GM GM, -0.66%   or Toyota   TM, -0.52% 7203, -0.85%   owner with the fanaticism of a Tesla owner.

This is why Tesla spends zero on advertising (while ICE carmakers spend billions of dollars) but Tesla’s passionate owners create a bigger sales force than all GM, Ford F, -0.56%  , and Fiat-Chrysler   FCAU, -0.45%   dealers combined — a force that strengthens with every Tesla sold.

It’s still hard to tell whether Tesla will reach escape velocity and turn profitable before investors and capital markets lose their patience and willingness to finance its losses. By buying SolarCity, Tesla certainly made its journey more difficult. But Tesla is not sitting still and is trying to cut costs. Consider: The Model S had two miles of electrical wire, the Model 3 has “only” one mile, and the Model Y is expected (if it can actually be implemented) to have only 100 meters.

If Tesla is able to increase its production, incremental cost per car should decline. Let me explain. The cost of a car has two components, fixed and variable. Variable costs include the battery, tires, engine, etc. These costs don’t usually decrease much (though they do decrease some) as a larger number of cars are produced.

Fixed costs, like running a Gigafactory and developing software, decline on a per-car basis as Tesla increases its production. Assuming demand for Tesla’s cars continues to increase, the company’s gross margin (how much it makes per car) should increase, and thus it will reach profitability.

What is Tesla worth?

Now let’s figure out how much Tesla is worth. Will Tesla’s semi-truck or full-self-driving cars see the light of day over the next five years? I don’t know, but at that point it won’t matter. Let’s say Tesla sells its average car for $40,000. Today the average car in the U.S. sells for $38,000, but with the Tesla there are gas savings and little or no maintenance required, so I am giving Tesla a $2,000 benefit of the doubt. In fact, today the average Tesla sells for $50,000.

If Tesla makes $8,000 per car, that’s a 20% gross margin. Today it is at 18%, though this number is subsidized by environmental tax credits. Toyota and GM are at 18% or so. Musk’s goal is a 25% gross margin. (He is counting on Tesla’s ability to sell full self-driving, which has 100% gross margins but currently creates costs but little revenue.)

Now let’s say all of Tesla’s other expenses — R&D, general expenses, interest, and anything else — are $8 billion a year (currently less than $7 billion). With the above assumptions, Tesla would have a pretax profit of $8 billion. At 10x pretax profit, its market capitalization would be $80 billion, double today’s $40 billion.

Neither bears nor bulls will like the preceding math excursion. Bears would probably argue that Tesla may not be able to get to 2 million cars a year (because it will be sunk by SolarCity’s debt and losses), and if it does, it will not be able to achieve 20% margins. Bulls will argue that the above assumptions are too conservative — if Tesla can do 2 million cars, it can do 5 million.

Yet even in the worst case, if Tesla runs out of money and bond and equity investors lose faith in the company, it is unlikely to follow the fate of failed car companies. It will be bought by an ICE automaker or a Silicon Valley comrade (Google or Apple), which would save them billions in losses on R&D and getting up to scale. Investors would still lose money, of course, because at that point the distressed purchase price would be a fraction of the current stock price.

In the meantime, while the bulls and bears argue, I am fascinated by how my thinking about Tesla and ICE carmakers has changed since I spent a few hundred hours analyzing the industry. I don’t know what probability to put on this, but I can certainly see how Tesla succeeds if it reaches escape velocity and starts generating cash flows.

Read more:  How electric vehicles will disrupt the auto industry, including whether Tesla and traditional automakers will survive in the long run, and who’s right in the Tesla bull vs. bear debate.

Vitaliy Katsenelson is chief investment officer at Investment Management Associates in Denver, which holds no positions in any of the companies mentioned in this article. He is the author of “Active Value Investing” (Wiley) and “The Little Book of Sideways Markets” (Wiley).

How does one invest in this overvalued market? Our strategy is spelled out in this fairly lengthy article.

More: Tesla ‘Blade Runner’ pickup truck could be so futuristic that it leaves buyers cold