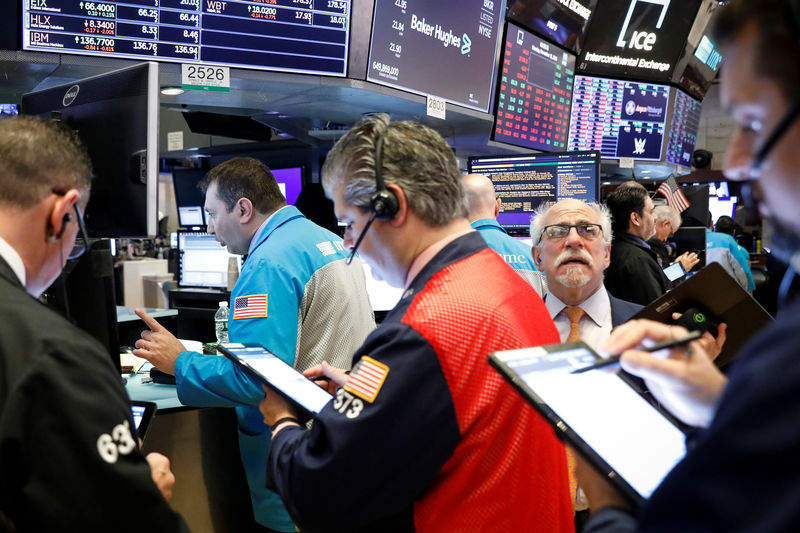 (Reuters) – Wall Street’s main indexes fell about 1% on Wednesday after a report said a “phase one” trade deal between Washington and Beijing may not be completed this year.

Completion of an initial trade deal could slide into next year, Reuters reported, citing trade experts and people close to the White House, as Beijing presses for more extensive tariff rollbacks, and the Trump administration counters with heightened demands of its own.

“The markets were certainly pricing in a completion of the deal by the end of this year,” said Art Hogan, chief market strategist at National Securities in New York.

“The market is now trying to ascertain how long will it take for both sides to agree to a truce.”

The world’s top two economies came tantalizingly close to a deal in May after a year of tariffs on each other’s goods, before talks fell apart.

Earlier a U.S. Senate measure aimed at protecting human rights in Hong Kong amid prolonged protests had escalated tensions with China and pressured the market.

Reports from Target Corp (N:) and Lowe’s Cos Inc (N:) were bright spots on Wednesday, with their shares jumping 12.3% and 3.4%, respectively, after the two companies raised their profit forecasts.

The declines were broad-based, with nine of the 11 major S&P 500 sectors lower. The trade-sensitive technology sector’s () dropped 1.3%, the biggest drag on the benchmark index. The Philadelphia Semiconductor index () slid 1.75%.

Focus now turns to the release of minutes from the Federal Reserve’s October policy meeting later in the day. The central bank cut interest rates for the third time this year at the meeting, but signaled it may be done with the easing for now.