Home
Stocks
Why investors in U.S. stocks shouldn’t underestimate Hong Kong as a big risk
Prev Article Next Article
This post was originally published on this site 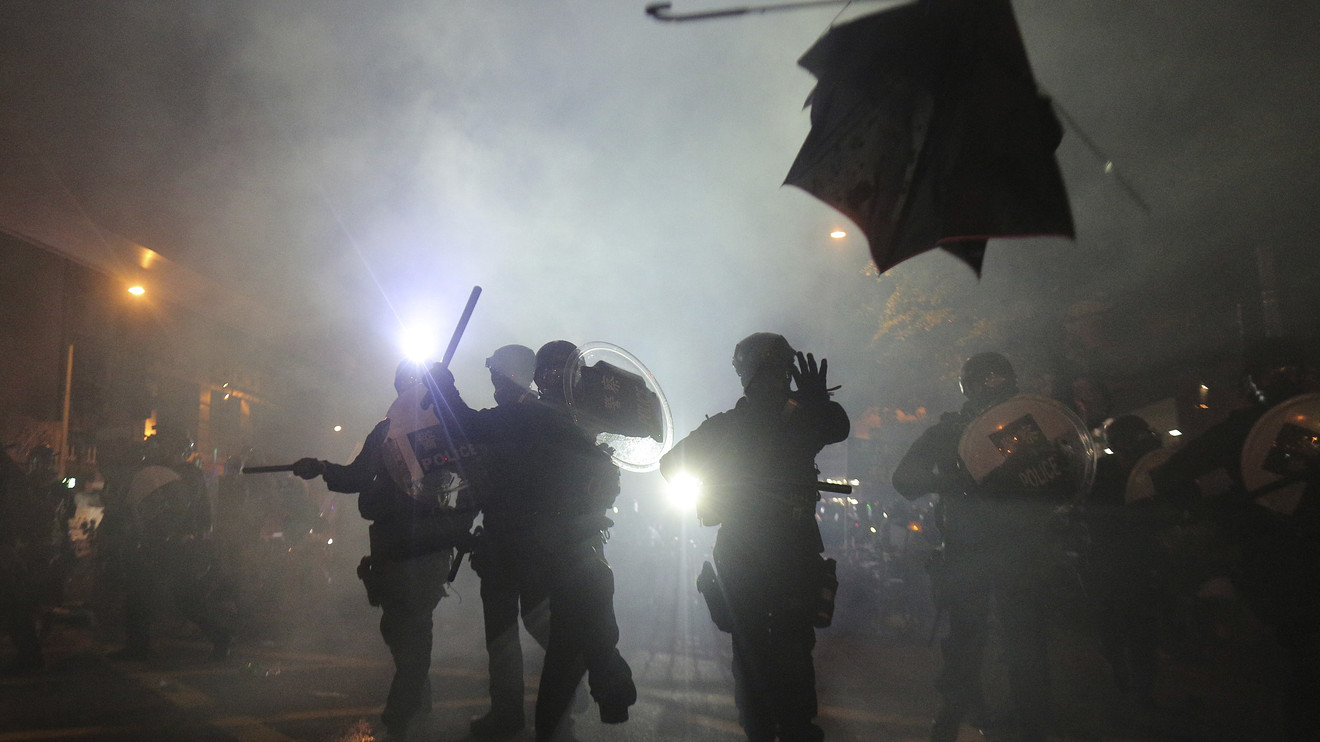 The U.S. Senate has unanimously challenged the Chinese government at a critical time for trade talks. In a boost for Hong Kong’s pro-democracy protestors, the Senate has passed the Hong Kong Human Rights and Democracy Act.

Clearly the senators have the guts to show that for them it is not all about money. However, for the momo (momentum) crowd in the stock market, it is all about money, and they dislike the senators’ decision. Let’s explore this issue more with the help of a chart.

• As shown on the chart, sentiment is very positive but not yet at the extreme. At the extreme, sentiment is a contrary indicator. In plain English, when sentiment becomes extremely positive, stocks tend to fall. The reason is that at extreme sentiment, everybody who is going to buy stocks has already bought them.

• Apple AAPL, -1.59% is a key stock for this market. Sentiment in Apple stock is already approaching extremely positive.

• As shown on the chart, the trend line has not yet been violated but the slightest bad news on trade could make the stock market break the trend line.

• The chart shows the first sign of waning momentum in the relative strength index (RSI).

• The chart shows that volume remains low. Traditionally this indicates lack of conviction and is a negative. Paradoxically, due to the approaching year-end performance chasing, low volume can be a huge positive. The reason is that lagging money managers have not yet fully thrown caution to the wind and started buying.

• China is very sensitive to the Hong Kong issue. Sometimes investors forget that China is still a communist country. The biggest risk the communist party faces is that if Hong Kong protests are not quelled, democratic reforms may spread to mainland China.

• Here is the key question: How will China respond? Let’s look at history. China has made threats but did not do anything substantial against the U.S. on sanctions over human rights in the autonomous region of Xinjiang. In Xinjiang, apparently over one million Muslims are in internment camps, according to some reports.

• The Senate’s action poses a quandary for President Trump. Will Trump stand up for American values or turn a blind eye to spreading American values in the interest of selling more soybeans and pork to China?

Ask Arora: Nigam Arora answers your questions about investing in stocks, ETFs, bonds, gold and silver, oil and currencies. Have a question? Send it to Nigam Arora.

The probability is high that Trump may not back the Senate and stays focused on getting phase one of the trade deal done. However, Congress may not give Trump a choice, and Trump may be forced to veto a bill. In this scenario, there are likely to be enough votes to override his veto.

Investors should not dismiss the Hong Kong issue. Wall Street is assuming that phase one of the trade deal will get done. If it does not get done, watch out below. Two points we have made previously are very instructive.

1. Make no mistake that this market is controlled by the momo crowd. Buying in the stock market is taking place not because of fundamentals or macro, but because the market is simply going up. Please see “‘Performance chasing’ and Trump’s impeachment process could push the Dow to 30,000.”

2. The scenario can easily switch from performance chasing that is causing the upside surge to locking in profits, which could cause a steep drop in the stock market. Please see “Everyone is bullish on stocks all of a sudden — here’s why you shouldn’t be.”